Proof that you can abuse yeast dough and still turn out a great loaf of bread. 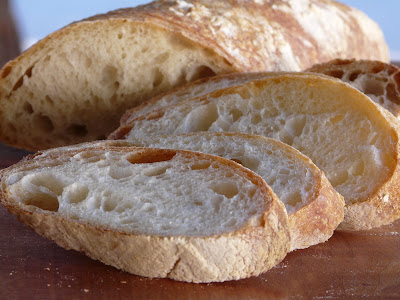 I started a double batch of dough for French baguettes early Monday morning with the intention of baking half on Tuesday morning and the other half on Wednesday morning. But plans change. Moe had to go to Victoria Tuesday to pick up the new stove and hood vent.

Early Wednesday morning I took the second half of the dough out of the fridge and left it to come to room temperature. Again plans were changed when we had to go out. The dough had been out for almost two hours and was almost ready to work with when I put it back into the fridge. We didn't get home until about 4:00. I had no plans for dinner so I decided to take the dough out of the fridge again and use it to make a pizza for dinner. Once again it was left to come to room temperature . There was enough dough for a large pizza and a loaf of bread.

The pizza was topped with mushrooms, chorizo and fresh mozzarella 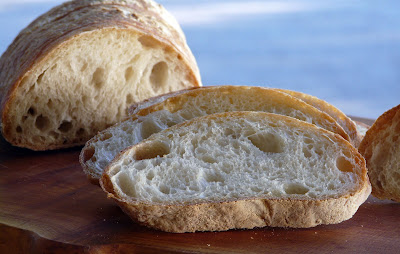 I had my fingers crossed that the dough still had enough 'OMPH' to rise. 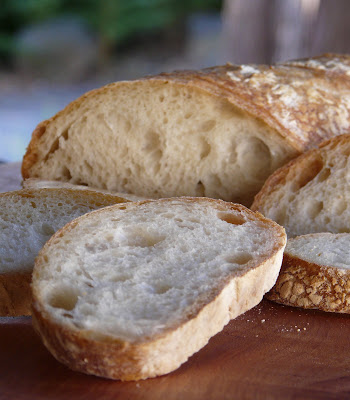 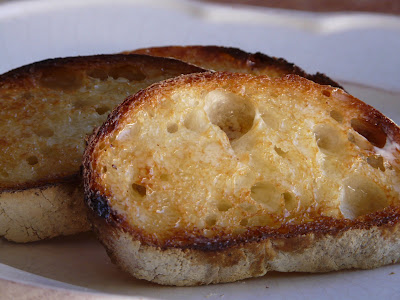 This bread makes the best toast. All those little nooks and crannies for the butter to seep into.
Posted by Thibeault's Table at 9:17 PM