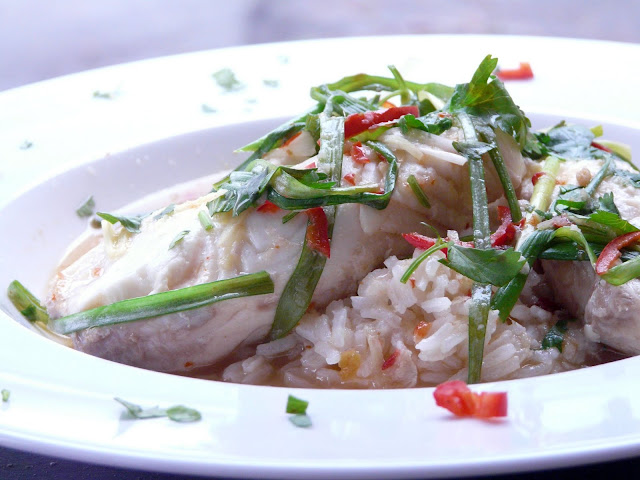 I wanted halibut again and picked up two nice big steaks rather than fillets.  I prefer the fillet cut, but the steaks were priced at $2.00 per 100g and the fillets at 3.99 per 100g. And since they taste the same I decided to go with the steaks and just bone them out before cooking.
No recipe - just winged it.
I sauted some garlic and ginger in a little peanut oil, added some chicken broth, sesame oil, a splash of rice wine vinegar and a spoonful of garlic chili sauce.   Simmered for a few minutes and then added the halibut. Covered and simmered until fish was cooked. 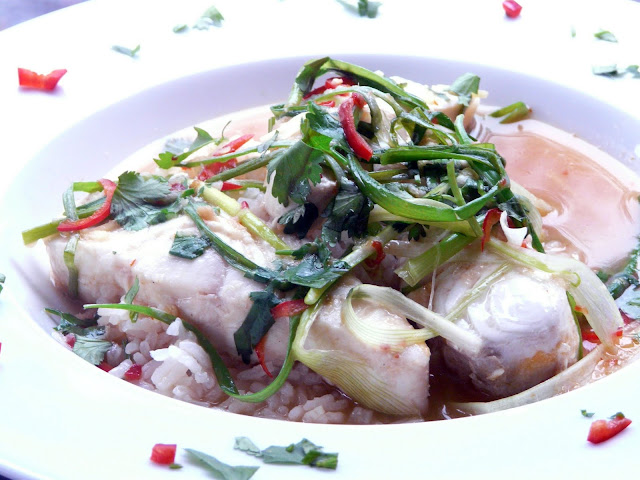 Just before serving, the fish was topped with some green onions cut into long strips, julienned ginger, cilantro, and a small red chili pepper also julienned.  Served in  shallow pasta bowls over steamed jasmine rice.    I loved the combination of flavours and expect this meal to be on the menu often during halibut season.
Thankfully Halibut has a very long season.
Posted by Thibeault's Table at 12:25 PM