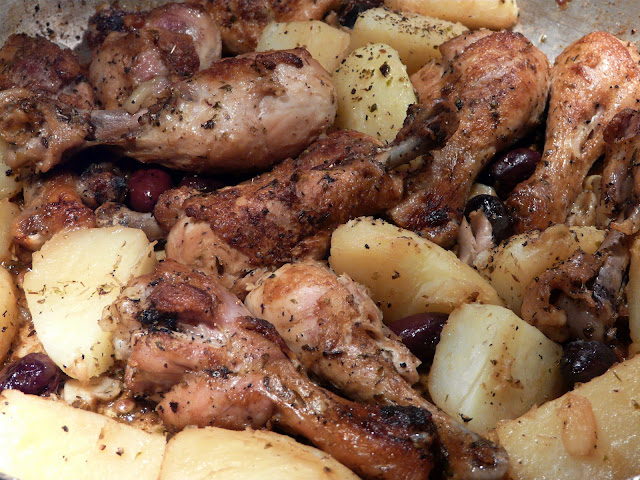 I shopped on the way to work yesterday for dinner ingredients.   Nothing really was appealing to me so I just picked up a package of chicken legs and would figure out later what I would do with them.  Decided to go with Greek Lemon Chicken with roasted potatoes. 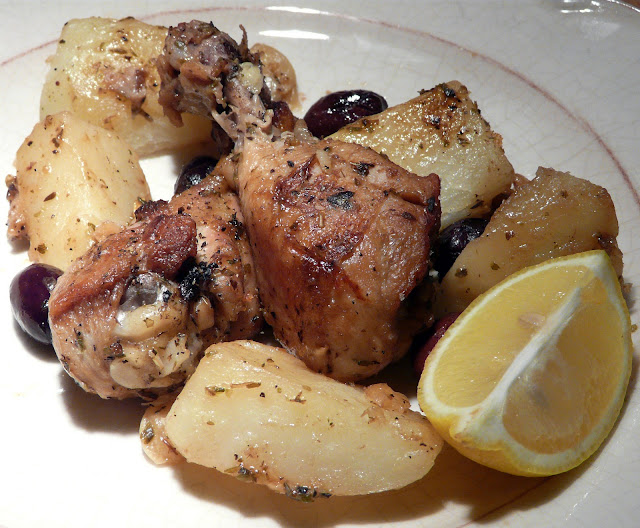 Basically a one pot meal.  I browned the legs, added a whole head of garlic cloves, kalamata olives,  seasoned with oregano, salt, pepper and the juice of two lemons and 1/2 cup chicken broth. Covered and into a 400°F oven for about 20 minutes. 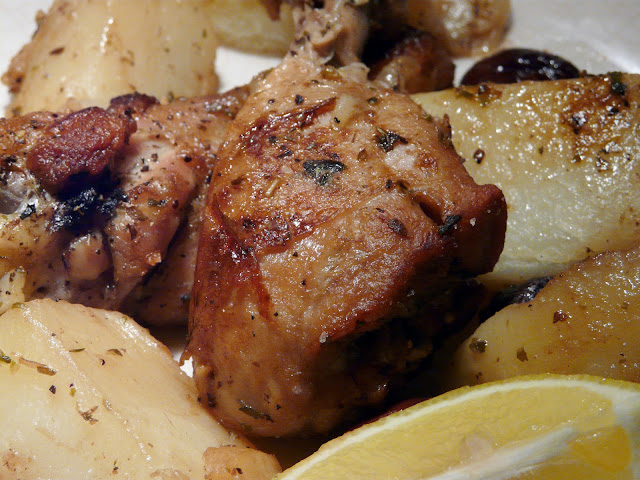 Potatoes were cut into pieces, par boiled for 5 minutes and then tossed in with the chicken and continued to cook for another 20 or so minutes until potatoes were tender. 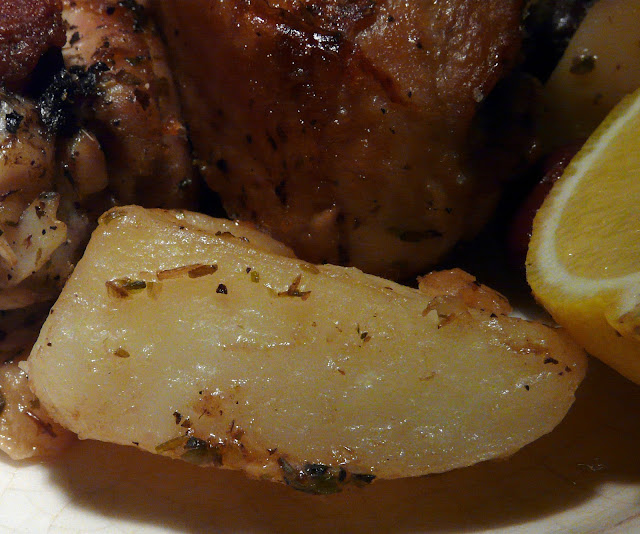 Posted by Thibeault's Table at 8:26 AM