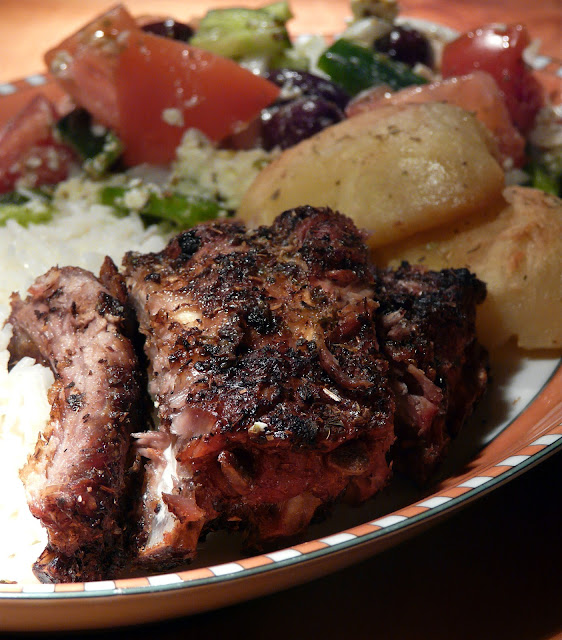 We had "Greek" again this week.  This made Moe really happy because I actually made him a  salad.

If you have been reading my blog for a while you have probably noticed the absence of salads.   I can make them, I just don't care for them.  Food should be satisfying and I  get no satisfaction from eating a salad.

I love Greek food..  Having lived in both Toronto and Vancouver, both with large Greek populations, we have eaten a lot of Greek food over the years.  Greek Ribs ranks near the top on my favourites list. 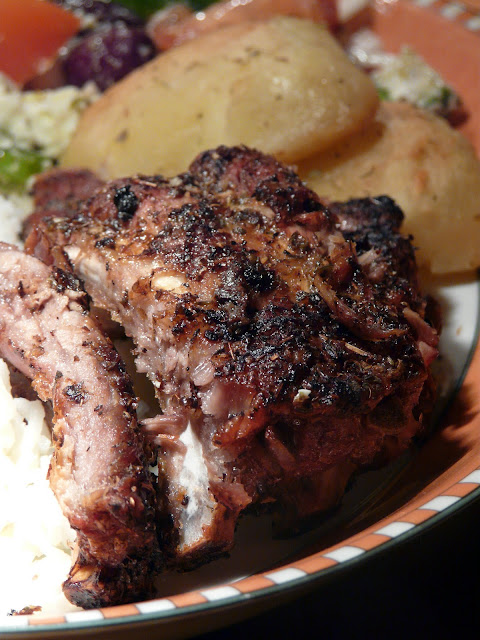 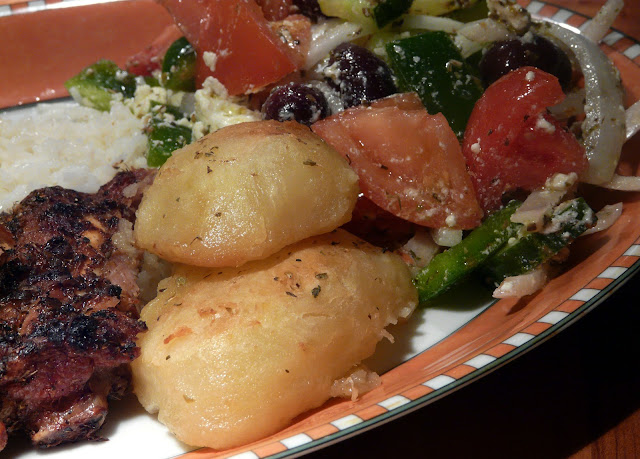 Served with  both rice and potatoes and 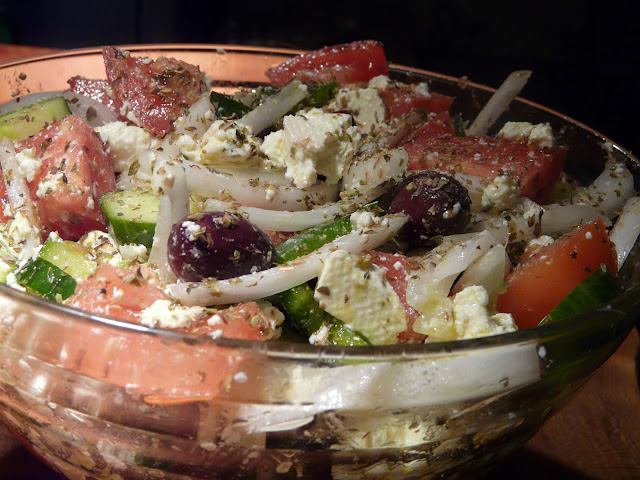 Mince garlic and press with back of knife to turn into a paste. (or use a microplane). Rub ribs with garlic, rub on oregano, salt and pepper and lemon zest if using. Squeeze juice of whole lemons over ribs (30 mins to an hour before cooking)

Note: These can be marinated earlier in the day or overnight, but do not add the lemon juice until a few hours before grilling or the lemon will change the texture of the meat.

Heat grill to high (both sides)

Place ribs on one side of grill or the middle (depending on Grill) and turn that side off. Lower other burners to medium. Cook, turning occasionally until ribs are tender.

On my grill they take about 45 minutes to an hour depending on the size of the ribs but could take longer depending on grill being used.

A Greek Salad is the easiest of salads to make. It is one of the few salads that I actually like.

Just cut up all the vegetables, sprinkle with oregano, salt, pepper and the feta cheese and drizzle with olive oil. The better the ingredients the better the salad, so if you can, use an imported Feta, preferably a Sheeps Feta, and a good quality Extra Virgin Olive oil. This salad is even better in the summer when local tomatoes are in season.
For something a little different, stack the ingredients; Olive oil over a thick slice of feta, sprinkle with herbs and bake in the oven until the cheese is hot and starting to melt then, place on top of your salad.

Posted by Thibeault's Table at 6:29 AM