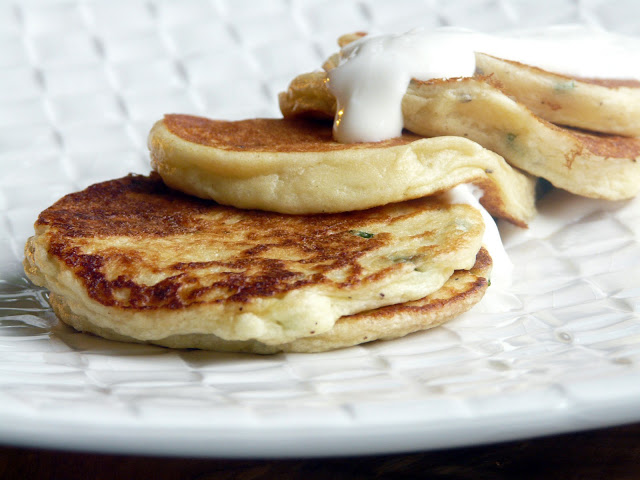 Today I  tried a  potato pancake made with mashed potatoes, lightened with beaten egg whites.

These pancakes are so light and tender.

These could easily become my favourite. 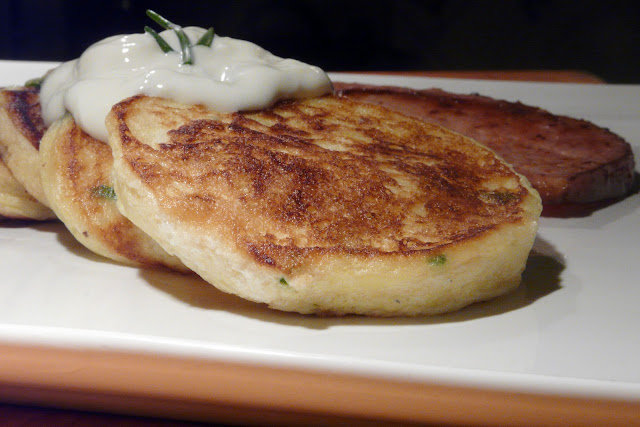 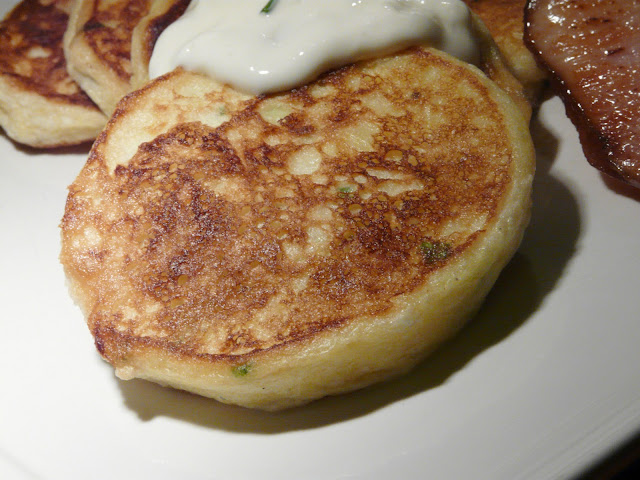 Moe had his with Canadian Back Bacon and 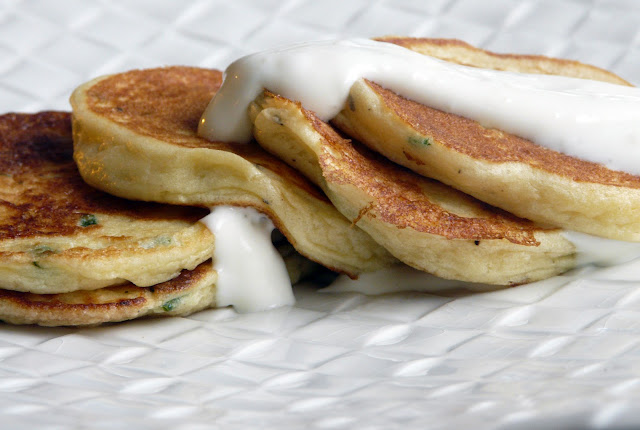 I had mine all on their own topped with sour cream.
The recipe comes from The Daily Spud.  You can find the original recipe  here.
The only changes I made were to use baking russet potatoes rather than a waxy potato  ( I never use waxy potatoes) and I added fresh ground black pepper and chives.
Mere Blanc's Potato Pancakes
Print Recipe 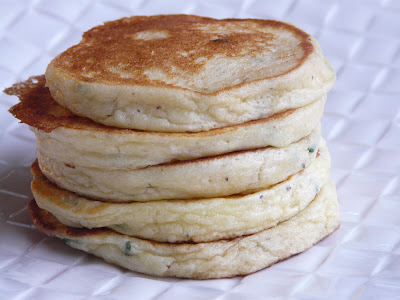 From: www.thedailyspud.com
with very minor changes.

Beat Egg Whites until stiff.  Fold into potato mixture.  Do not over mix.  This is a light but thick batter.

Heat a griddle or skillet. ( I used a rectangle electric frying pan) . Brush with butter.   Using a 1/4 cup  measuring cup drop batter on to griddle.  Cook until pancakes are brown and then flip.  Serve with sour
cream.
Posted by Thibeault's Table at 9:09 AM