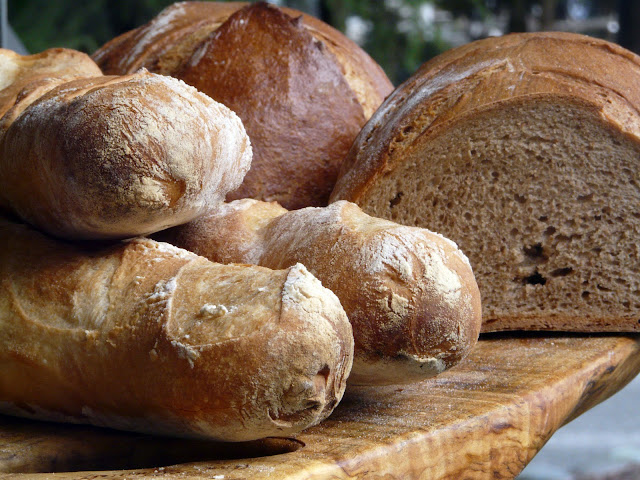 My favourite kind of day  - one spent in the kitchen.

I started a biga yesterday morning with the idea of using it in a batch of bread later in the day.
Never got around to it so..... I fed it again before going to bed.

This morning I used half the biga in a batch of Rye bread and the other half in a double batch of French Baguette dough. 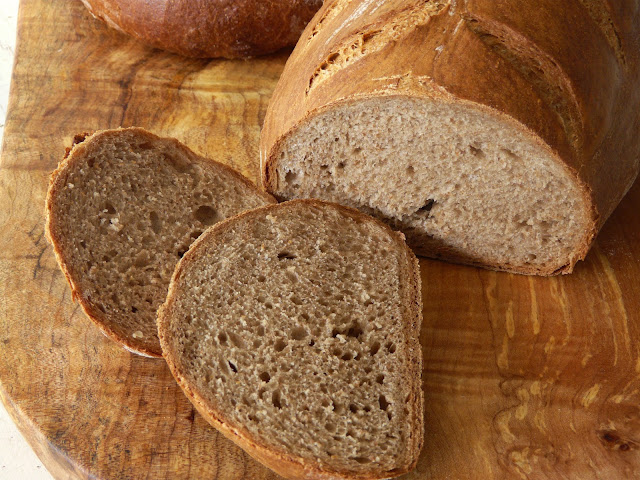 The French dough needed a double rise before shaping so the Rye was ready to bake first. 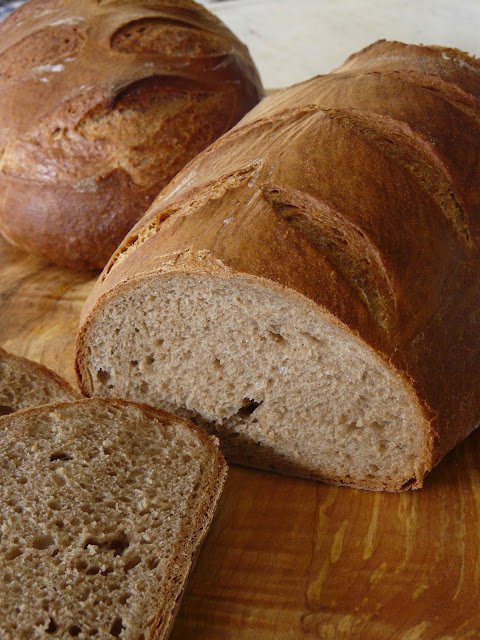 I roasted a red bell pepper that needed to be used up and made a half portion of my favourite Tuna Pate. 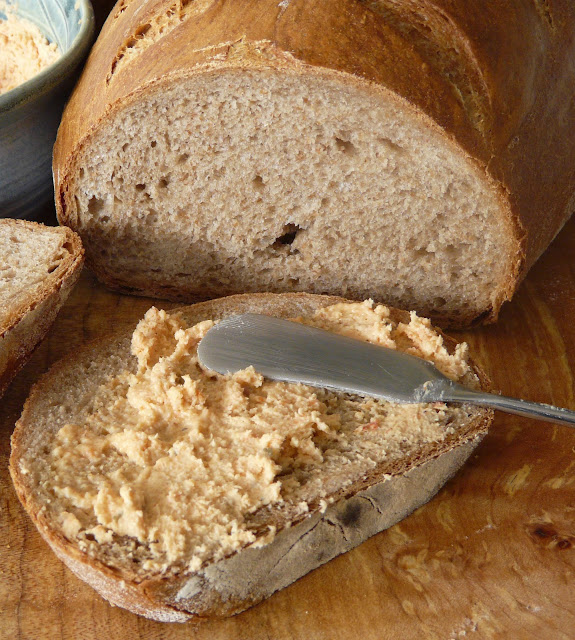 And we had it on rye for lunch. 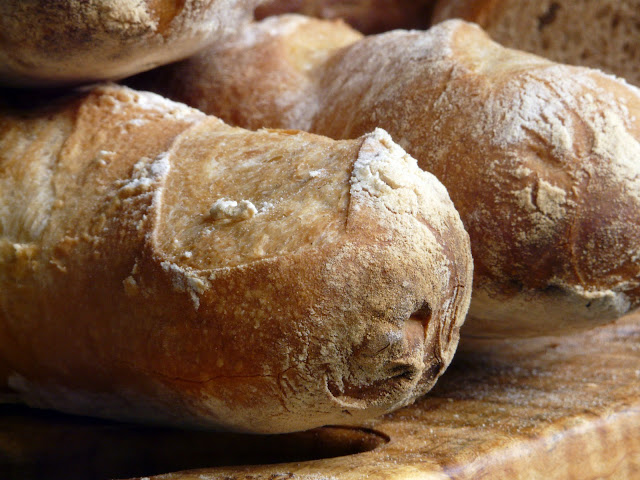 When the baguette dough was ready to go I divided it in half and made three small baguettes and the other half is in the fridge and will probably end up as pizza on Friday or Saturday night.

While the dough was rising, I put a pot of Bolognese sauce on to simmer and I also made a batch of pasta dough. 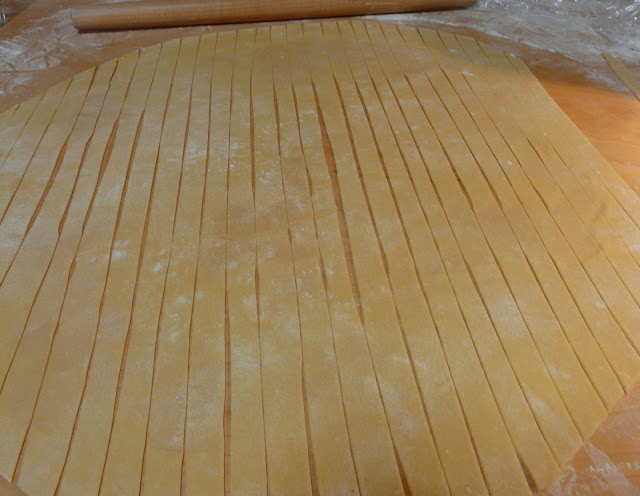 Once the last loaf of bread went into the oven, I rolled out the pasta dough and hand cut 3/4 inch wide noodles (Pappardelle style).


Mix the two flours and cocoa together.  Add water. Mix by hand.
Cover and let rest (autolyze) for 20 to 30 minutes.

Mix the yeast with 2 to 3 teaspoons water.  Let sit for a couple of minutes.
Add to flour along with salt and butter. Use the pinch and fold method to incorporate. Do this 4 or  5 times. Cover and let rest
again for 20 to 30 minutes.

Stretch and fold the dough three or four (or more)  times about 20 minutes apart. And then leave to rise until more than double.

Bake in a preheated 500°F oven for 20 to 25 minutes.  Spray loaves  and add some  steam by tossing some water into a pan in the
bottom of the oven.   Bake until  internal temperature reaches at least 205°F.

Posted by Thibeault's Table at 5:26 PM