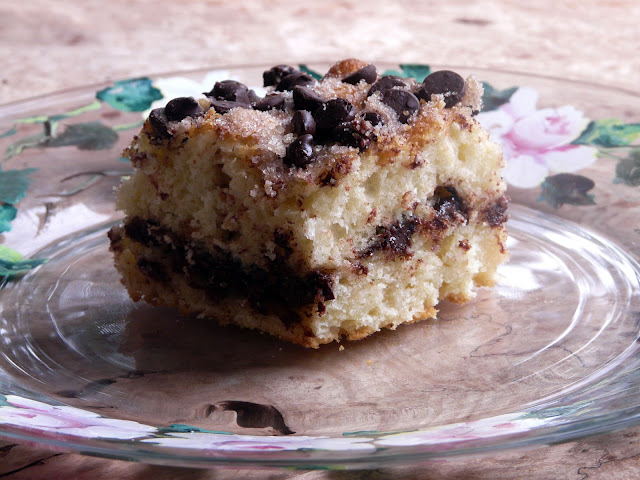 This is my idea of what breakfast should be. The perfect accompaniment to a strong cup of French Press coffee.
It was a big hit with  Moe as well.
Unlike most recipes, I did not make any adjustments.
Deena's version of this cake is perfect as is.

Preheat your oven to 350 degrees, grease and flour a 9x13 cake pan.

Sift together the flour, baking powder and baking soda, and set aside. Whip the egg whites into stiff peaks, and set aside as well.

Cream together the butter and sugar until it's light and fluffy. Add the egg yolks and vanilla, and beat until well-incorporated. Gently mix half the sour cream into the batter, then half the flour mixture, then repeat with the remaining halves (being careful not to over-mix). Mix in about a third of the egg whites to lighten the mixture, then gently fold in the remainder, again being careful not to over-mix.

Posted by Thibeault's Table at 5:33 AM