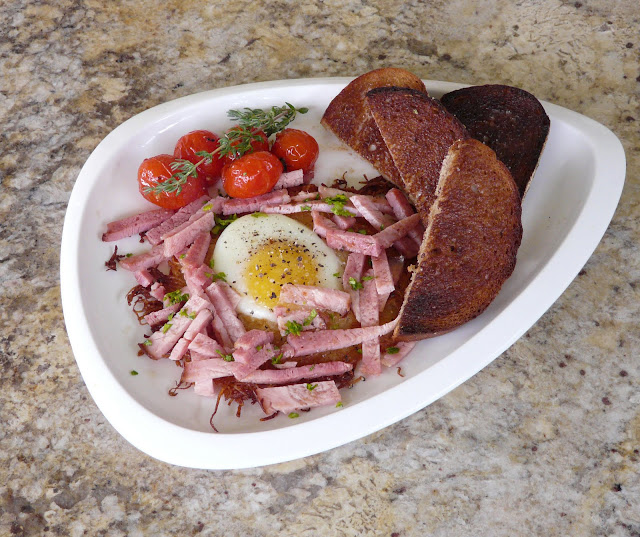 Earlier this week I saw a photo of an egg baked on a potato rosti and decided to make the same thing for our breakfast.  No recipe accompanied the picture, but really a recipe wasn't needed. 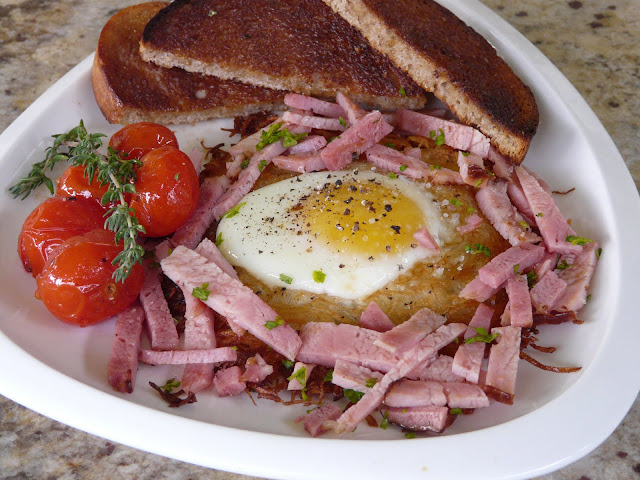 Rosti is very easy to make.  Basically, just grate a russet potato, squeeze out the moisture and season.  It can be seasoned a number of ways.  A little garlic or grated onion, herbs, etc...
I browned the roti in a little butter, and then placed it on a parchment covered baking sheet, topped it with an egg and baked it  in a 400°F oven just until the egg was set. 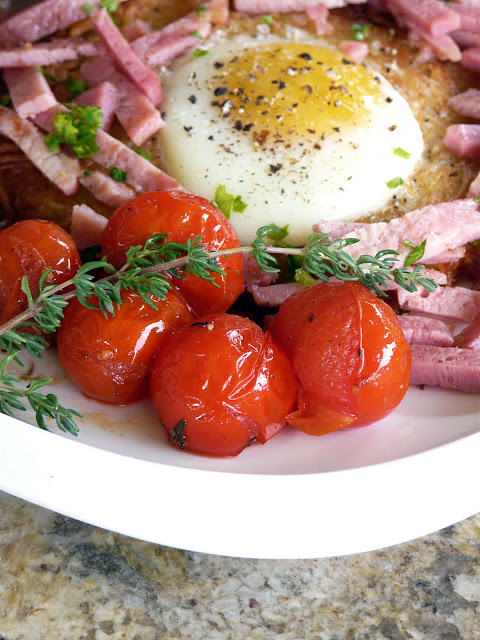 Garnished with Canadian Back Bacon and sauteed cherry tomatoes.
Posted by Thibeault's Table at 7:03 AM