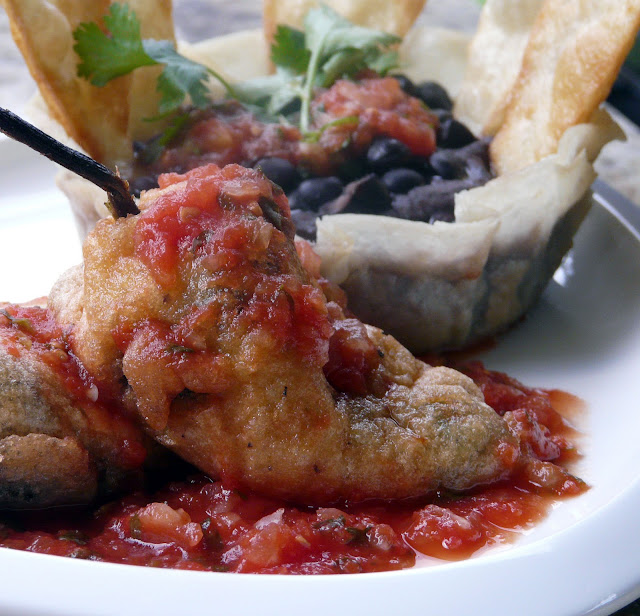 One of the farmer's market vendors had Poblano Peppers for sale.   They were quite small so I bought six.


I got dinner started this morning before I had to leave for work. 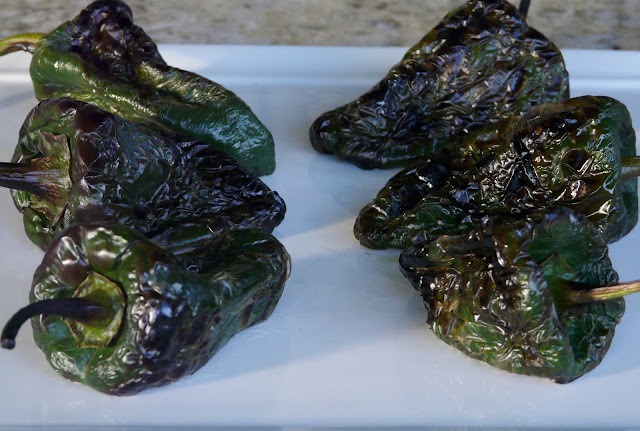 I roasted the peppers,  and, I put a pot of black beans on to simmer.

The beans needed to cook a little longer so
I left Moe responsible for turning off the stove when the beans were tender. 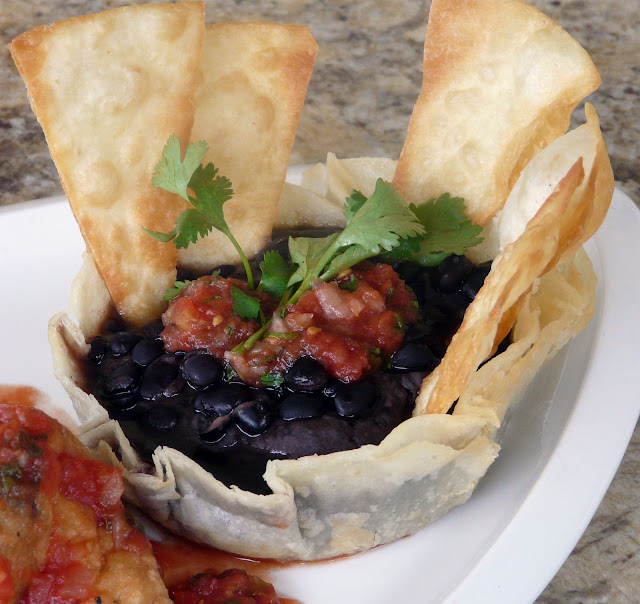 First thing I did when I got in from work was to cut up some flour tortillas and fry the wedges.  And I fried two of the tortillas and shaped them around  ramekins to form  bowls.  They became the vessel for the Black Beans. 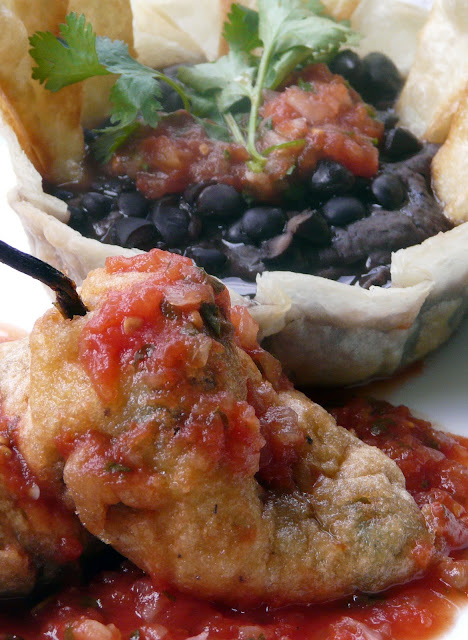 Next I made the salsa, and put the sauce on to simmer for the rellenos.   Since the Poblanos were roasted and seeded earlier, all that needed to be done was to stuff them with the cheese, prepare the batter and fry them.

The beans were semi mashed and served in the tortilla shell topped with salsa. 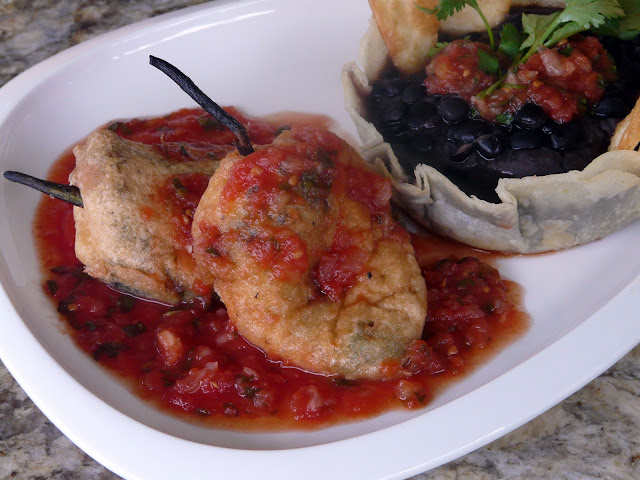 Monterey jack cheese
2 or 3 eggs separated
1 tablespoon flour
salt and pepper
oil for frying
Cut cheese into finger size pieces.
Carefully shove the cheese stick into a pepper being careful not to split it.
Heat about 1 inch of oil in frying pan.
Beat the egg whites until medium stiff peaks form. do not overbeat.
Beat egg yolks with salt, pepper and the tablespoon on flour.
Gently fold the whites into the yolk mixture.
Dip the pepper stuffed with cheese into flour and then into the egg mixture. Carefully add to the oil. If needed, spoon a bit of the egg mixture on top of the pepper while in the pan. (these fry quickly), flip over and fry other side. Remove and drain on paper towels. Continue cooking until all of the peppers are cooked.
Serve Chili Relleno with sauce on the side OR Place the fried chile rellenos in a casserole dish and pour the sauce over them. Bake in a 350 oven for 20 to 30 minutes.

Place the tomatoes, peppers, onion and garlic in blender and pulse. Puree leaving a little texture.

Heat oil in sauce pan. Add tomato chili mixture and simmer until the sauce thickens. About 5 minutes. Remove from heat and seaon with salt and add the cilantro .
Posted by Thibeault's Table at 9:59 PM