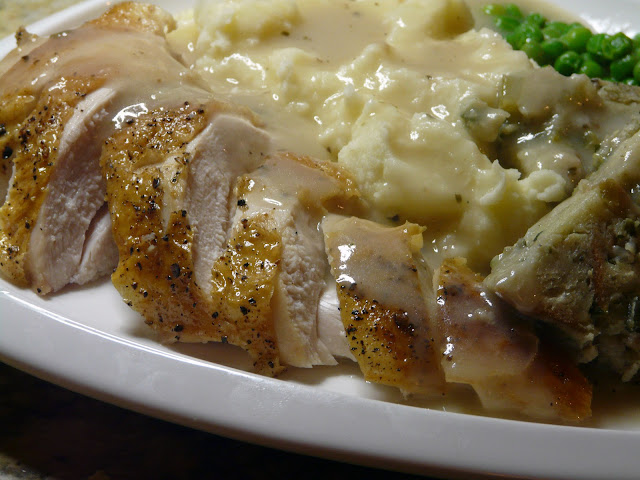 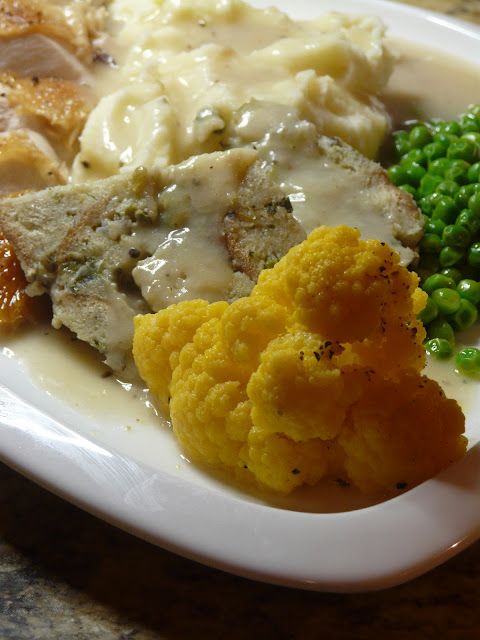 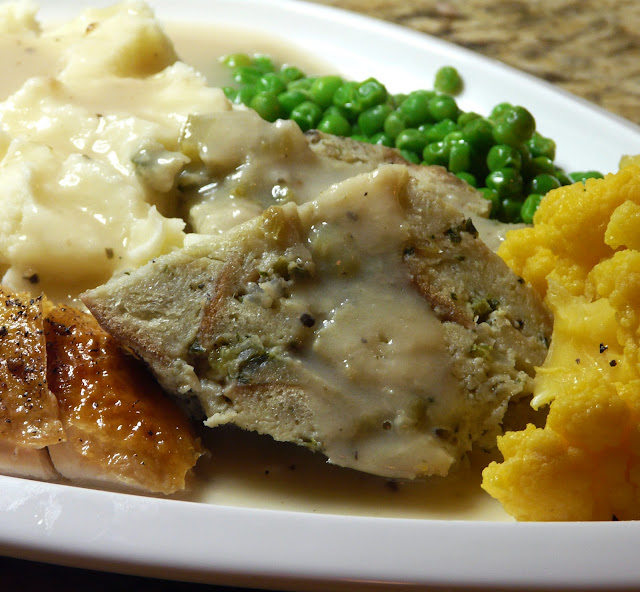 and a German Style Bread Dumpling.
When I was a teenager I dated a boy from Germany.  His mother's cooking was very different from my mom.
She was an amazing baker. Every Sunday they would have "Coffee" served with beautiful fruit topped tortes, Black Forest Cakes and yeast based Kuchens.  One of my favourites was topped with fresh red currants. 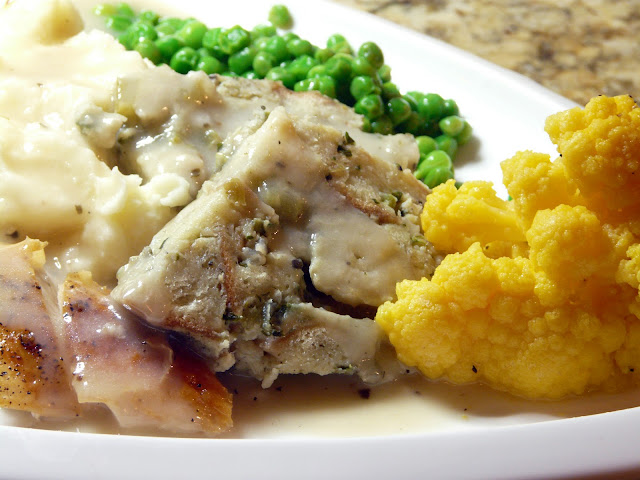 She also made a Bread Dumpling that she served in place of stuffing or dressing dressing with Christmas Dinner.    I loved, loved, loved this dumpling.
The only thing I remembered was that the name sounded something like Napkin.  I eventually found a recipe for Serviettenknoedel.  Serviette/Napkin.  I was close.
Exactly what I was looking for.
Over the years I have adjusted this dumpling making it with my standard bread stuffing/dressing.  The difference  is the addition of eggs, a moist mixture, that gets wrapped in buttered cheesecloth, shaped either like  a sausage or into a round, and then poached in salted water.

This is just a basic Outline.

Add eggs.
( I use three to four depending on the amount of bread)
Mixture should be moist.

Bring a large pot of salted water to a boil.

Butter a large piece of double or triple Cheesecloth (or a clean dish towel or napkin). Pour bread mixture on to cloth and roll, tying at both ends to form a log. Or shape into large round dumpling and twist at top.

Place dumpling in water and lower heat to a simmer. Cook for about 50 to 60 minutes.

Remove from water and let cool slightly before unwrapping. Slice and serve with gravy/sauce.
Posted by Thibeault's Table at 8:15 AM