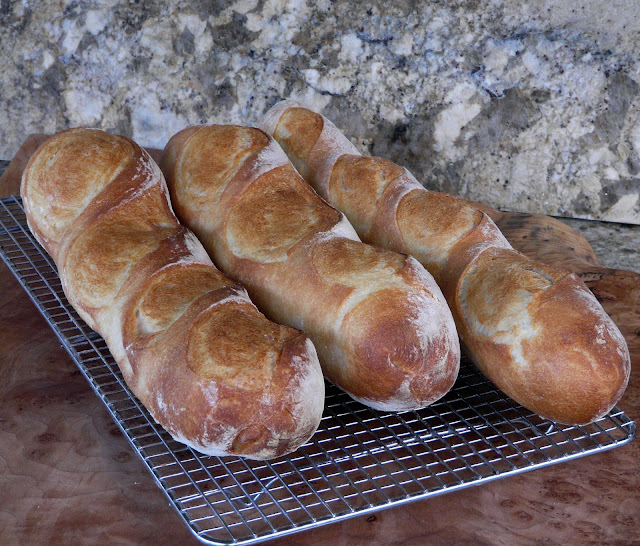 I use a Magic Mill that I have had for about 16 or 17 years.
It does all the kneading and is wonderful at kneading a wet dough.

This is what the dough looked like after it had been kneaded.

I recently purchased a large rectangular container to use for large batches of dough.

This container holds up to 16 litres. 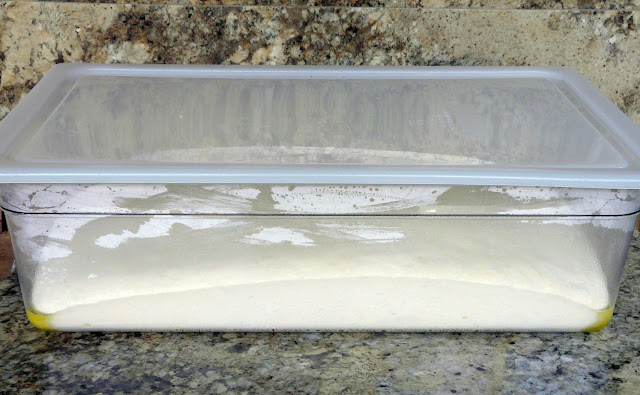 After about  90 minutes the dough had doubled. 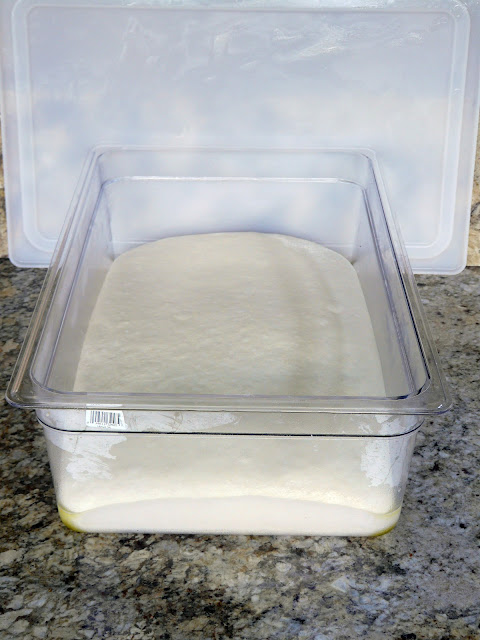 After the first rise the dough was knocked down and
then left to rise for a second time. 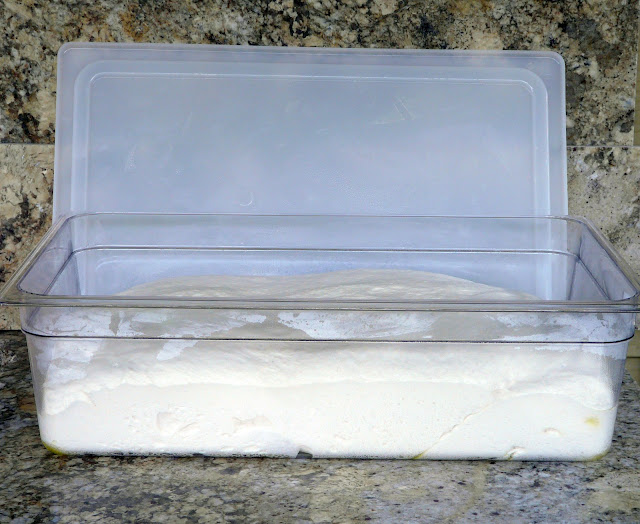 This is what it looked like after the second rise. 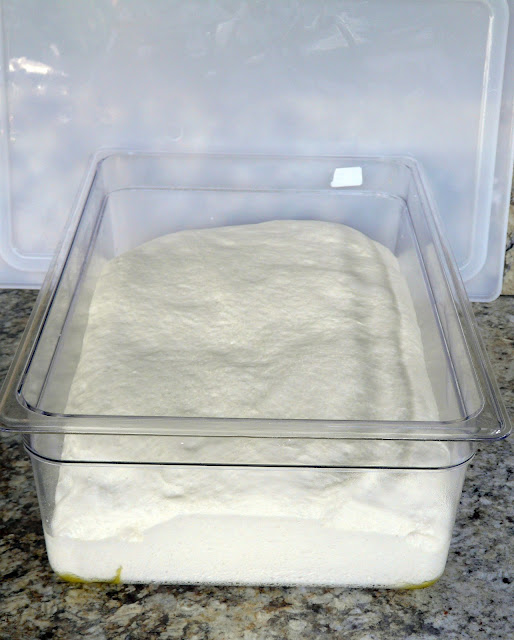 Took less than an hour to double again.

I  used 1/3 rd of the dough and formed three loaves.

The remaining 2/3rds went back into the container and into the fridge and will be used up over the next two or three days. 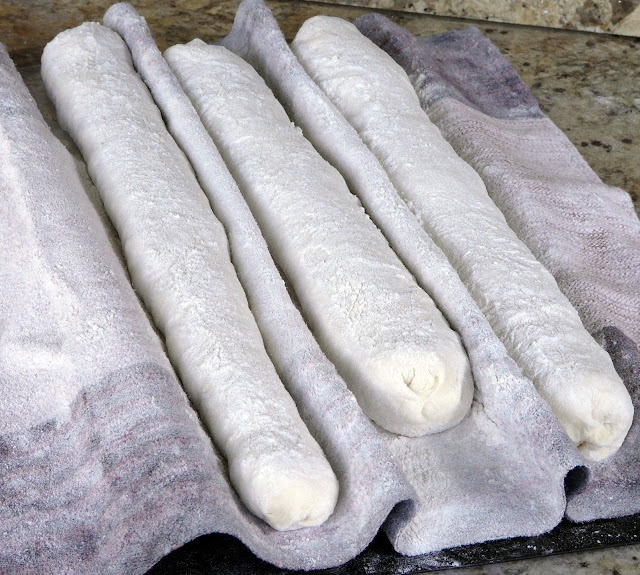 Shaped
and then covered with a towel. 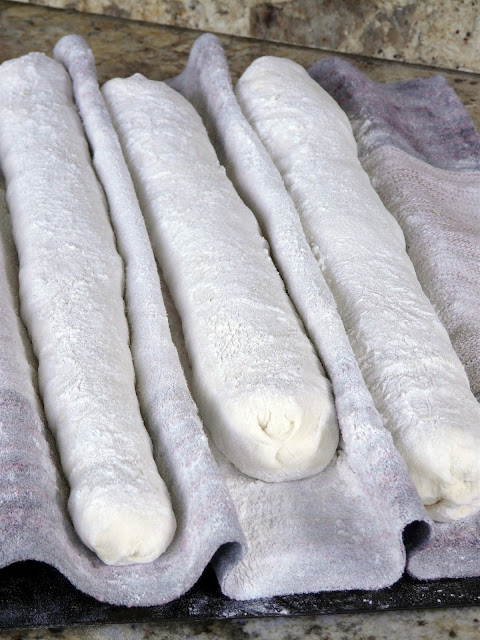 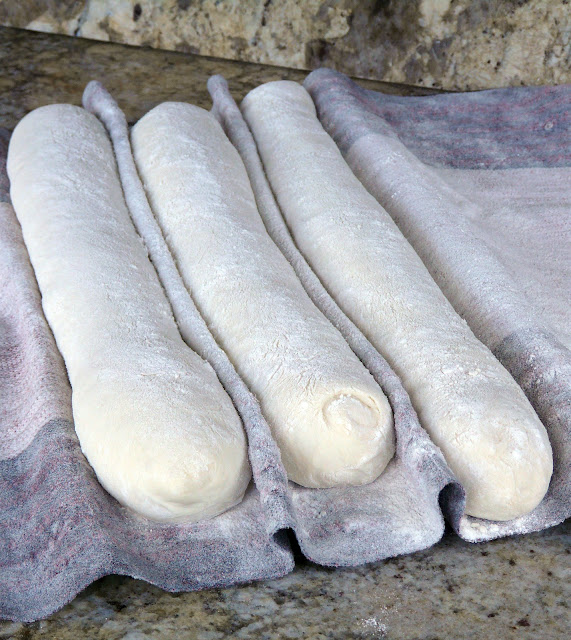 What the loaves look like when they are ready to bake.
Almost doubled. 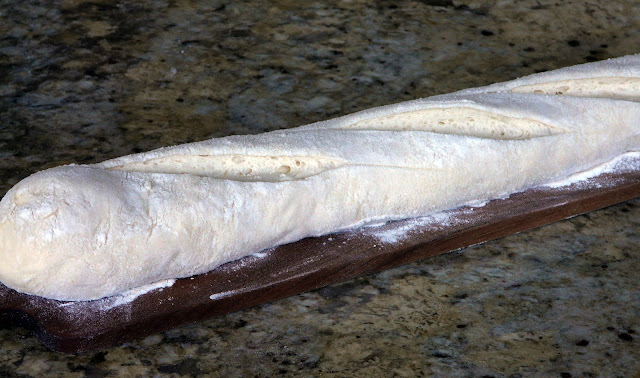 Slashed and ready for the oven. 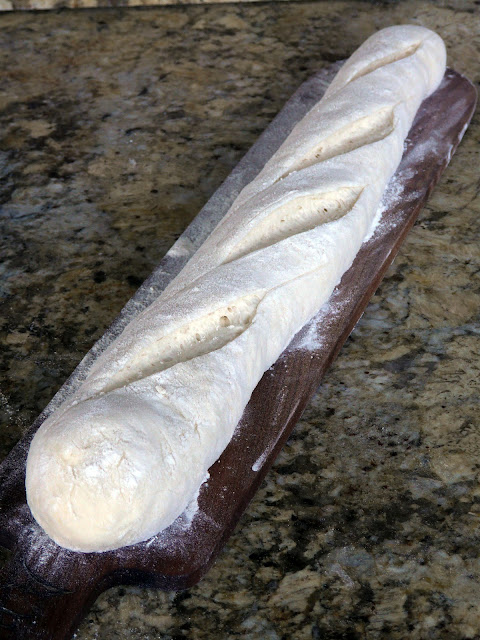 I bake all my breads in a 500° F oven
on a stone that has been preheated. 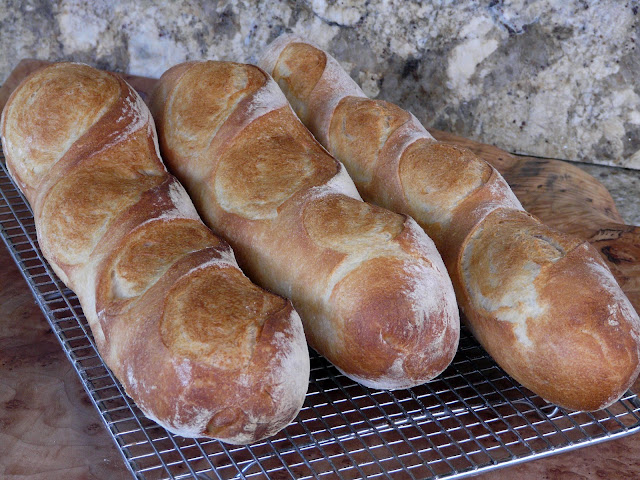 
I use 4 cups for a single batch and 8 cups for a double batch Plus the addition of a Biga.     I prefer a wet dough so I add more water.
I usually start this bread with a Biga (Italian)/Poolish (French) a pre-fermentation. Made the night before.  Contributes to a more complex flavour and a better texture. 1 1/2 cups flour1/2 teaspoon yeast1 cup of water. Mix well. Cover and set aside.

This dough makes for a wonderful pizza crust.  Place dough in fridge and leave it for two to four, even five days.  Take it out early (three hours) to give it time to come to room temperature.  Allowing the dough to have a long cold fermentation really develops the flavour and the texture of the bread.

Posted by Thibeault's Table at 9:05 PM