The first time we ever had Wontons in Chili Oil we were at the Shanghai Chinese Bistro in Vancouver. The Shanghai was one of our favourite restaurants to go to for Dim Sum.

The wontons are filled with  pork seasoned with garlic, ginger, and cilantro.


They freeze well though so I usually make enough for at least one more meal.
The Wontons can be served in Wonton Soup, Chili Oil or served with a dipping sauce.
They can also be fried. 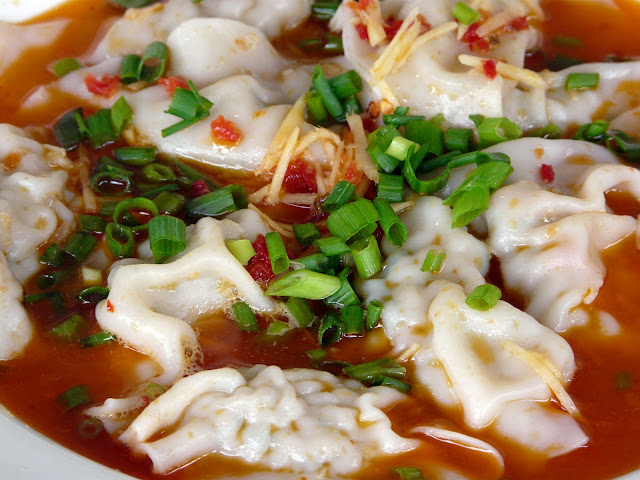 was served in a  very spicy chili broth.

Be careful when adding the chili paste and oil.
They both are very hot so a little goes a long way.


Cooking Wontons
Bring a pot of salted water to a boil.   Cook  in batches.   Serve in wonton soup or in chili broth.

Inspired by Eating Club Vancouver
Posted by Thibeault's Table at 7:45 AM