Simple Quick and Delicious.
Another "work night" easy to put together dinner. 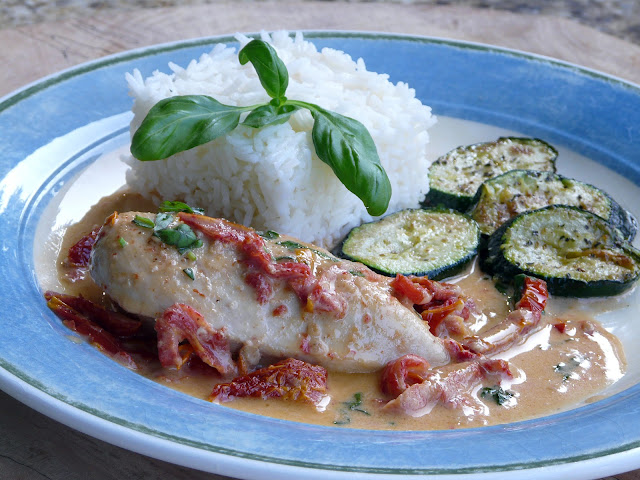 Lots of good feedback from both Moe and Matthew. 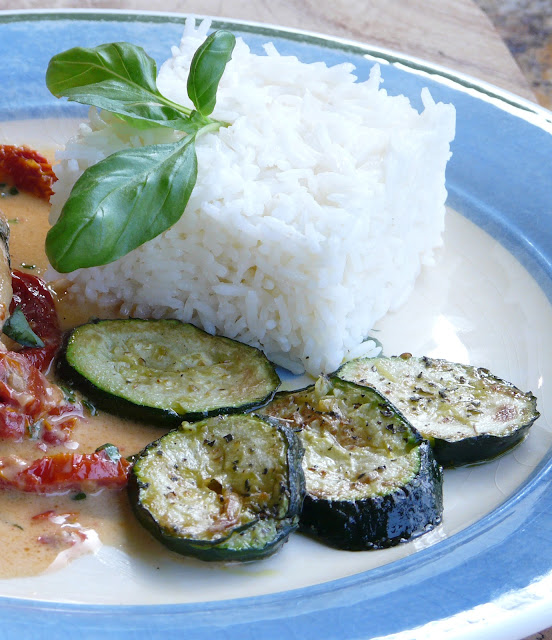 I made some minor changes to suit my taste.
I used vacuum packed sun-dried tomatoes. Not oil packed.
And I used chicken broth in the sauce rather than white wine.

Stephanie's photo shows what looks to be shredded parmesan on the chicken.
It wasn't in the recipe so I decided to leave it out.
But it would be a nice addition.

I also think that next time I make this
I will also add a few hot pepper flakes for a spicier version.

Substituting fresh Oregano for the Basil would also be good.

Season chicken with salt and pepper.
Heat oil and butter in heavy skillet.  Brown chicken on both sides.
Add garlic and cook for 20 to 30 seconds.  Just until fragrant. Do not
brown.  Add chicken broth, cream and tomatoes.  Cover and simmer on low
until chicken is cooked through.   Stir in basil and serve.

Posted by Thibeault's Table at 7:33 AM