A new twist on an old favourite.

This is my recreation of a bread I sampled in a Victoria bakery. 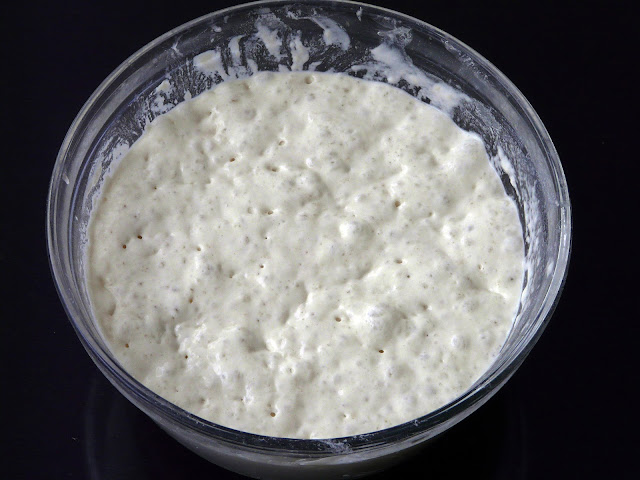 The dough was started with a Biga

and an additional 8 cups of flour for a double batch.
After two rises the dough was refrigerated overnight

and then used today 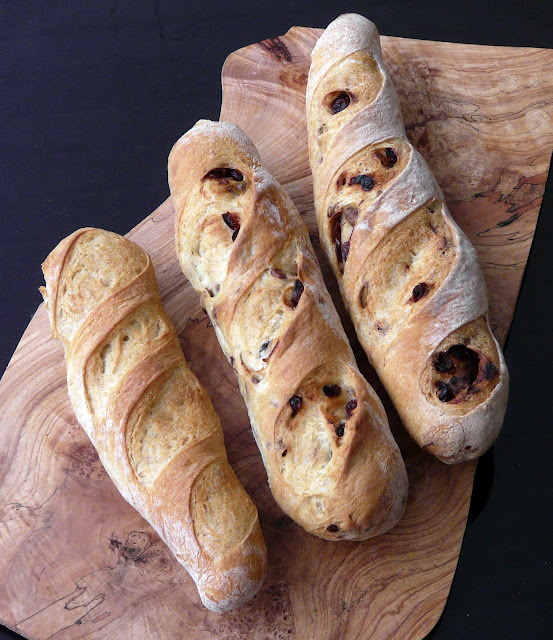 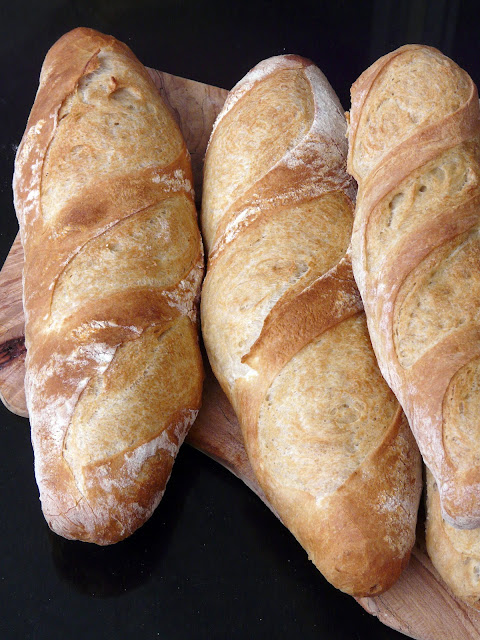 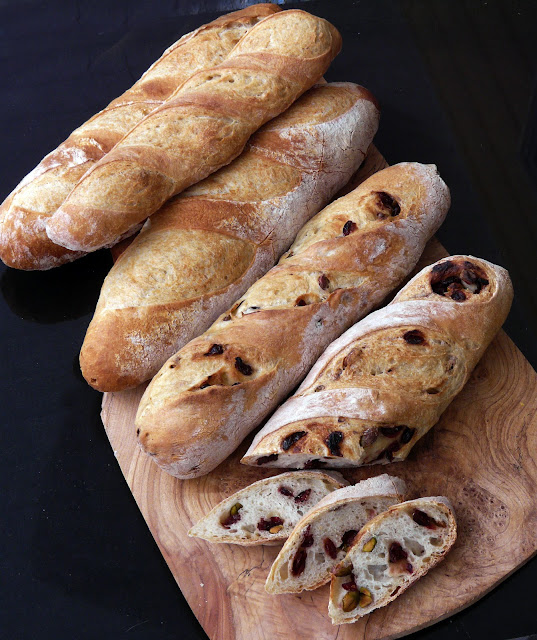 I added cranberries and fresh shelled (by Moe) pistachios
to two of the baguettes. 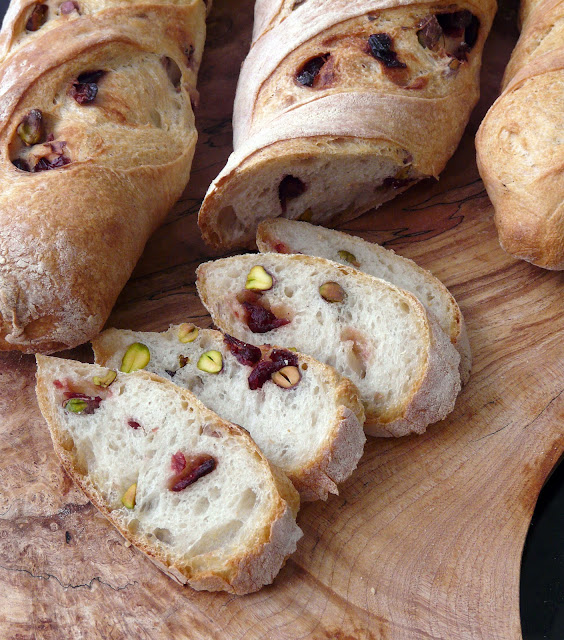 The cranberries add a subtle sweetness, although the dough itself isn't sweet.

Wonderful served with a good aged cheddar or brie.

And I am looking forward to trying it with Gorgonzola. 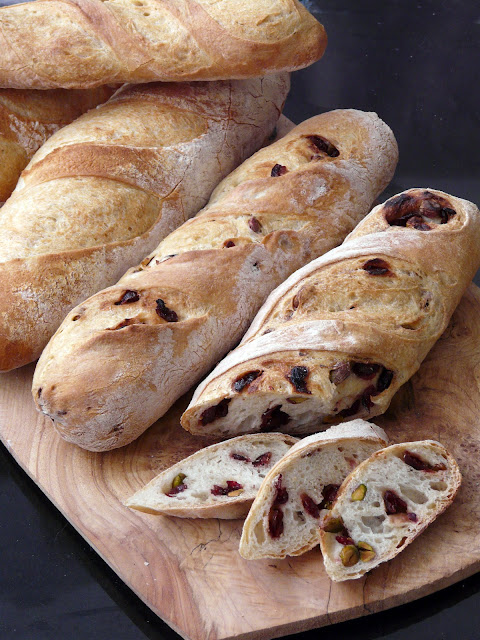 Place stone in oven and Preheat oven to 450°F. Slash three long cuts into the loaves and place on the hot stone. Immediately toss a number of ice cubes on to the bottom on the oven to create steam. Bake until bread is golden and has an interior temp of 200°F. Takes about 30 minutes.


I use 4 cups for a single batch and 8 cups for a double batch Plus the addition of a Biga.     I prefer a wet dough so I add more water.
I usually start this bread with a Biga (Italian)/Poolish (French) a pre-fermentation. Made the night before.  Contributes to a more complex flavour and a better texture. 1 1/2 cups flour1/2 teaspoon yeast1 cup of water. Mix well. Cover and set aside.

This dough makes for a wonderful pizza crust.  Place dough in fridge and leave it for two to four, even five days.  Take it out early (three hours) to give it time to come to room temperature.  Allowing the dough to have a long cold fermentation really develops the flavour and the texture of the bread.