A Taste of Mexico

We had Mexican twice this week.
Tuesday night I made Chile Rellenos.
I roasted fresh Poblano peppers and stuffed them with Queso Cheese.

I didn't take photos but you can find the recipe here. 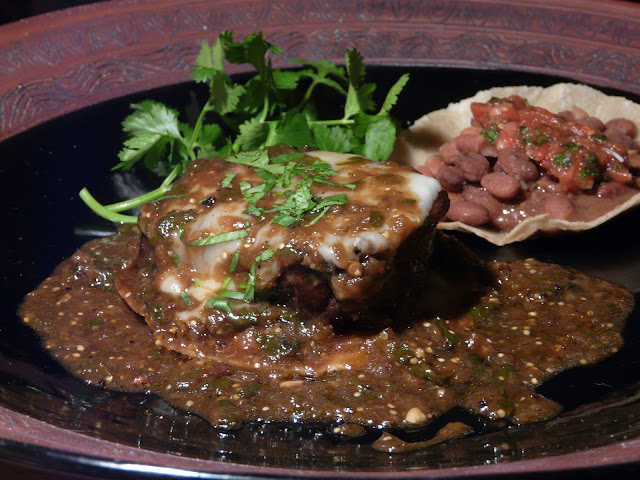 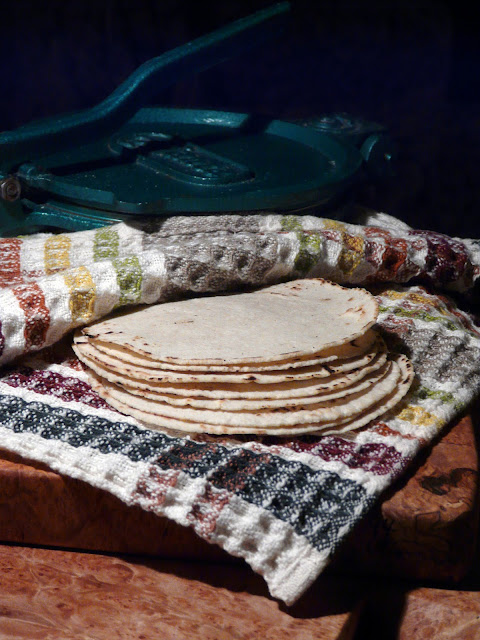 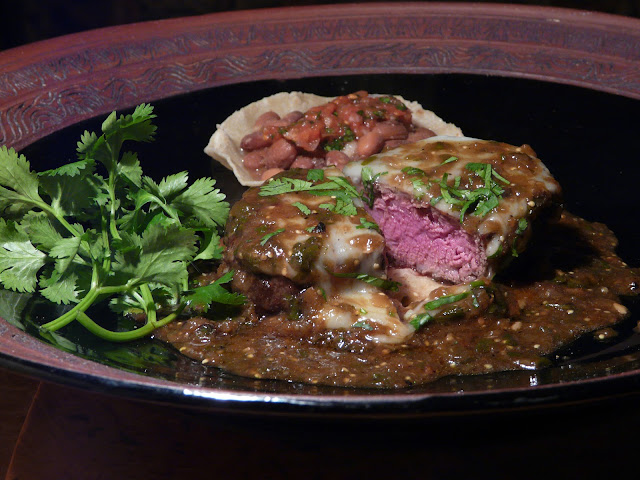 Served with Pinto Beans in a Tortilla Cup.
The Beans were cooked in chicken broth and seasoned with garlic, cumin and bacon. 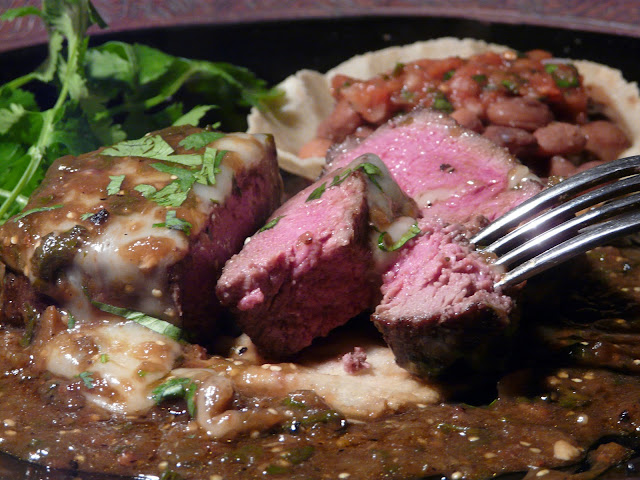 The beef was wonderful.  I presalted the filets on Tuesday
and they were uncovered Wednesday and allowed to air dry for 36 hours before cooking.

They were seared in a hot cast iron skillet and then set aside while the sauce finished cooking.

I adapted the  recipe from A Taste Of Mexico because the original recipe seemed to have lost something in the translation.
One of the instructions is to preheat the skillet for 25 minutes before adding oil and butter.

1 cup sugar
1 cup water
Bring water and sugar to a boil and simmer
until liquid is clear and the sugar has dissolved. Pour in to
jar and refrigerate. Keep for 3 weeks

Adapted from The Taste of Mexico by Patricia Quintana

Heat Vegetable oil in frying pan. Add the peppers and sauté for a minute or two. Remove peppers from oil and reserve. Add onions to oil and cook over low to medium/low heat until the onions are golden brown. Stir occasionally so onions brown evenly. Add the garlic cloves and cook for another 3 to 4 minutes. Add the canned tomatillos and 2 cups of chicken broth and simmer for 5 minutes. Pour the mixture into a blender, add the cilantro and the reserved peppers and blend.

Pour mixture into sauce pan and simmer over low heat until the sauce thickens and the oil rises to the top. Spoon off excess oil. Remove sauce from heat.

To cook the Steaks, heat a heavy frying pan and add the olive oil and butter. Brown steaks on both sides. Be careful not to over cook. Set steaks aside and pour 1 cup of beef broth into pan and simmer until the broth is reduced by half. .Add the sauce to the beef broth and simmer for about 10 to 15 minutes on low. Heat the steaks in the sauce again being careful not to overcook. Beef should be rare to medium rare.

To serve, fry the corn tortillas in oil and place one on each plate.. Top each tortilla with a steak and cover steak with a slice of cheese. Place under the broiler to melt the cheese. Spoon some of the sauce over each steak and sprinkle with chopped cilantro and serve.
Posted by Thibeault's Table at 7:53 AM