A facebook friend recently had dinner at Drago's Restaurant in New Orleans.
She posted a picture of Charbroiled Oysters.

They looked so good that I couldn't stop thinking about them.
I had to make them.

Found a number of copy cat recipes on line, with some small variations.
All the recipes called for butter, garlic, salt, pepper,  parmesan cheese, parsley and lemon, and some also called for cayenne pepper, oregano and Peccorino cheese.

The recipe on Nola Cuisine was the one that I followed.
Although I only used Parmesan Cheese not the Peccorino.


I softened the butter until it was almost melted.
Added minced garlic (grated on a microplane)
and cayenne pepper.

I bought local Pacific Oysters from Cowichan Bay Seafoods.
These oysters are smaller  than the Oysters used in New Orleans. 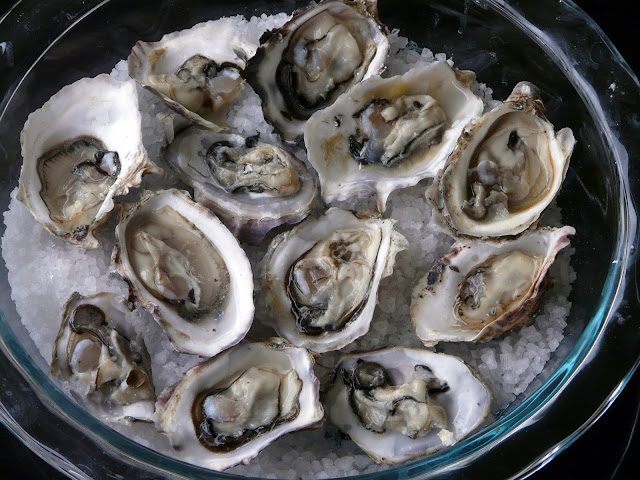 The oysters were quite easy to shuck.

Placed them on a very hot grill.
Within seconds the juices were bubbling hot.

Spooned on the garlic butter, closed the lid, and within a minute the butter was hot, and the shells were starting to brown. 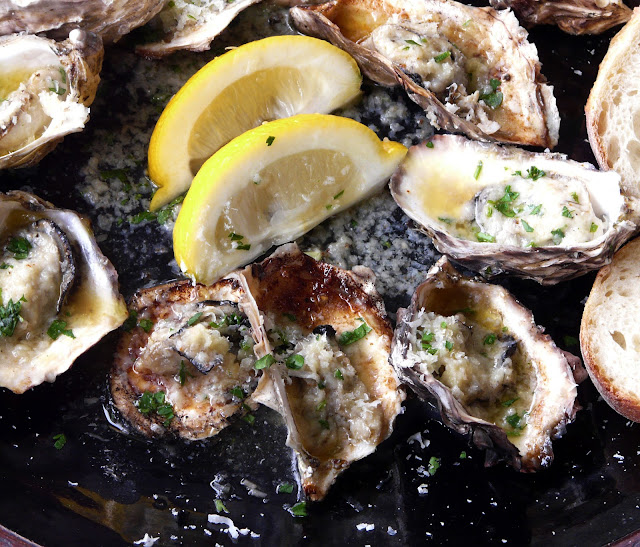 Next I sprinkled on the minced parsley, a little fresh grated Parmesan Cheese, and a little more of the butter.  Thirty seconds later, removed from the grill, squeezed fresh lemon juice over the oysters and they were ready to serve. 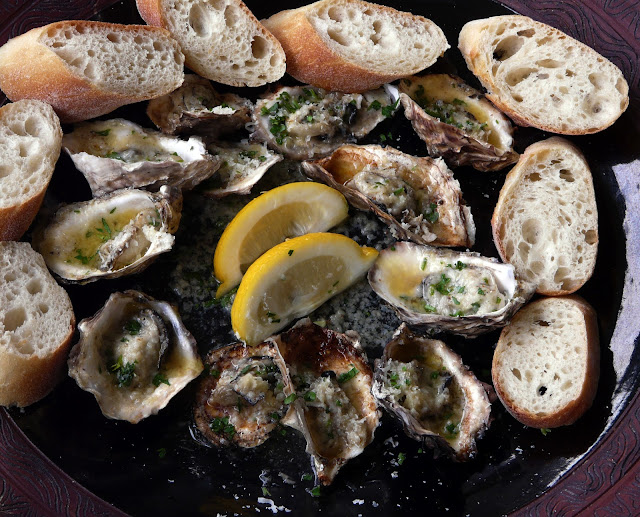 I poured extra garlic butter into the middle of the platter and served the oysters with slices of fresh baguette to sop up all the butter.

These were as delicious as I imagined they would be. 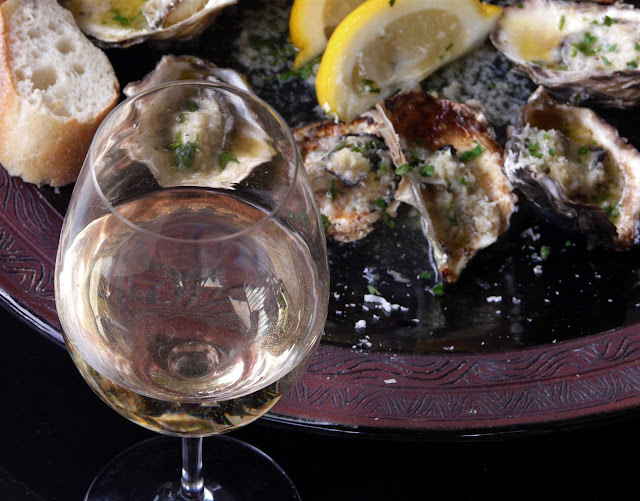 Can't wait to make them again.

Posted by Thibeault's Table at 6:14 AM