I had planned on putting goat cheese on grilled slices of baguette, spread with soft baked garlic and topped with slow roasted tomatoes.
But then I remembered seeing something similar a few months ago on
More Than Burnt Toast.
But instead of goat cheese with garlic, Val used grilled Brie. 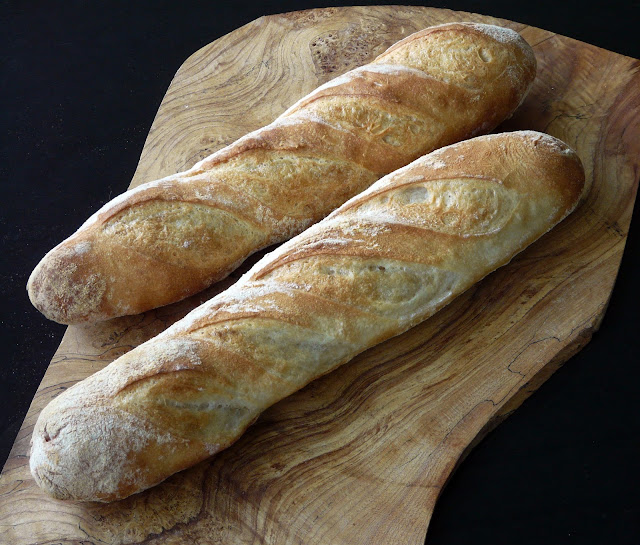 While the bread was rising the tomatoes were sliced in half and place on a
parchment covered baking sheet.
Seasoned with salt, pepper, basil and oregano and drizzled with olive oil.
Slow roasted for about two hours in a low oven. (275°F).
Slow roasting concentrates the flavour and brings out the sweetness.
Like eating candy. 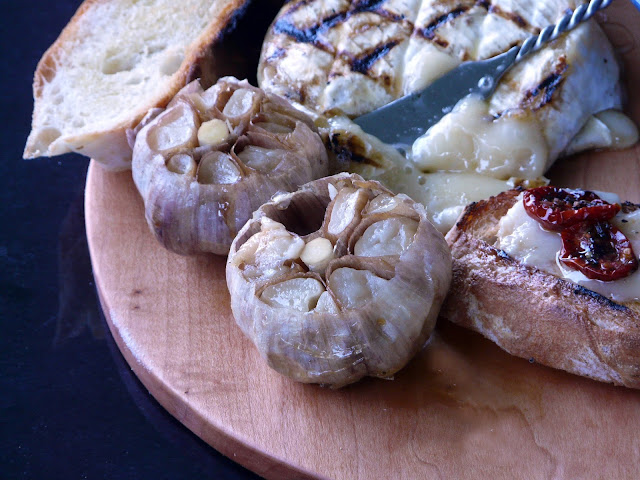 The garlic takes about an hour to bake.
I cut the tops off two large heads, drizzled with olive oil and wrapped in foil.
Baked in a 350°F. 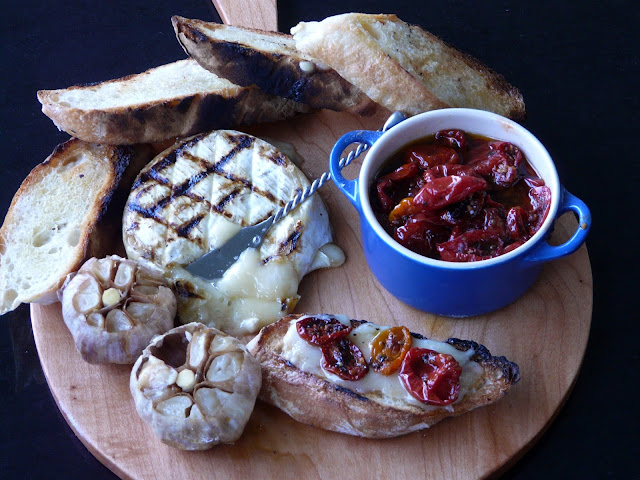 The Brie was brushed with olive oil and grilled over medium heat
for a couple of minutes on each side. 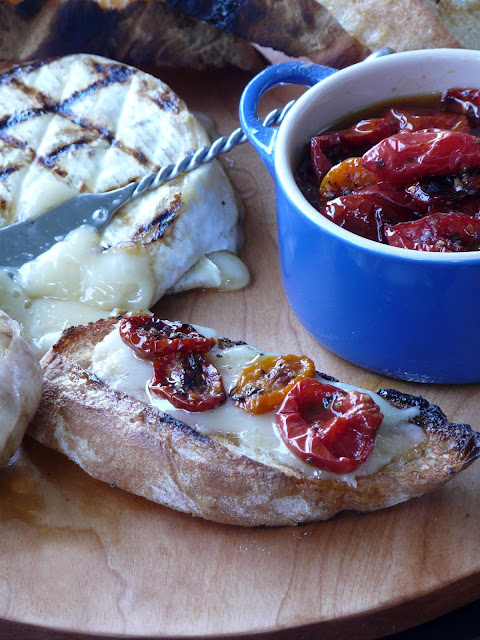 The baguette slices were also brushed with olive oil and toasted along side the Brie.
To serve, the garlic was spread like butter, topped with melted Brie and finished off with a few of the sweet roasted tomatoes. 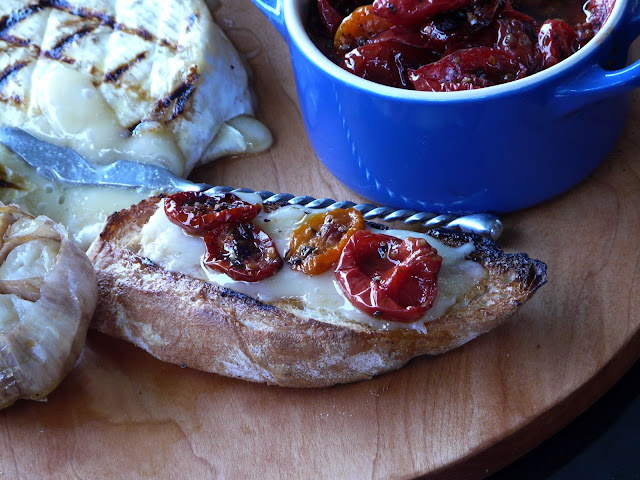 This was just suppose to be an appetizer.
But it was so good that it became dinner.

And served on my new board.
This is a 'one-of',  cut from Big Leaf Maple,  using my new scroll saw.

Wanted to try making a round board in a vintage style.

Posted by Thibeault's Table at 2:20 PM