If you want to satisfy a craving for something sweet this fudge will do the trick. 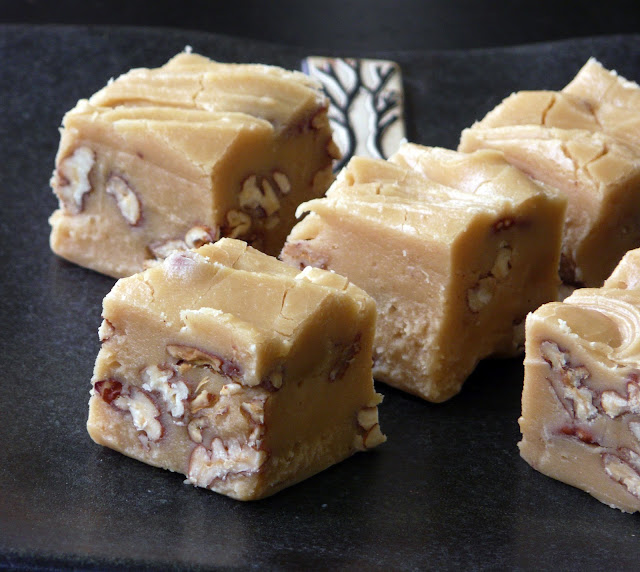 I buttered and lined the dish with parchment.
The parchment makes it easy to pull the fudge out of the pan in one piece. 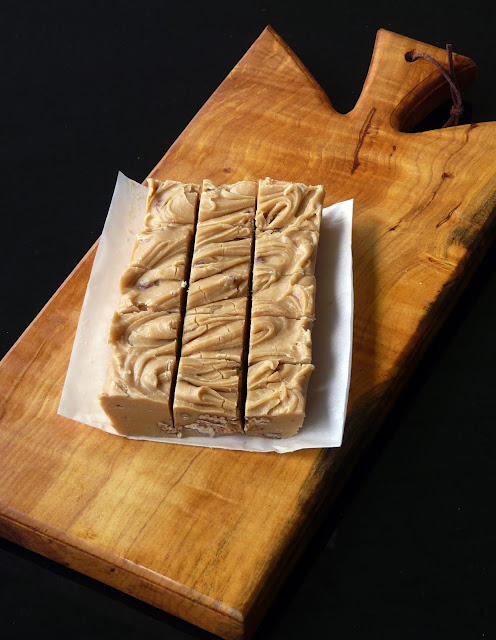 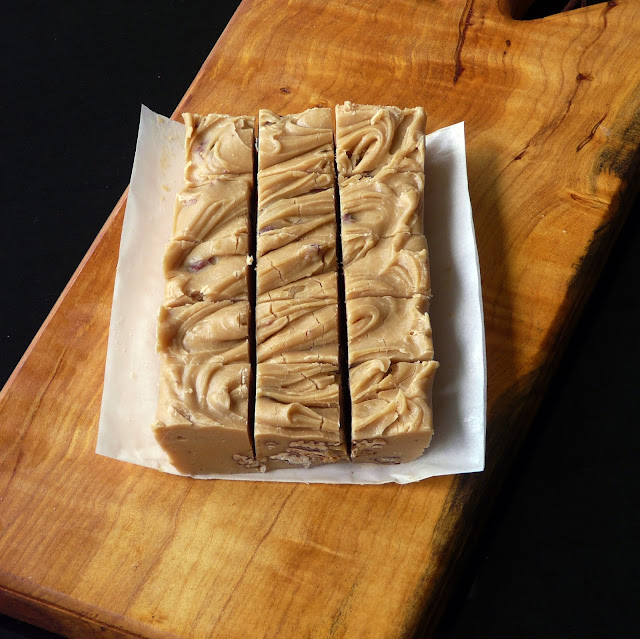 I would usually add toasted walnuts to a maple fudge,
but I was out of walnuts so I used toasted pecans instead. 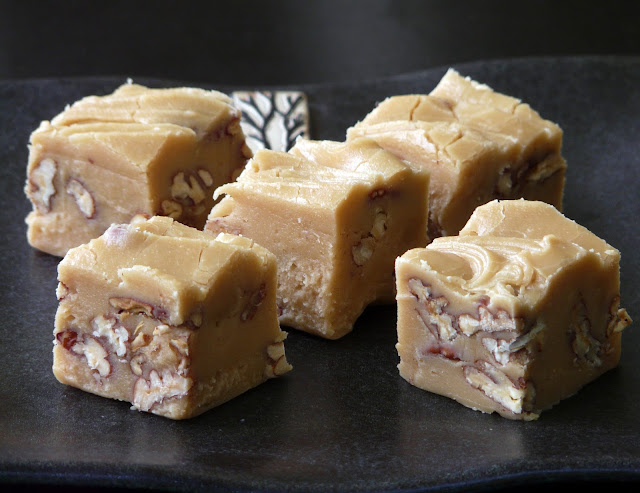 I get more emails on fudge than anything else.
I love to hear from followers who have had problems making fudge in the past, but have tried my fudge recipe (s) and are now successful.


Add the two sugars, butter and cream maple syrup and salt into a sauce pan. Place over medium heat.  Stir while bringing to a boil.  Lower the heat and continue to stir slowly while the mixture cooks.   After about 7 minutes, test by pouring a small amount into some cold water. You want it to form a soft ball.  You might need to cook it for another minute or two.  Remove from the heat, add a couple of teaspoons of vanilla and start stirring.   It takes about 14 or 15 minutes for the fudge to cool and thicken.  Pour into buttered dish.

TIP: If you let the fudge sit for 10 minutes after removing from the heat and allow it to cool slightly this will reduce the stirring time.

Option: Replace the cream and cup of white sugar with one can of  Sweetened Condensed Milk and increase the maple syrup to 1 cup.
Posted by Thibeault's Table at 8:22 AM