Started a Biga just before 6:00 AM Monday morning.

In less than four hours it had more than doubled.

The Biga went into a 12 cup batch of dough.
11 cups of bread flour and one cup of whole wheat. 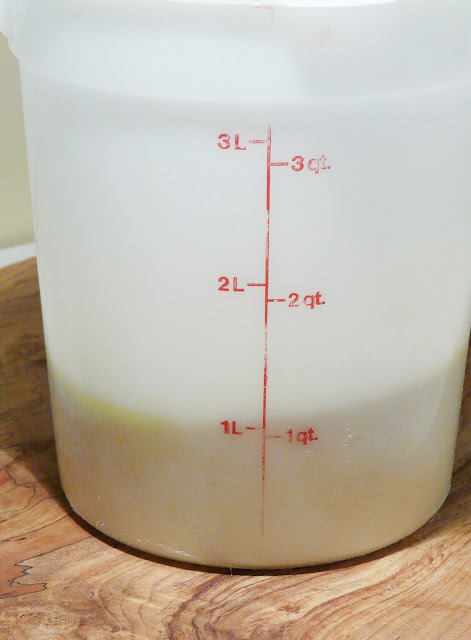 After kneading, the dough was divided with a third going into this pail 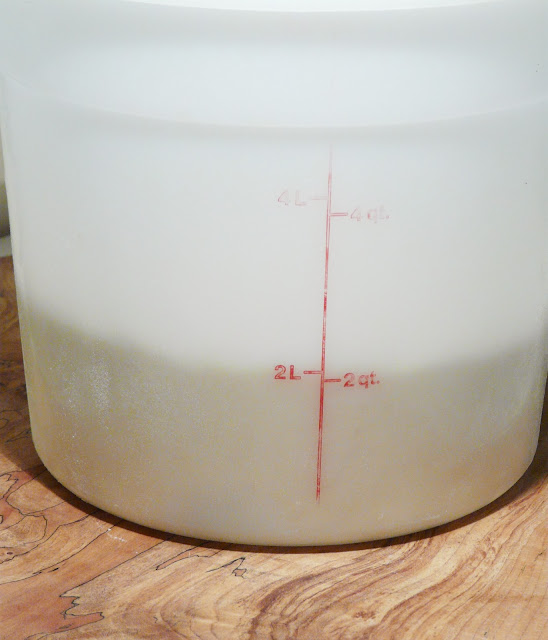 Two Thirds into this pail.

After the first rise, this pail went into the fridge for a long cold
fermentation. 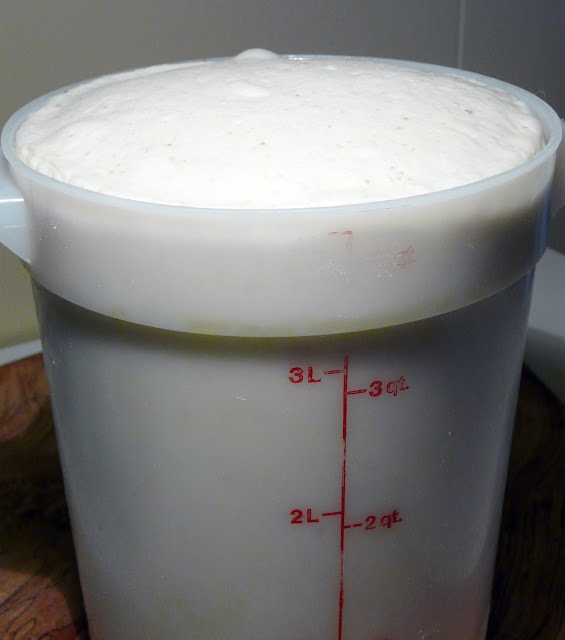 After the first rise, the dough in this pail was knocked down and then
left for a second rise. 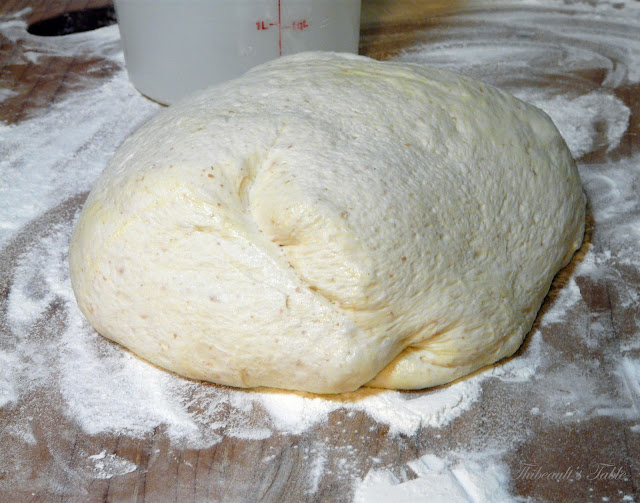 Tipped out on to a floured board 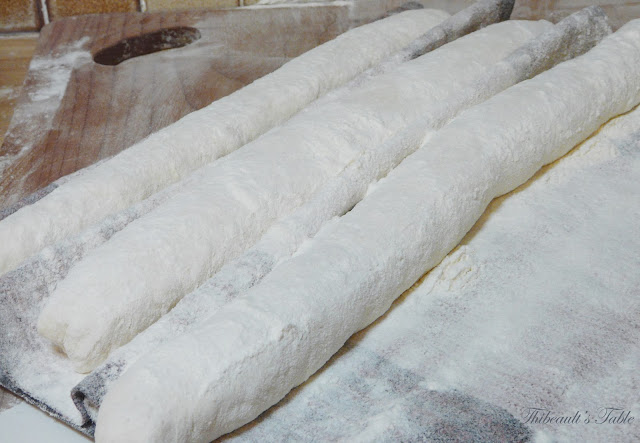 and shaped into three baguettes. 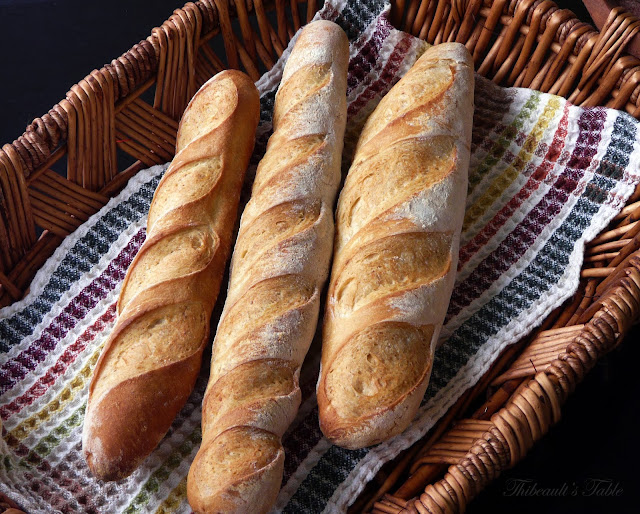 The baguette in the middle was 21 inches long.
It went into the oven first because it needed to be placed diagonally on the stone.

After baking for about five minutes it was firm enough to move over to make room for the two remaining baguettes.

While the bread was baking I roasted a red pepper on the grill. 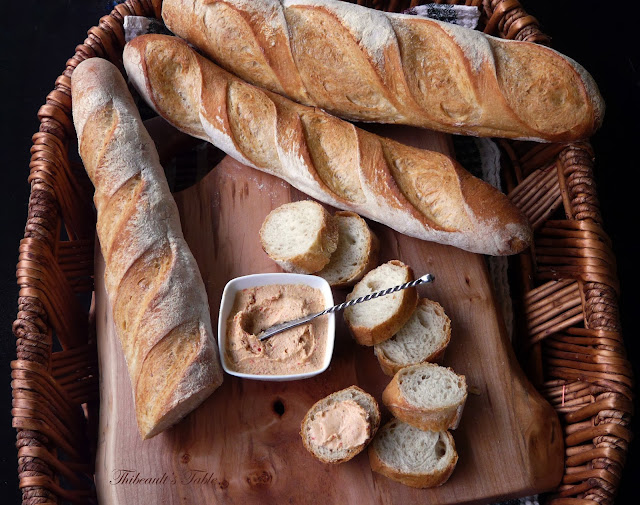 To have as a late lunch with slices of baguette.

Took 1/3rd of the remaining dough out of the fridge at 6:00 AM today
and left it on the counter to come to room temperature and rise again. 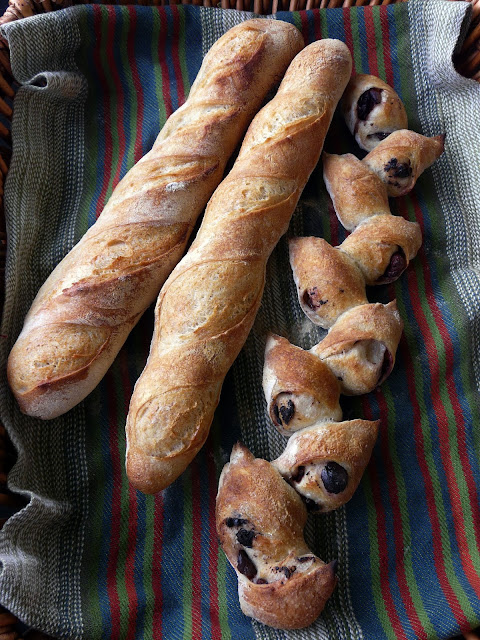 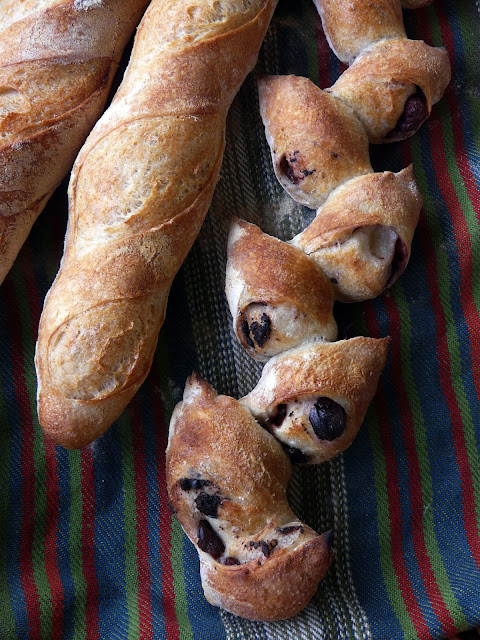 If you are looking for a great baguette, you can't go wrong with Julia Child's Baguette Recipe.

I've made a number of adjustments to the original recipe,  so the recipe I use now doesn't really resemble the original.  I've noted my changes in red.


I use 4 cups for a single batch and 8 cups for a double batch Plus the addition of a Biga.     I prefer a wet dough so I add more water.
I usually start this bread with a Biga (Italian)/Poolish (French) a pre-fermentation. Made the night before.  Contributes to a more complex flavour and a better texture. 1 1/2 cups flour1/2 teaspoon yeast1 cup of water.
Mix well. Cover and set aside.

Other changes:  I mix the Biga, Flour, Yeast and water together,without the salt,  and let sit for 20 to 30 minutes to allow the flour to absorb some of the water.  I add the salt after this rest, and then finish by kneading.
This dough makes for a wonderful pizza crust.  Place dough in fridge and leave it for two to four, even five days.  Take it out early (three hours) to give it time to come to room temperature.  Allowing the dough to have a long cold fermentation really develops the flavour and the texture of the bread.

Posted by Thibeault's Table at 4:01 PM