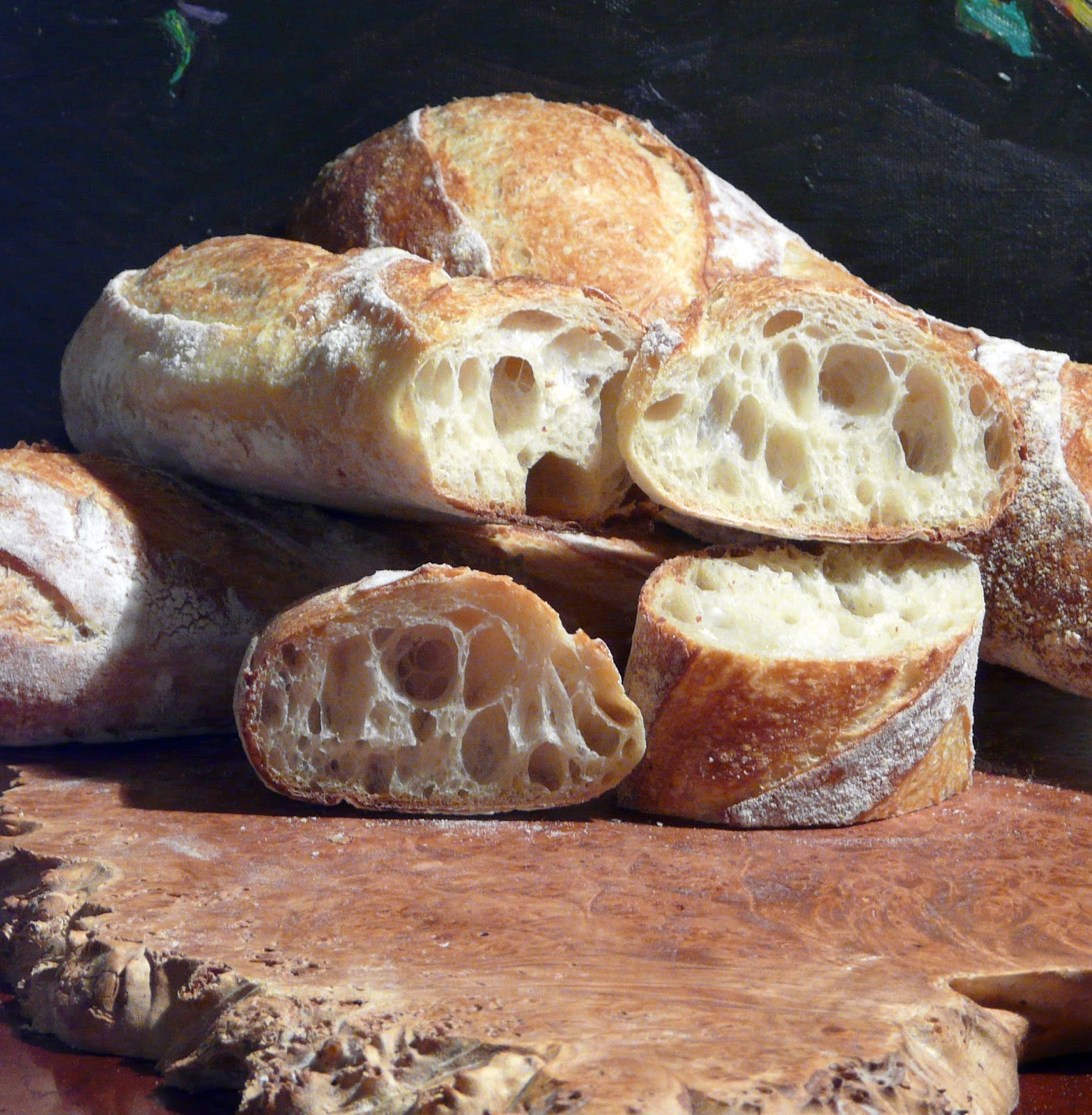 I got back into baking sourdough breads again recently. 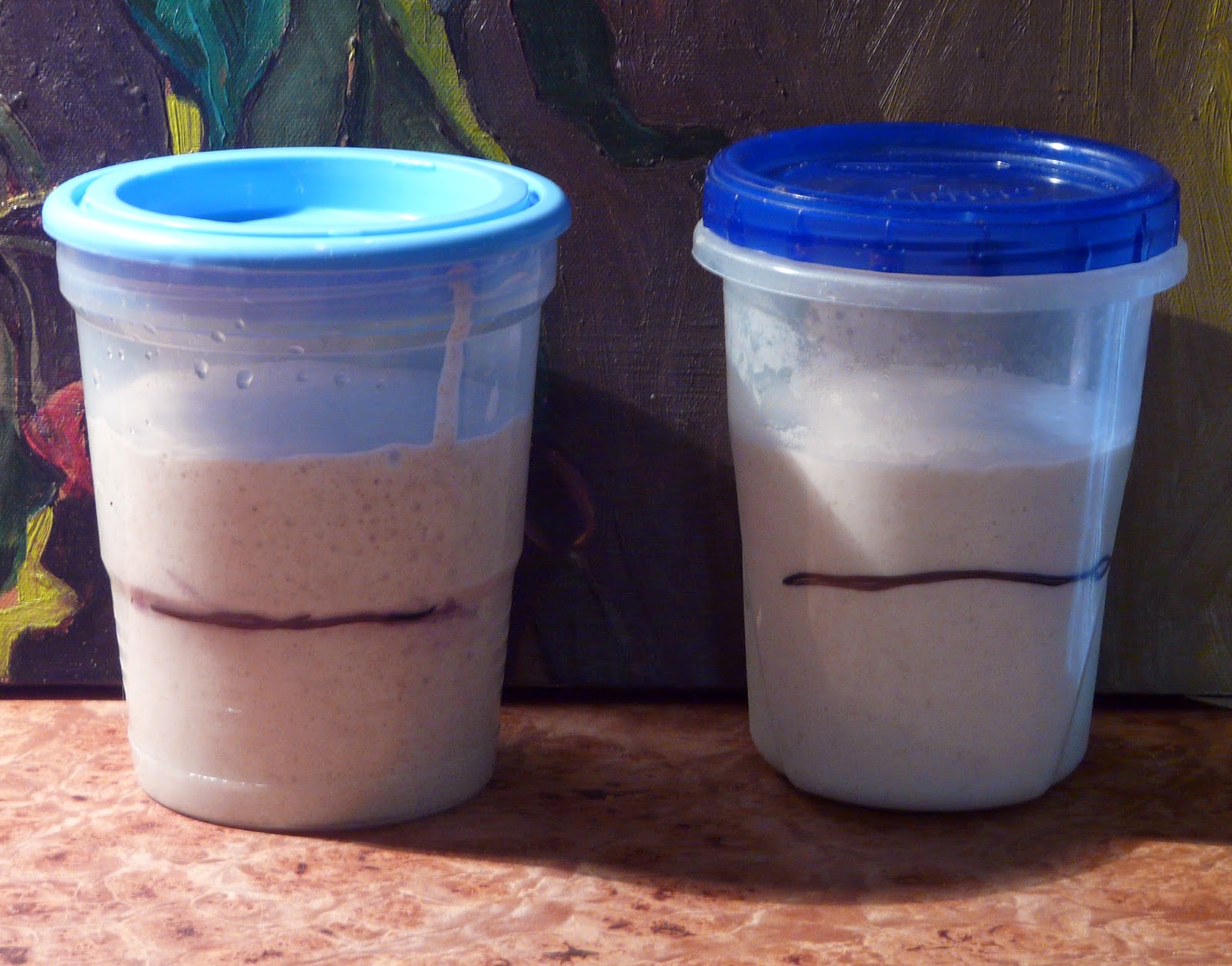 I am keeping two sourdough starters fed.
One is fed with rye and the other with all white.

They are quite active and double usually within four to five hours after being fed.

I try and feed both starters at least once a week although
I have gone as long as 9 days between feeds.

Each time I feed the starter, I take two ounces of the excess  and that goes into either a biga or a levain or both.

Once the starter has doubled it goes back into the fridge
and the Biga/Levain is used in a batch of bread dough.

Initially, I would add a very small amount of yeast to my bread dough, as
insurance.

Now that I know that my starter is strong enough I have started making
pure Wild Yeast Sourdough breads, without the addition of commercial yeast. 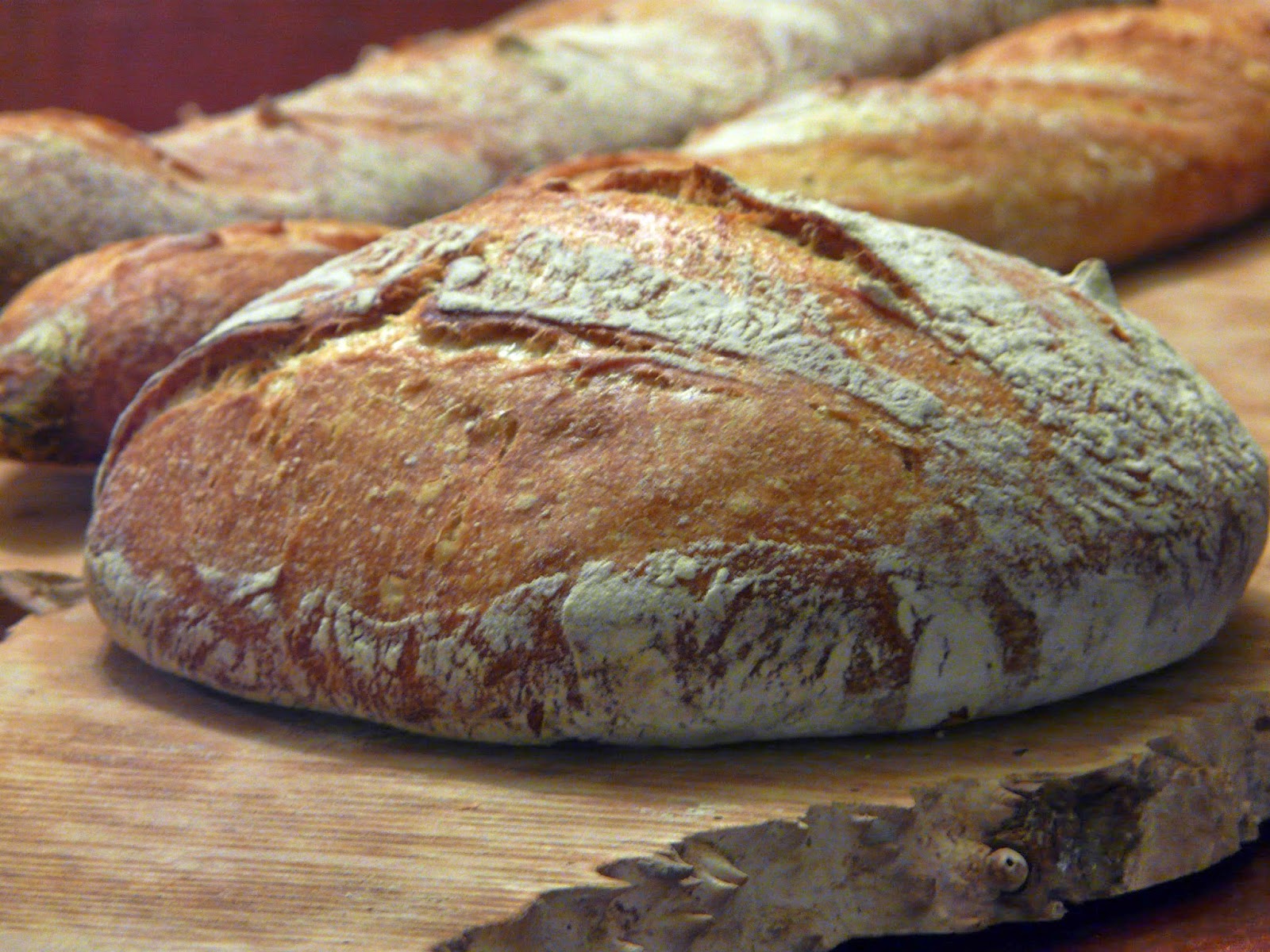 Wild Yeast Sourdough
The first loaves made without the addition of commercial yeast. 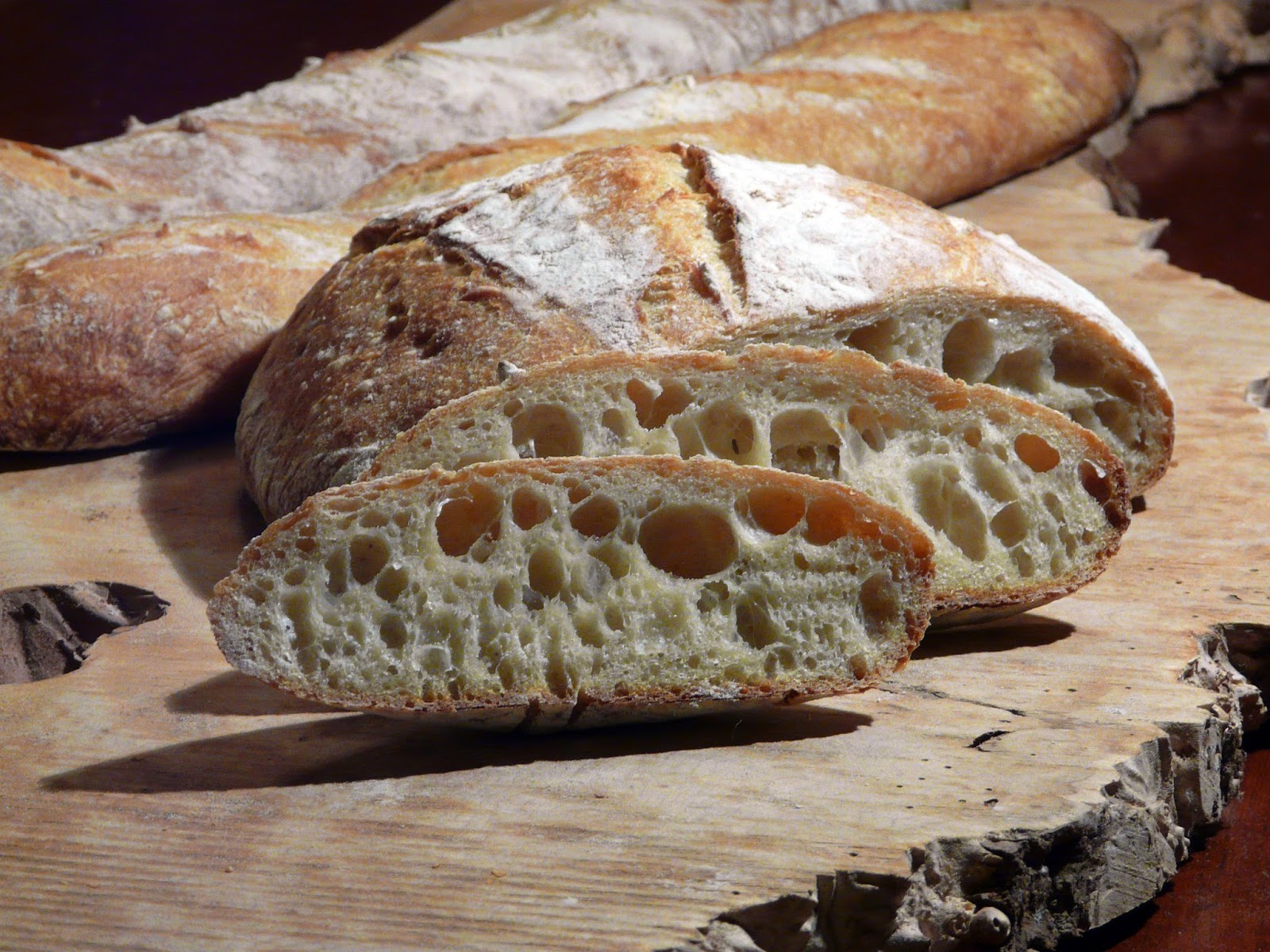 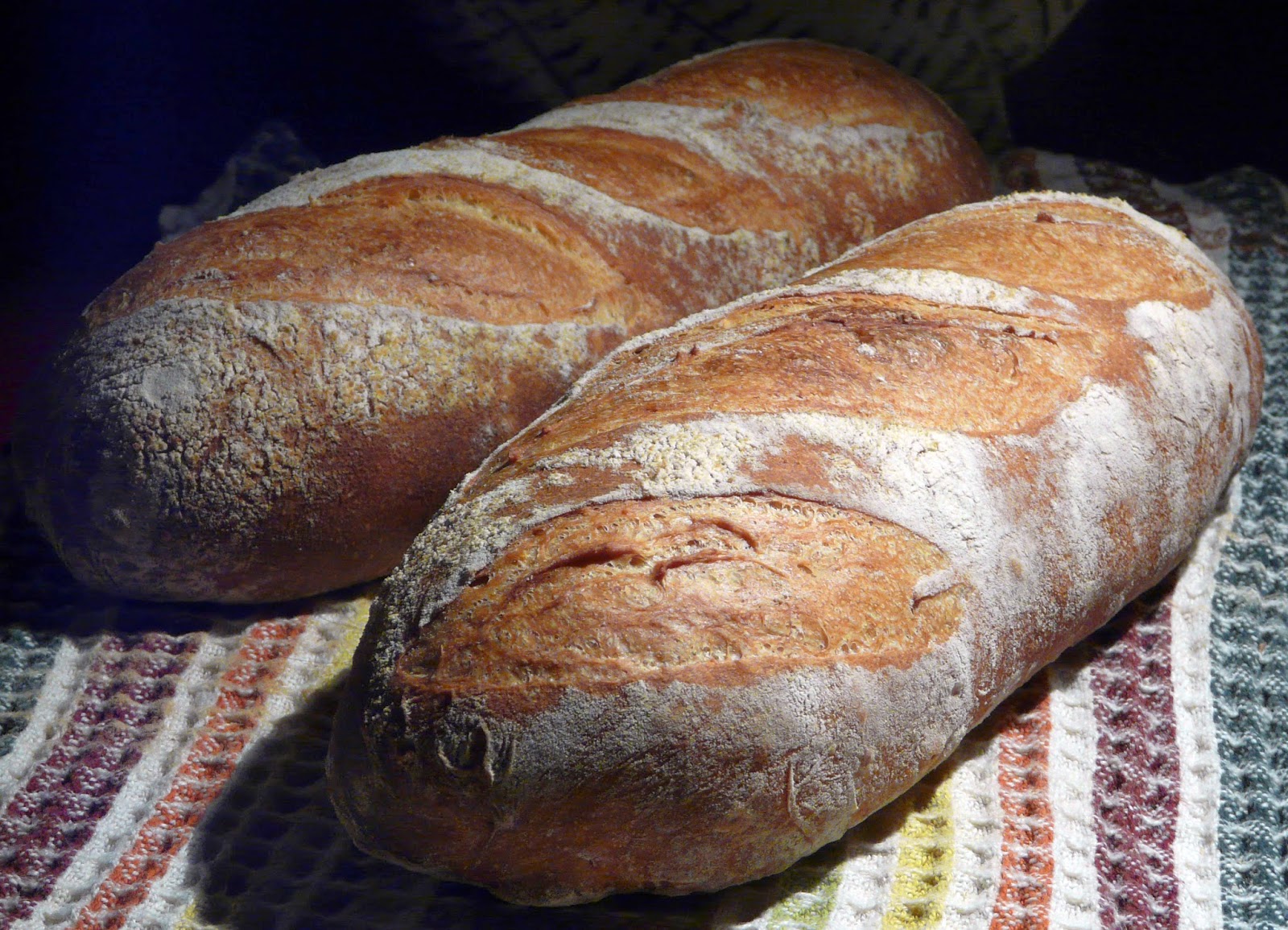 These two loaves were started Monday afternoon with a "biga" as the preferment.
They came out of the oven late evening.

Made a double batch of dough.
Used half for these  loaves and the remaining dough went into the fridge. 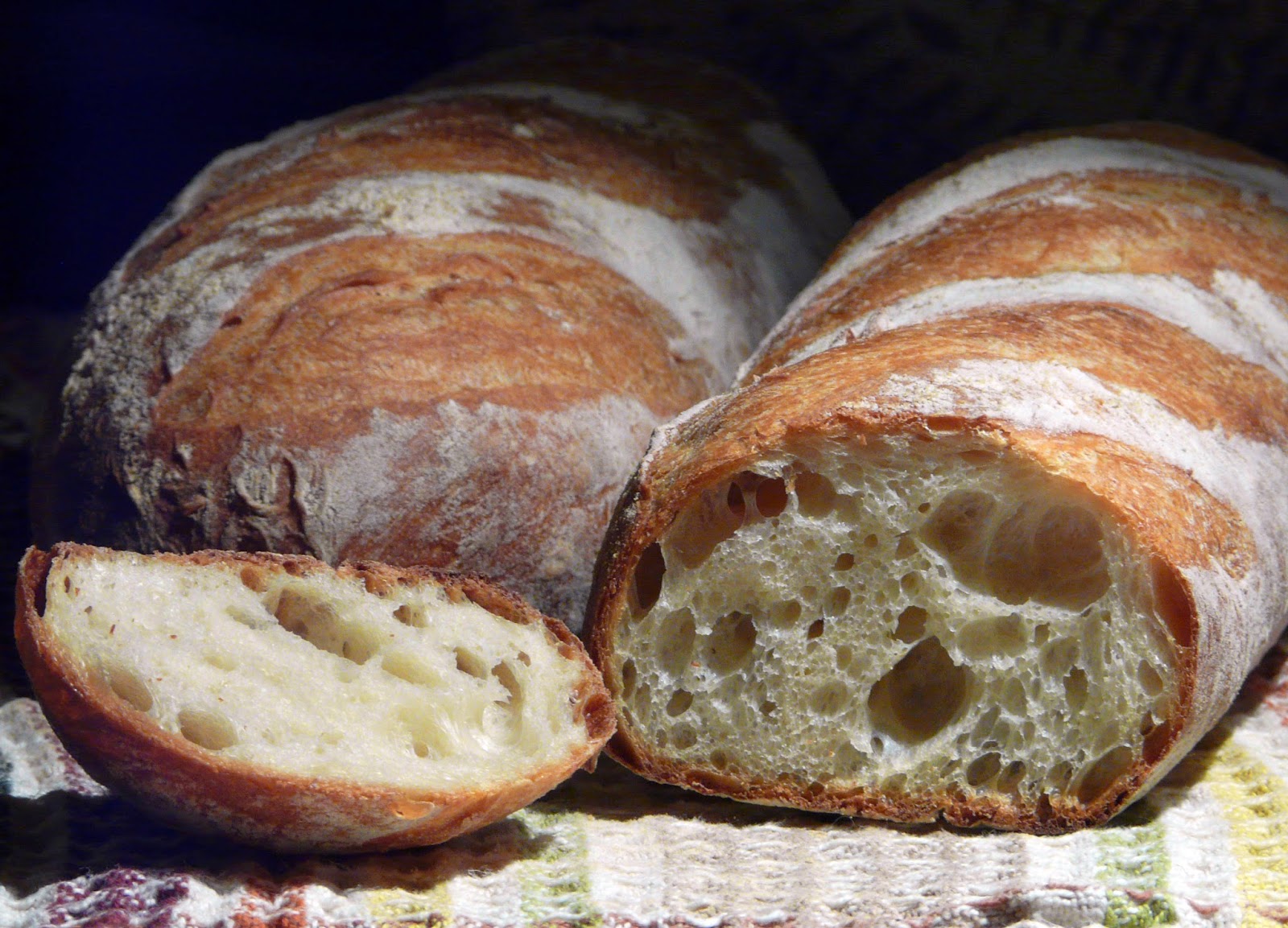 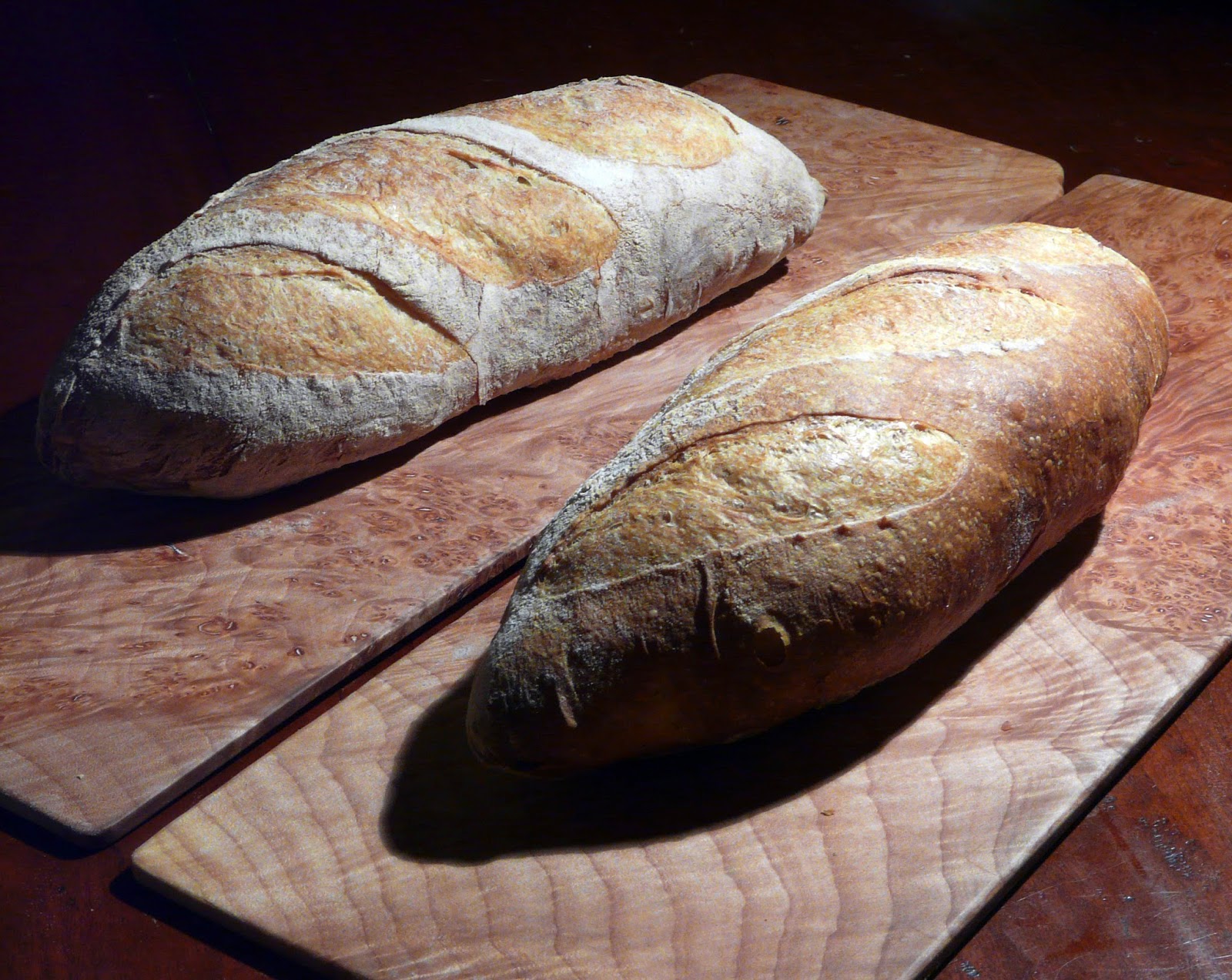 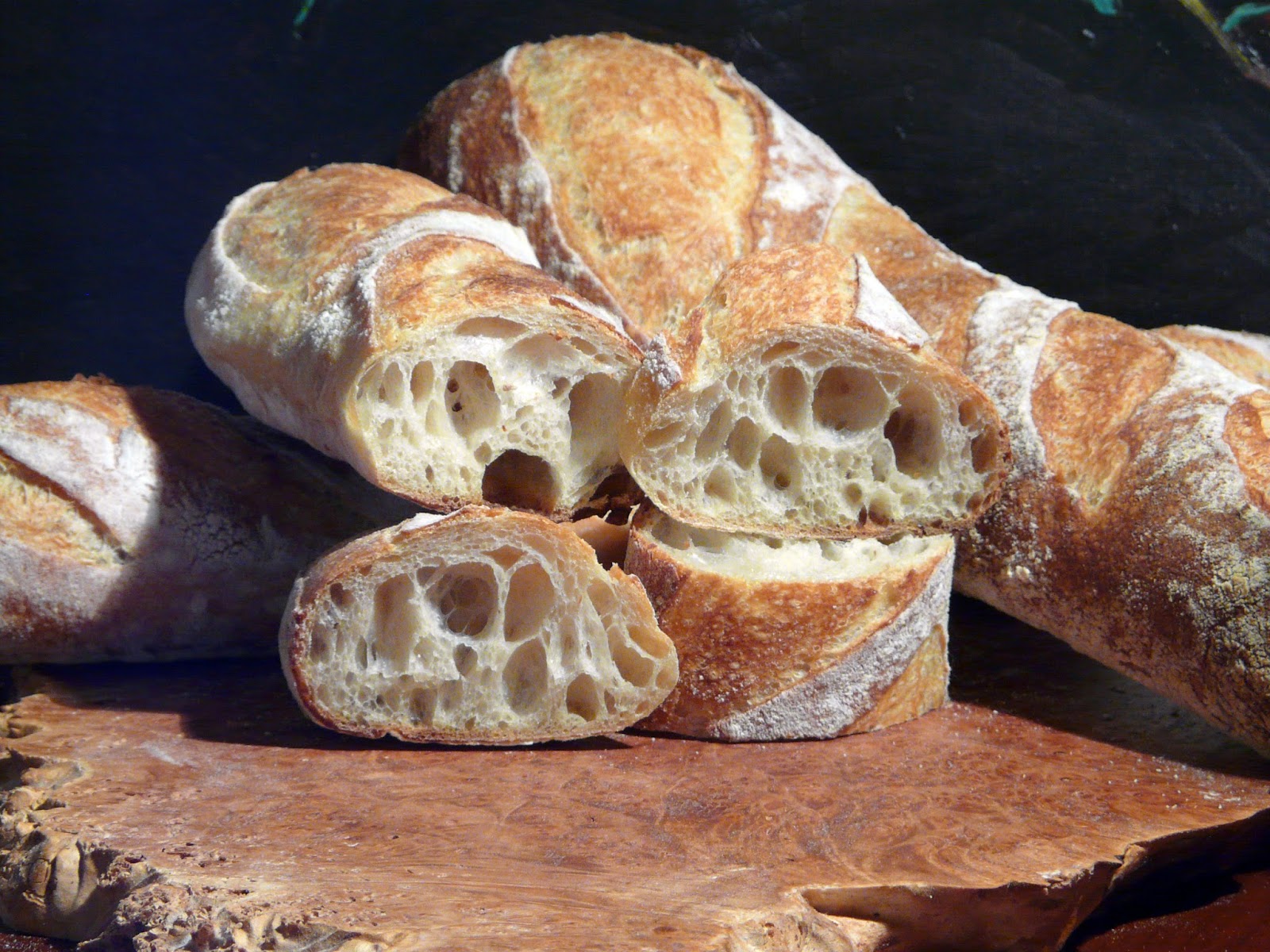 Started another batch of dough using a Biga on Monday night.
The dough went into the fridge overnight and Tuesday, I baked three
baguettes  using half the dough.. 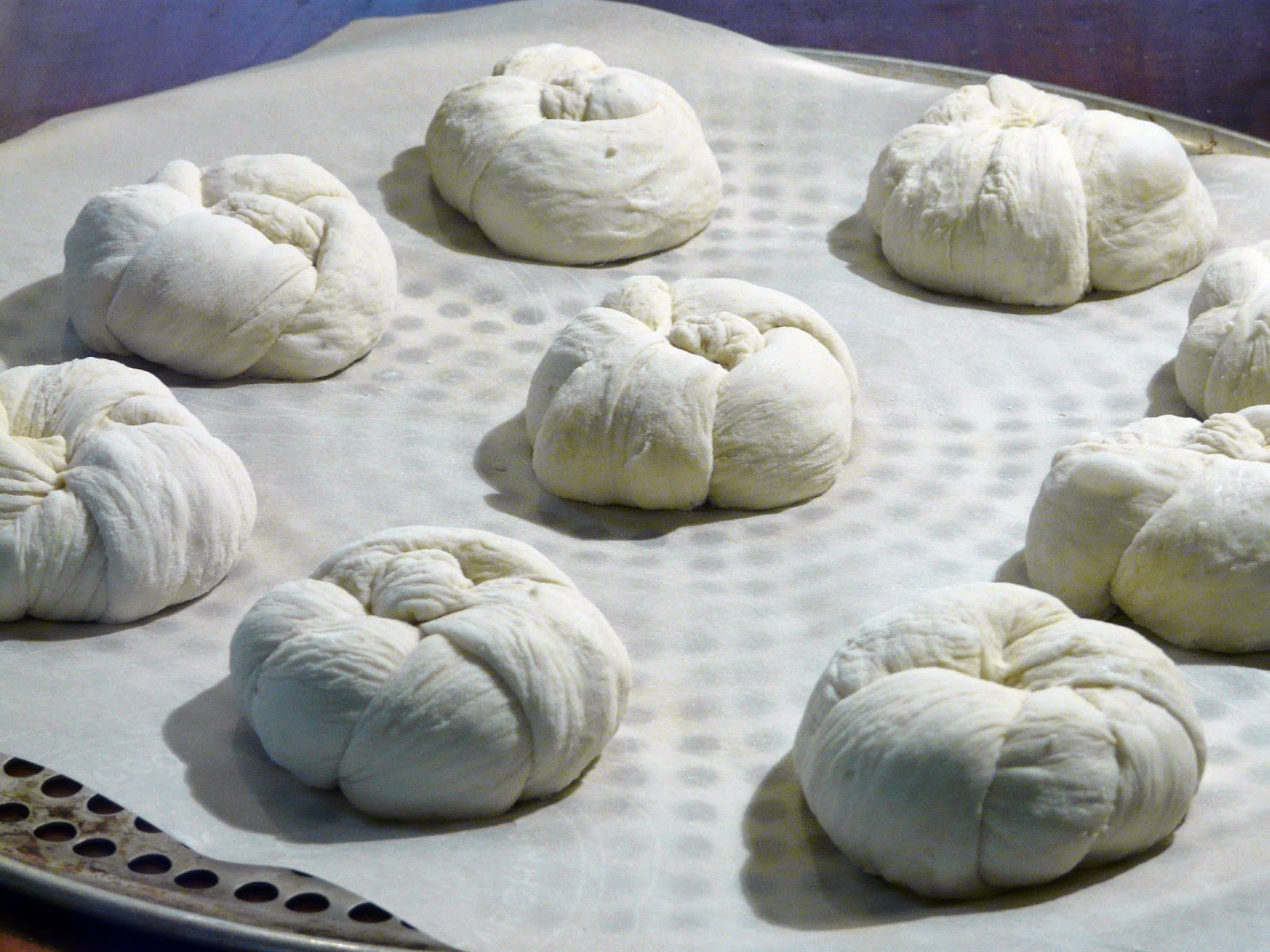 The other half went into making a batch of 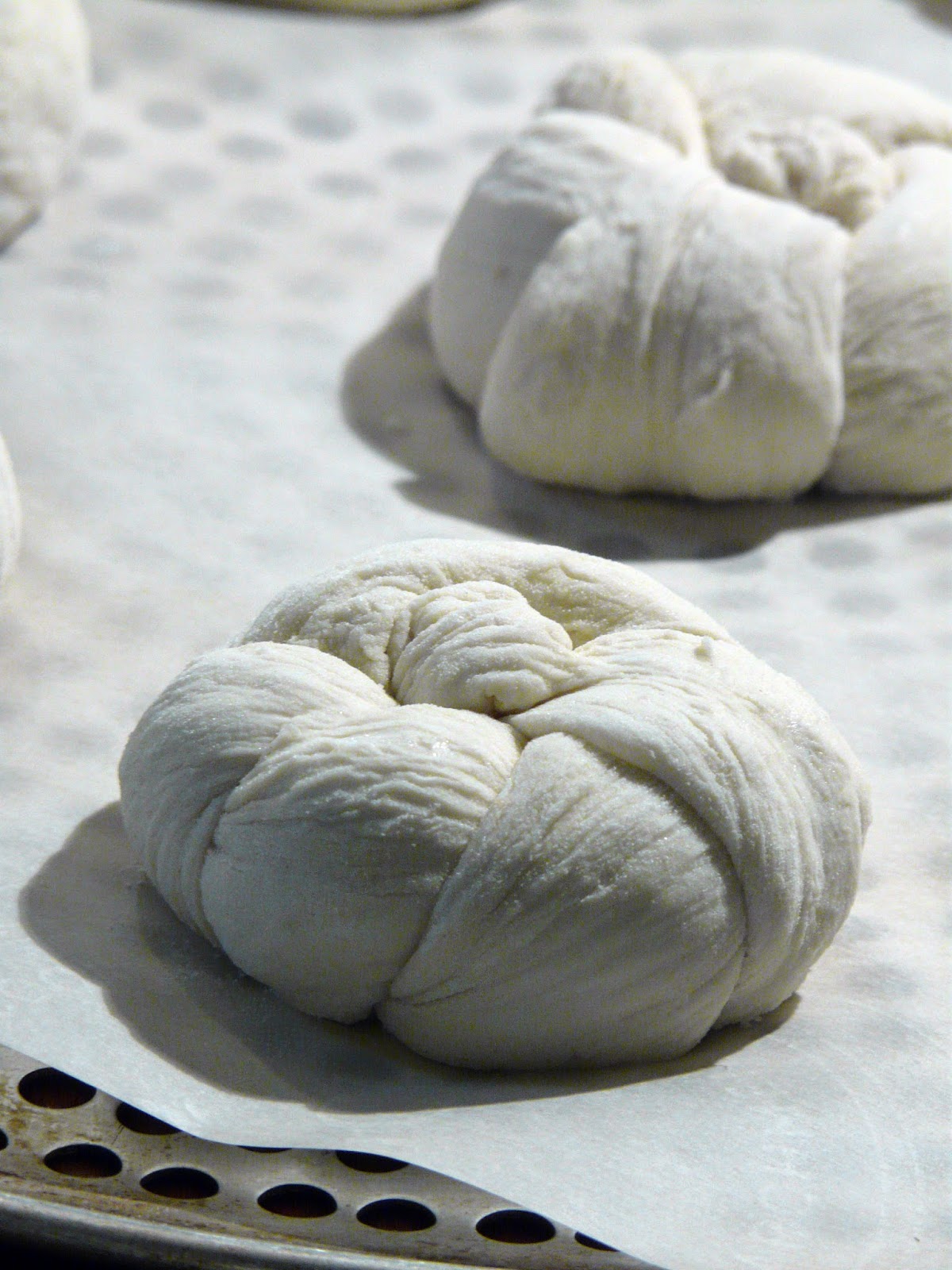 I was out of sesame seeds and poppyseeds 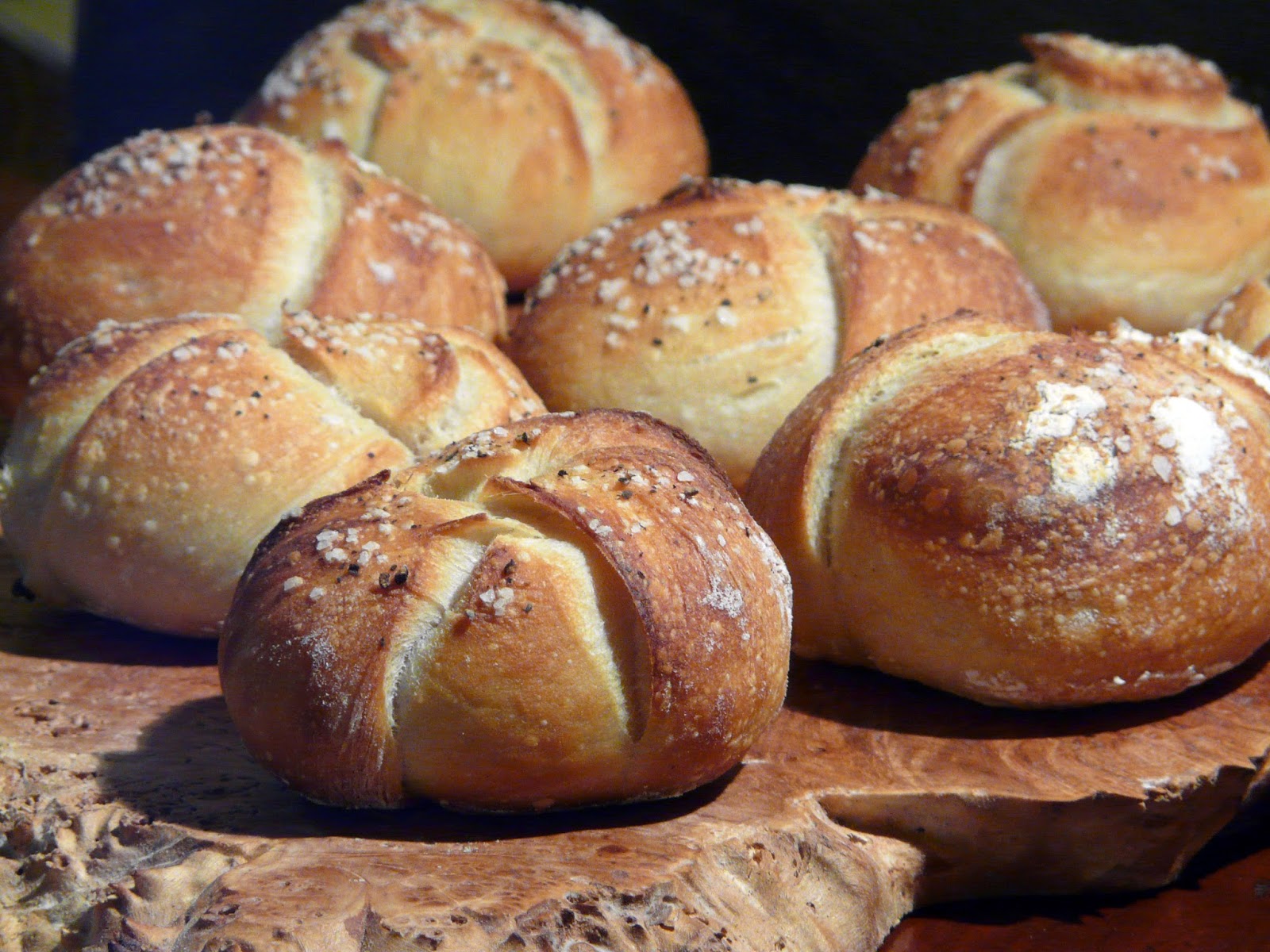 so I topped the Kaisers with sea salt and black pepper.

Posted by Thibeault's Table at 9:09 AM