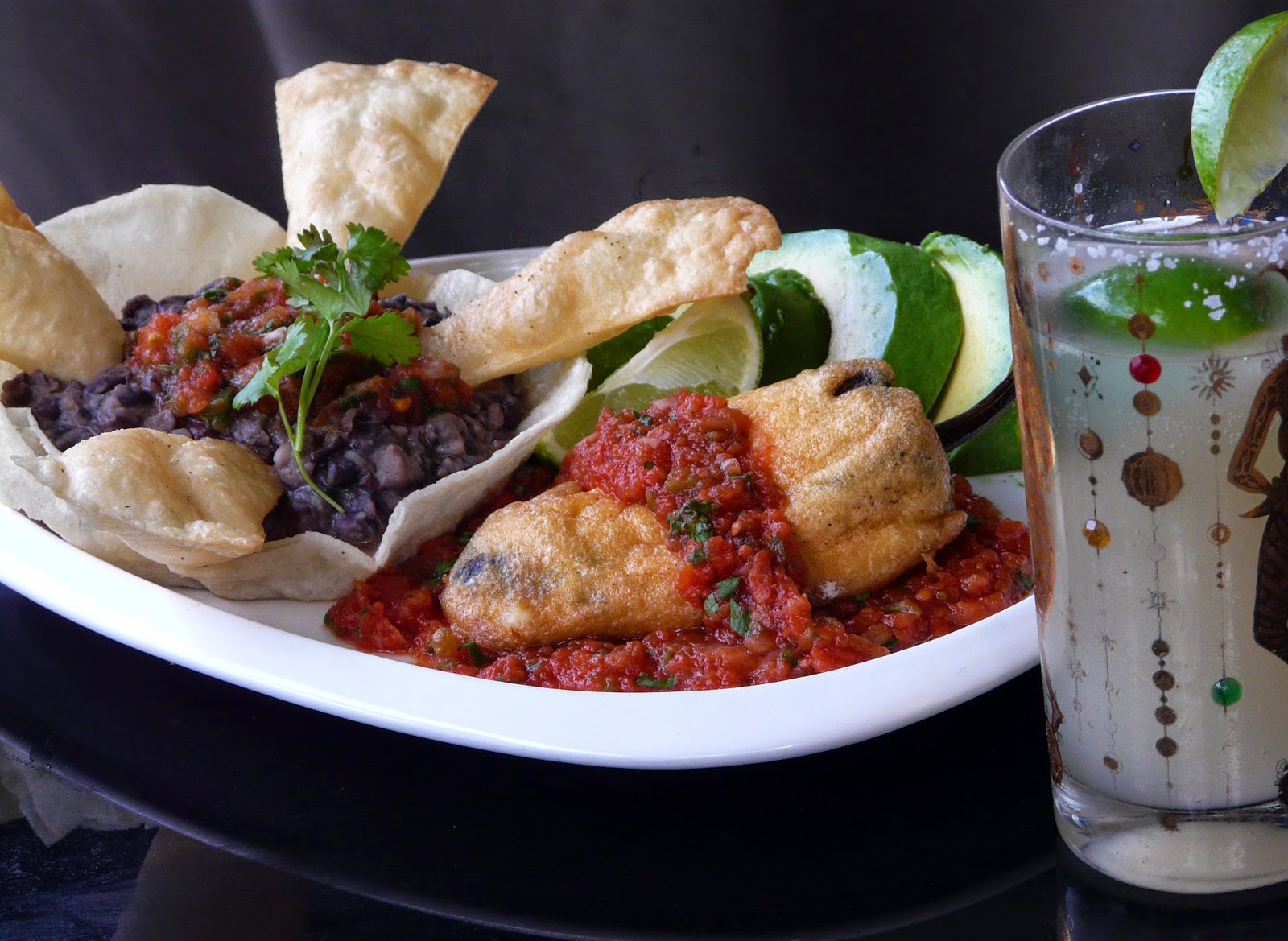 I hadn't planned on cooking Mexican for dinner until Moe mentioned about mid afternoon that it was Cinco DE Mayo day.

So I decided I would make Chiles Rellenos.
A family favourite.

The recipe was given to me by a woman who lived in Texas before moving to Canada.
I've been making this dish for 40 years.

I got lucky at the grocery store
and found fresh Poblano Peppers which are not always available here.
If I hadn't found fresh peppers I would have used whole canned chiles. 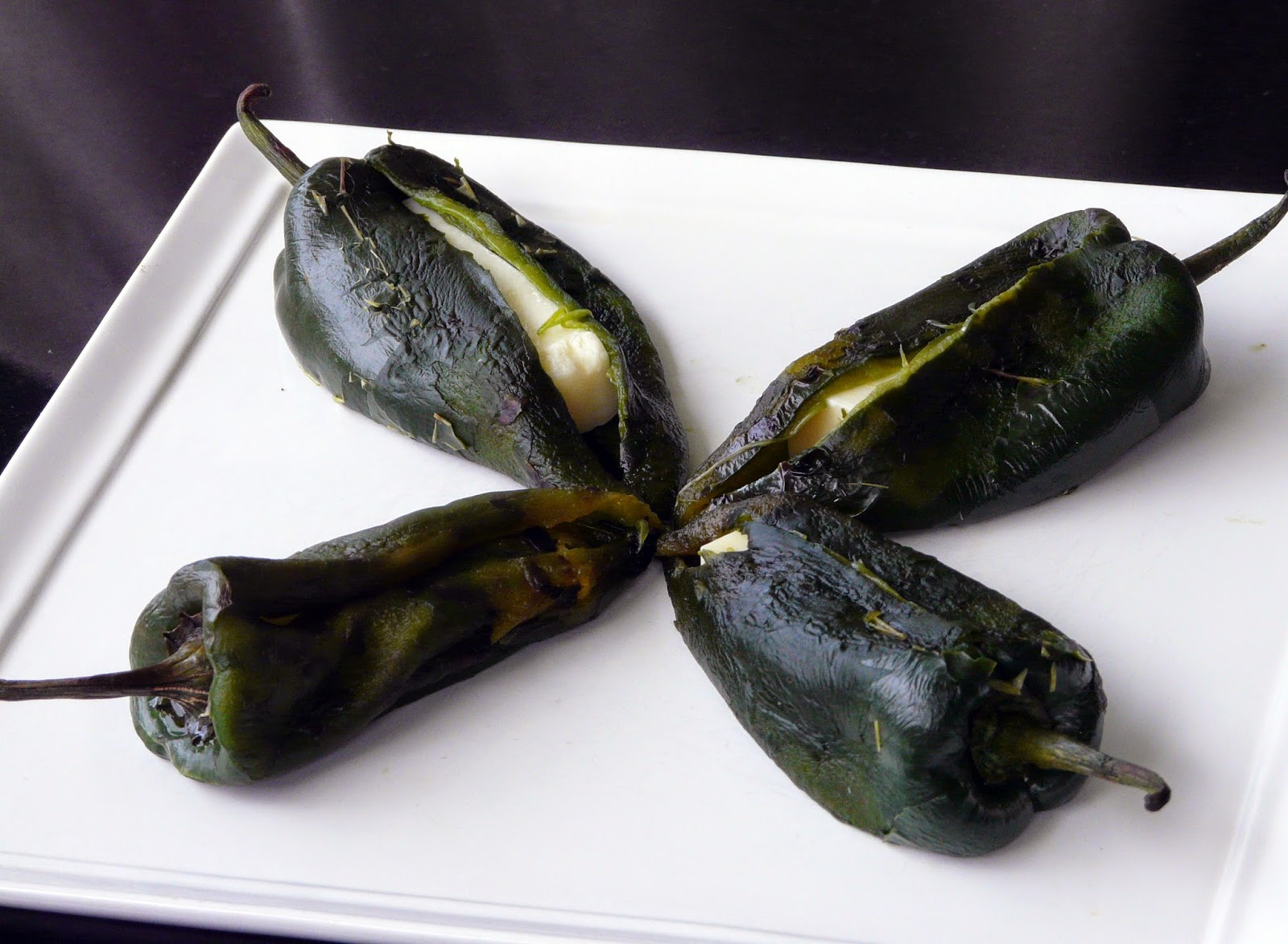 The peppers first needed to be blackened/roasted on the grill
and then peeled and stuffed with cheese.

They are then dipped in a batter and fried just before serving. 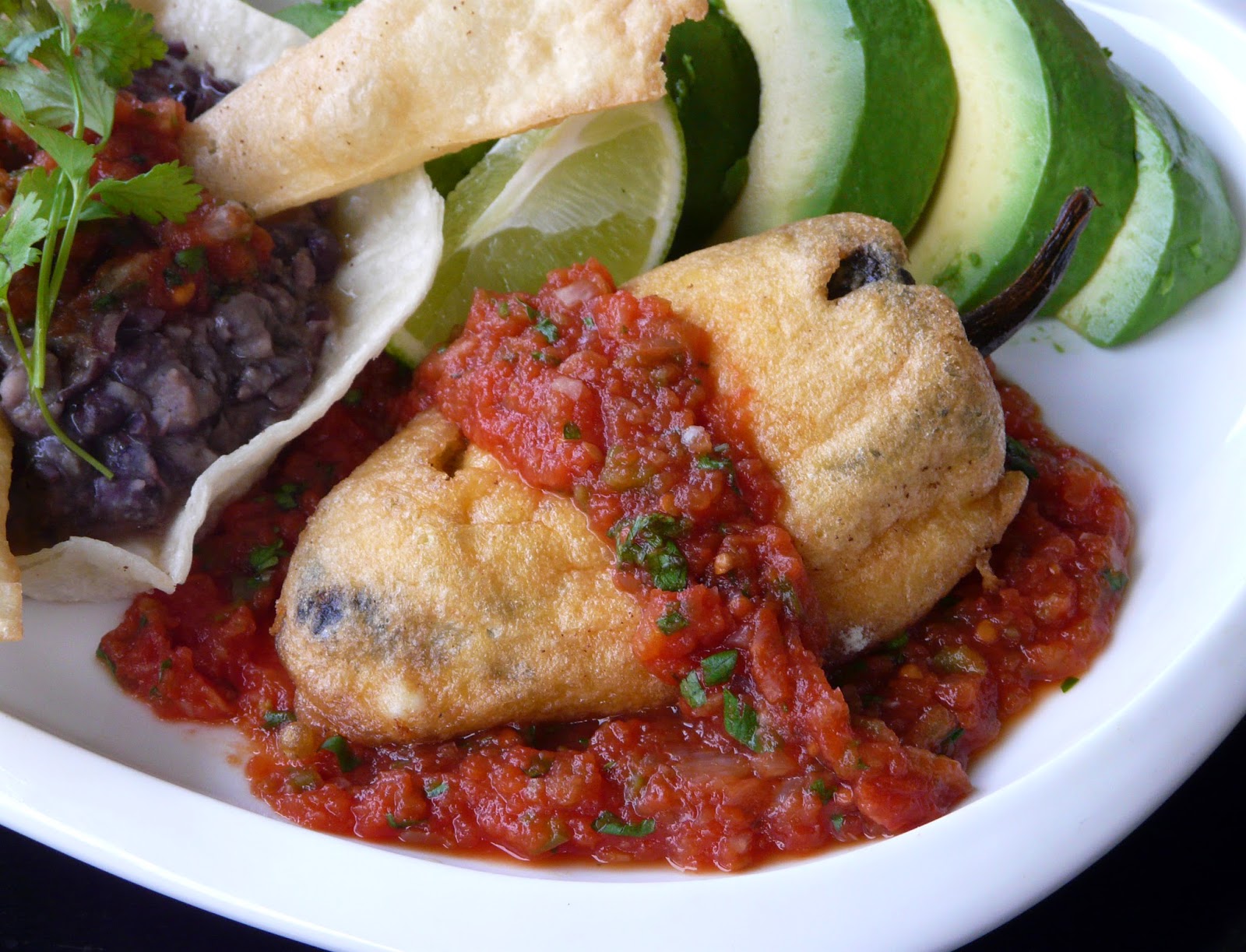 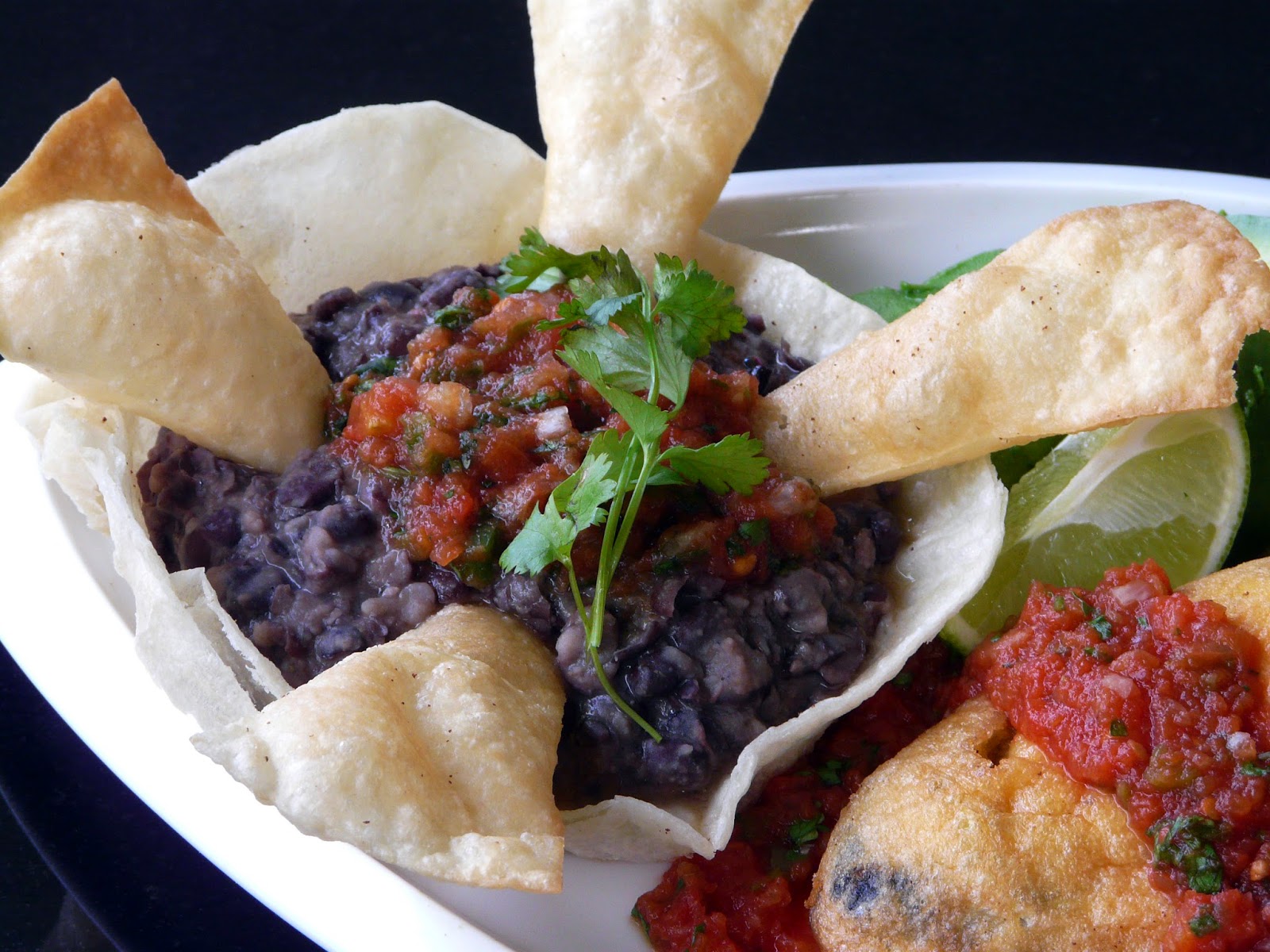 and a side of black beans topped with homemade salsa.

Monterey jack cheese
2 or 3 eggs separated
1 tablespoon flour
salt and pepper
oil for frying
Cut cheese into finger size pieces.
Carefully shove the cheese stick into a pepper being careful not to split it.
Heat about 1 inch of oil in frying pan.
Beat the egg whites until medium stiff peaks form. do not overbeat.
Beat egg yolks with salt, pepper and the tablespoon on flour.
Gently fold the whites into the yolk mixture.
Dip the pepper stuffed with cheese into flour and then into the egg mixture. Carefully add to the oil. If needed, spoon a bit of the egg mixture on top of the pepper while in the pan. (these fry quickly), flip over and fry other side. Remove and drain on paper towels. Continue cooking until all of the peppers are cooked.
Serve Chiles Rellenos topped with sauce,

Place the tomatoes, peppers, onion and garlic in blender and pulse. Puree leaving a little texture.

Heat oil in sauce pan. Add tomato chili mixture and simmer until the sauce thickens. About 5 minutes. Remove from heat and seaon with salt and add the cilantro .

Posted by Thibeault's Table at 7:00 AM