Since I started to use the Ken Forkish method of baking pizza,
which is basically moving the baking stone from the bottom shelf of the oven to the top shelf,
I've been very happy with the way that my pizzas are turning out.

I preheat the oven to its highest temperature, which in my oven is 550°F and finish the pizza under the broiler for two minutes. 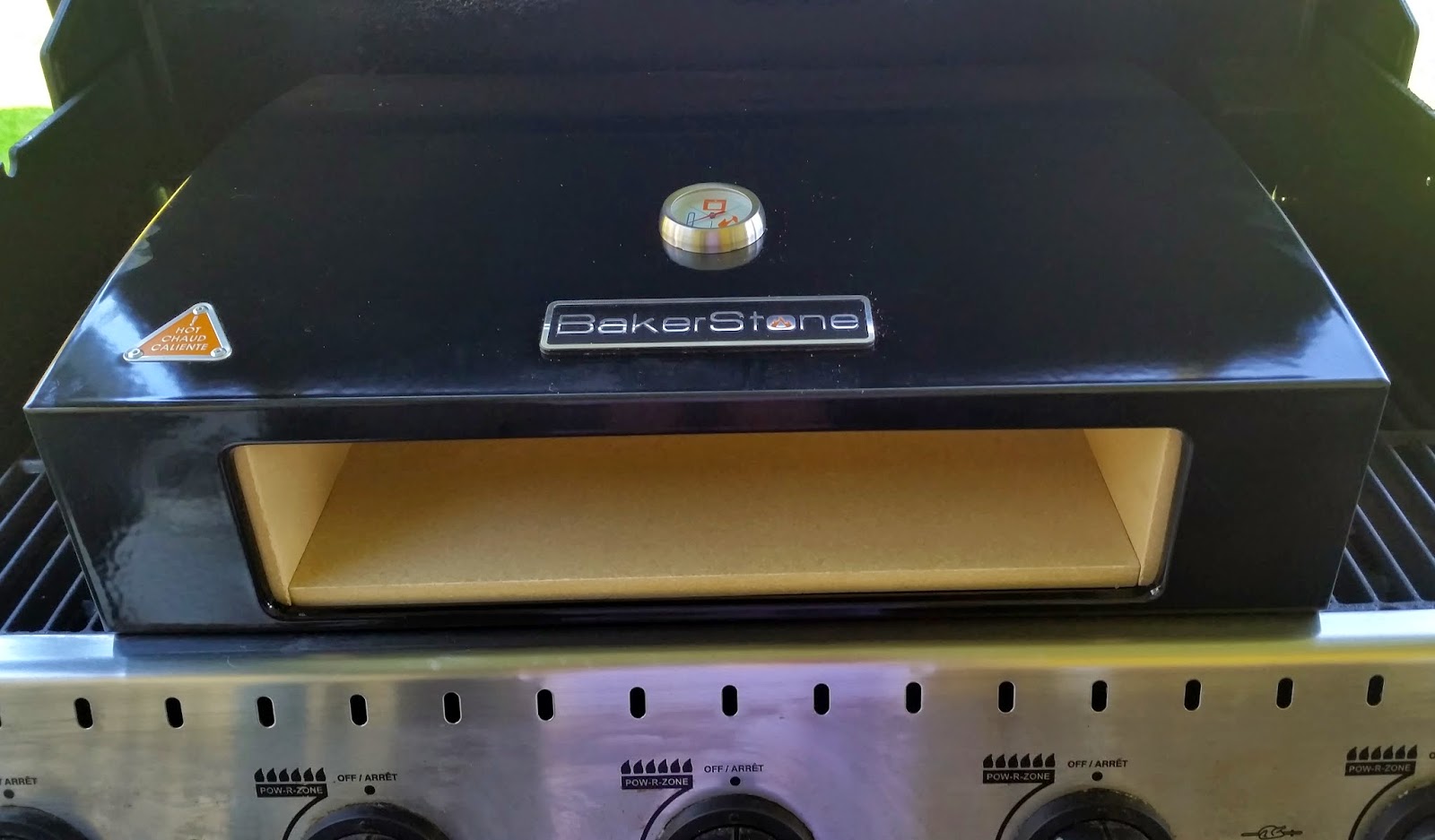 But when I saw that one of our local stores was offering the
Bakerstone Pizza Oven on sale for $79.00 I couldn't resist.

It took less than 10 minutes to put together, thanks to the video on the Bakerstone website.
Just a matter of putting in the stones. The oven is lined on five sides.
Only the front is open.

I had made a batch of dough on Saturday and baked bread Sunday night,
saving enough to make a couple of pizzas.

For my test run, I preheated for 20 minutes as per instructions and slid, or launched as Bakerstone calls it, the first pizza into the oven. 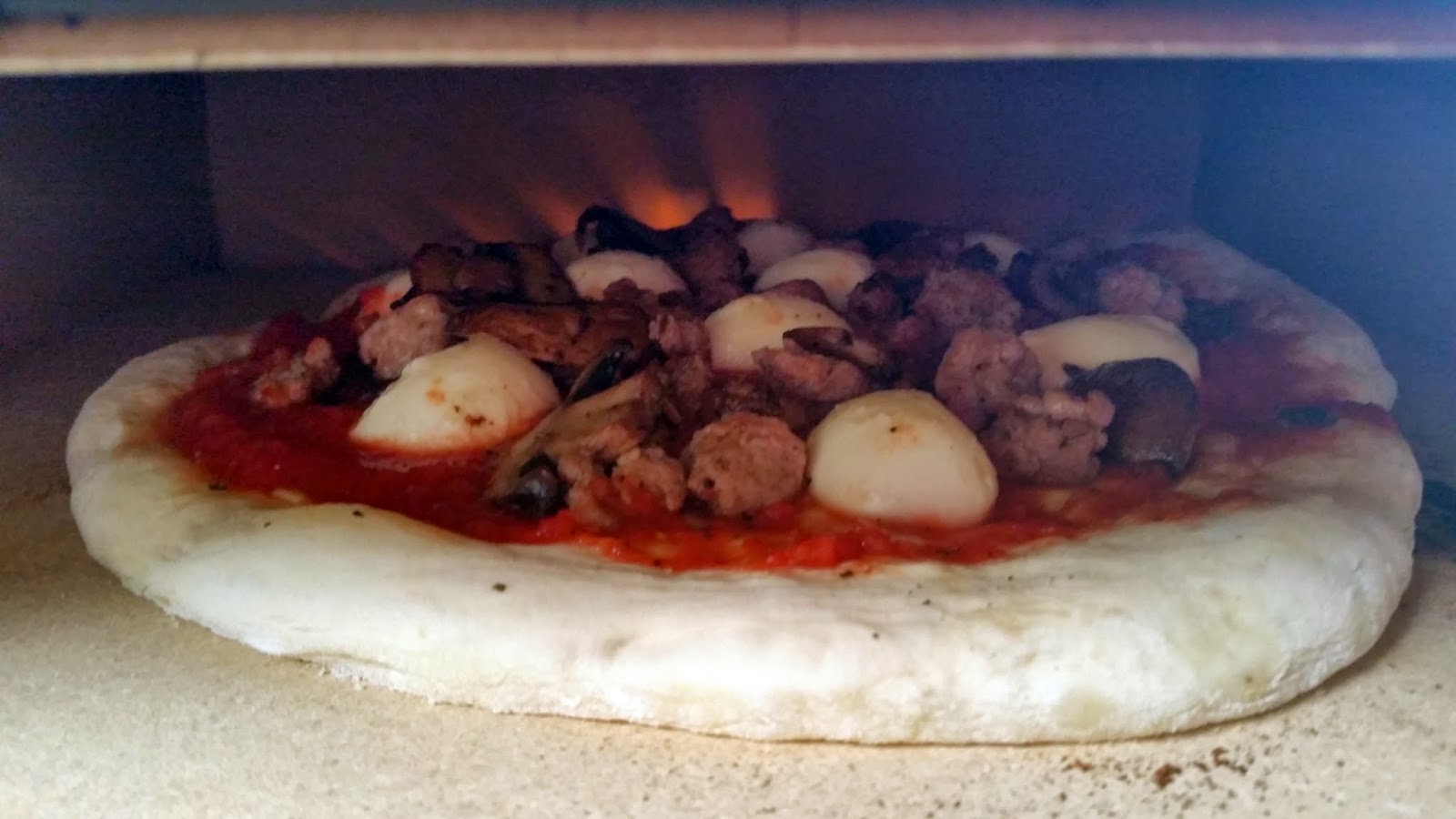 The first pizza was topped with fresh mozzarella, Italian sausage and mushrooms.

Because the back of the oven is the hottest, the pizza needs to be rotated, 1/4 or 1/3 turns every 45 seconds. I just used long handled tongs to make the turns. 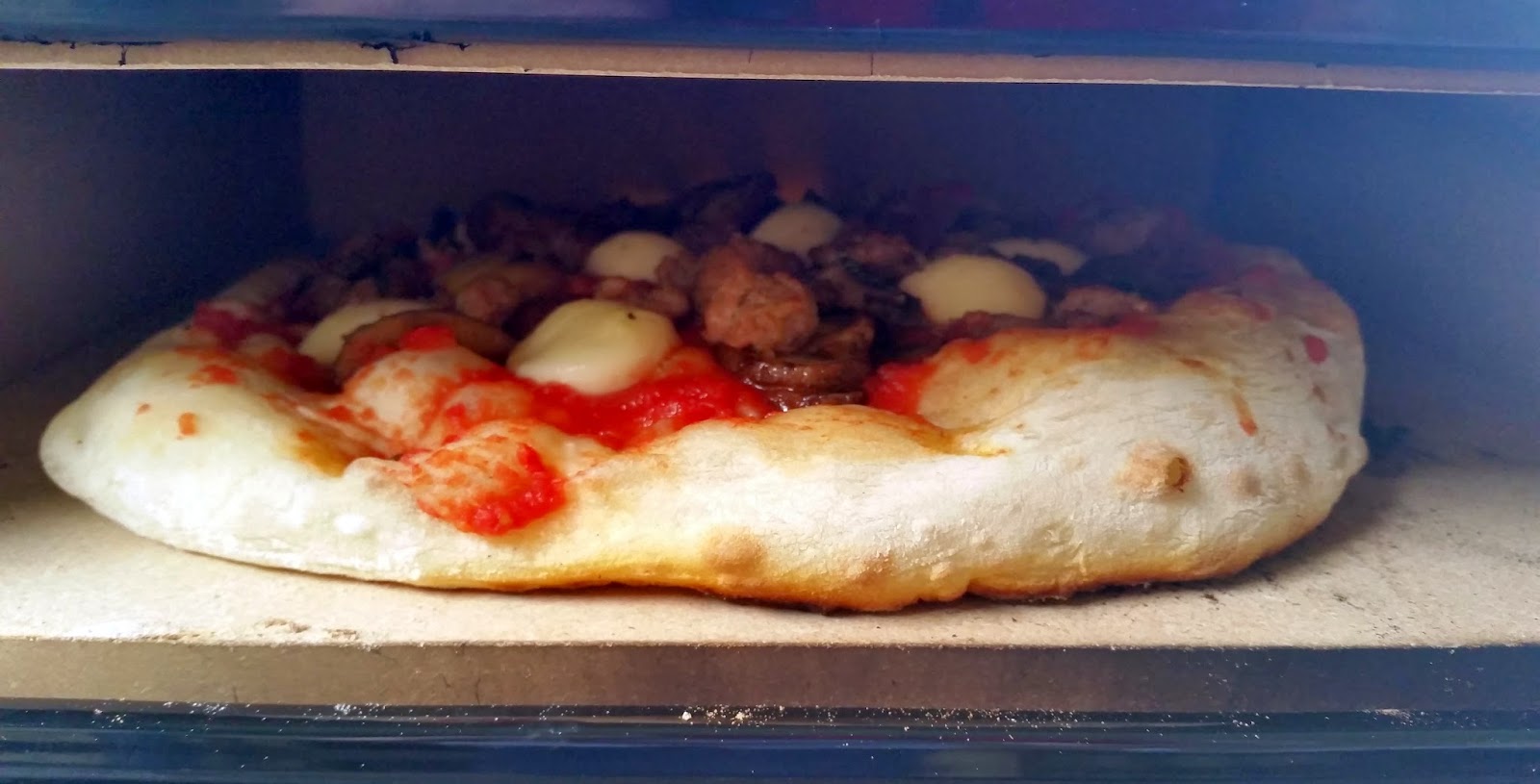 After the first turn. 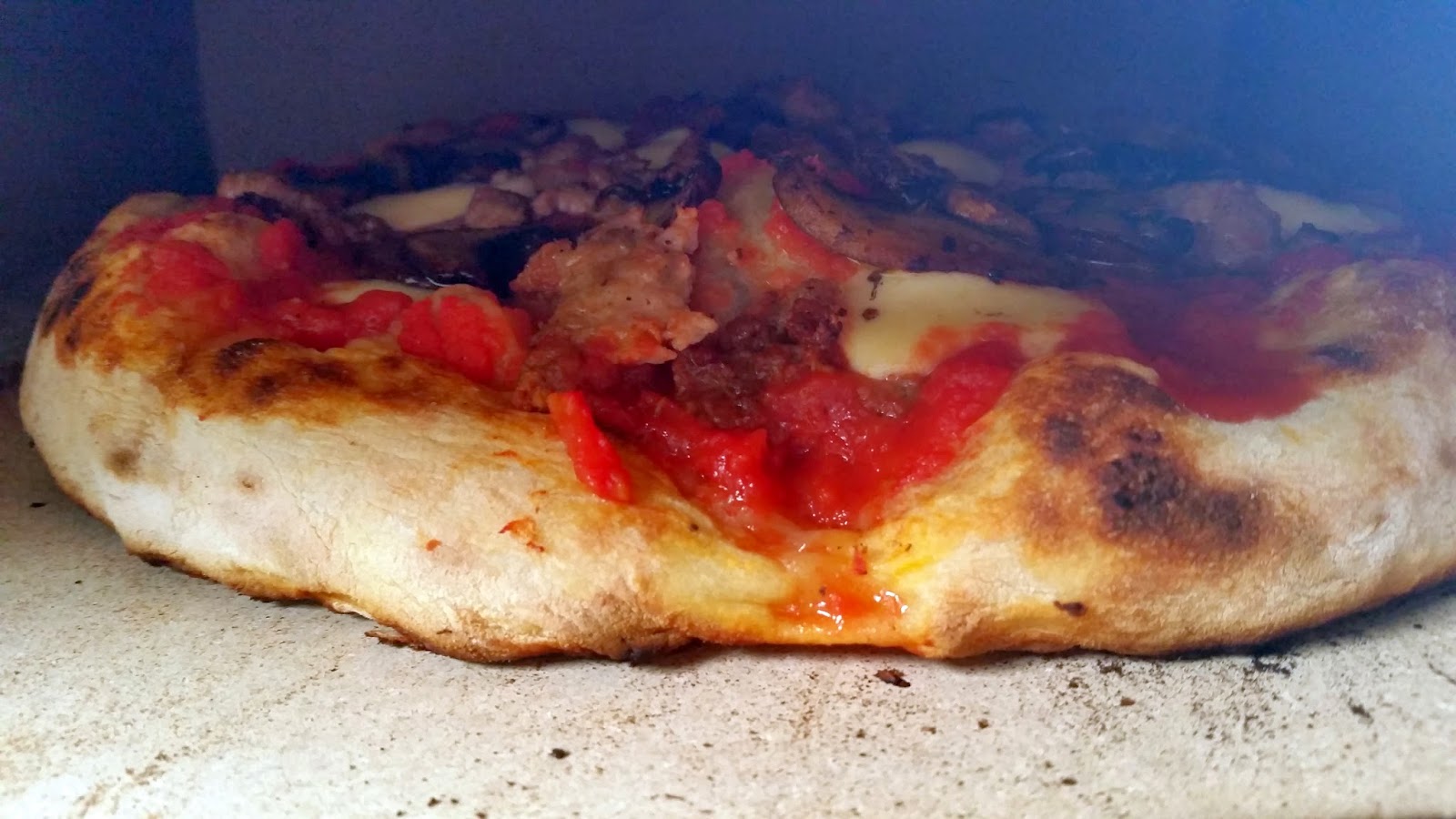 After the second turn. 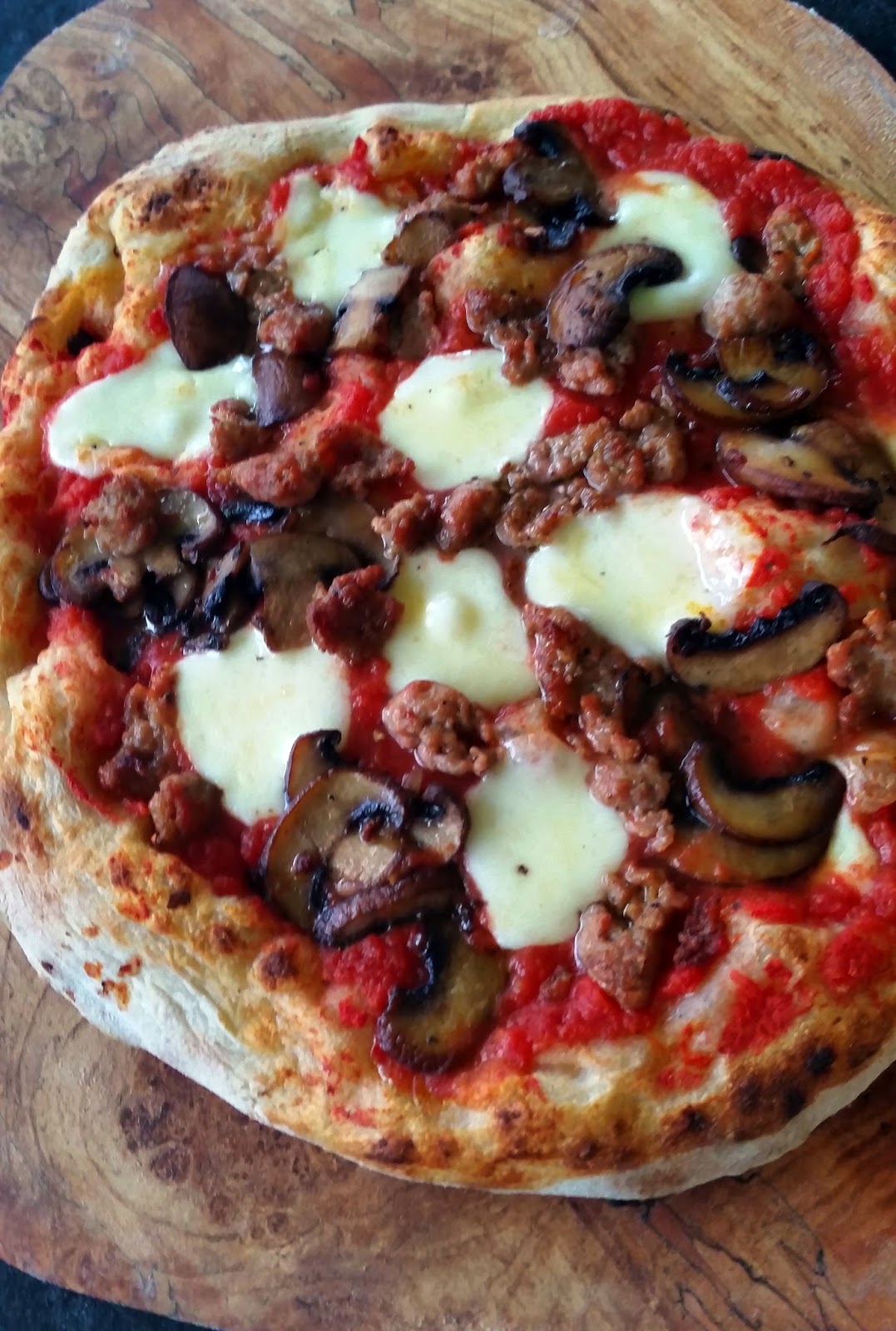 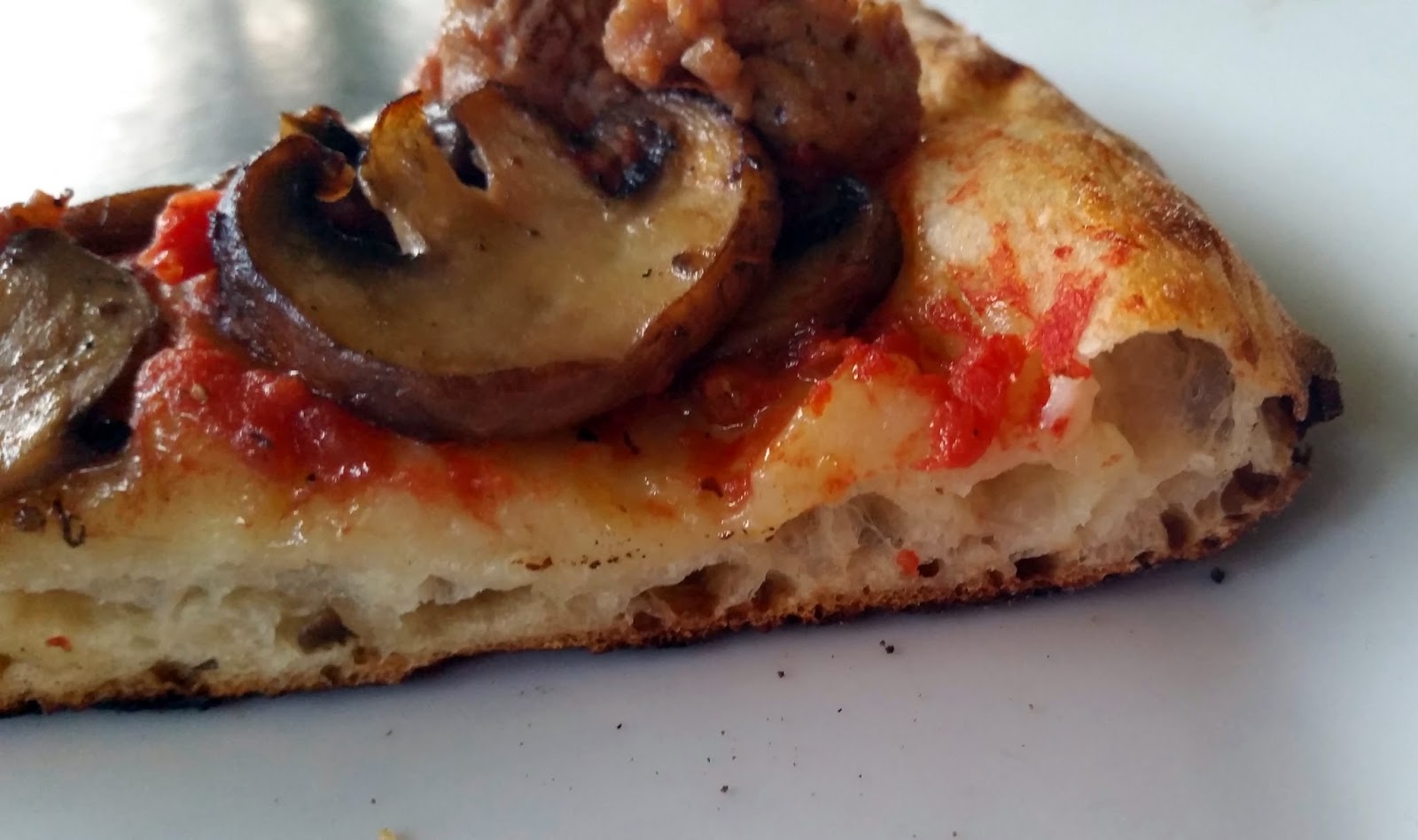 Really happy with my crust.

The second pizza went right into the oven as the first one came out.
No waiting to reheat.
In fact, I was concerned that the oven was too hot
so I adjusted the burners to lower the temperature. 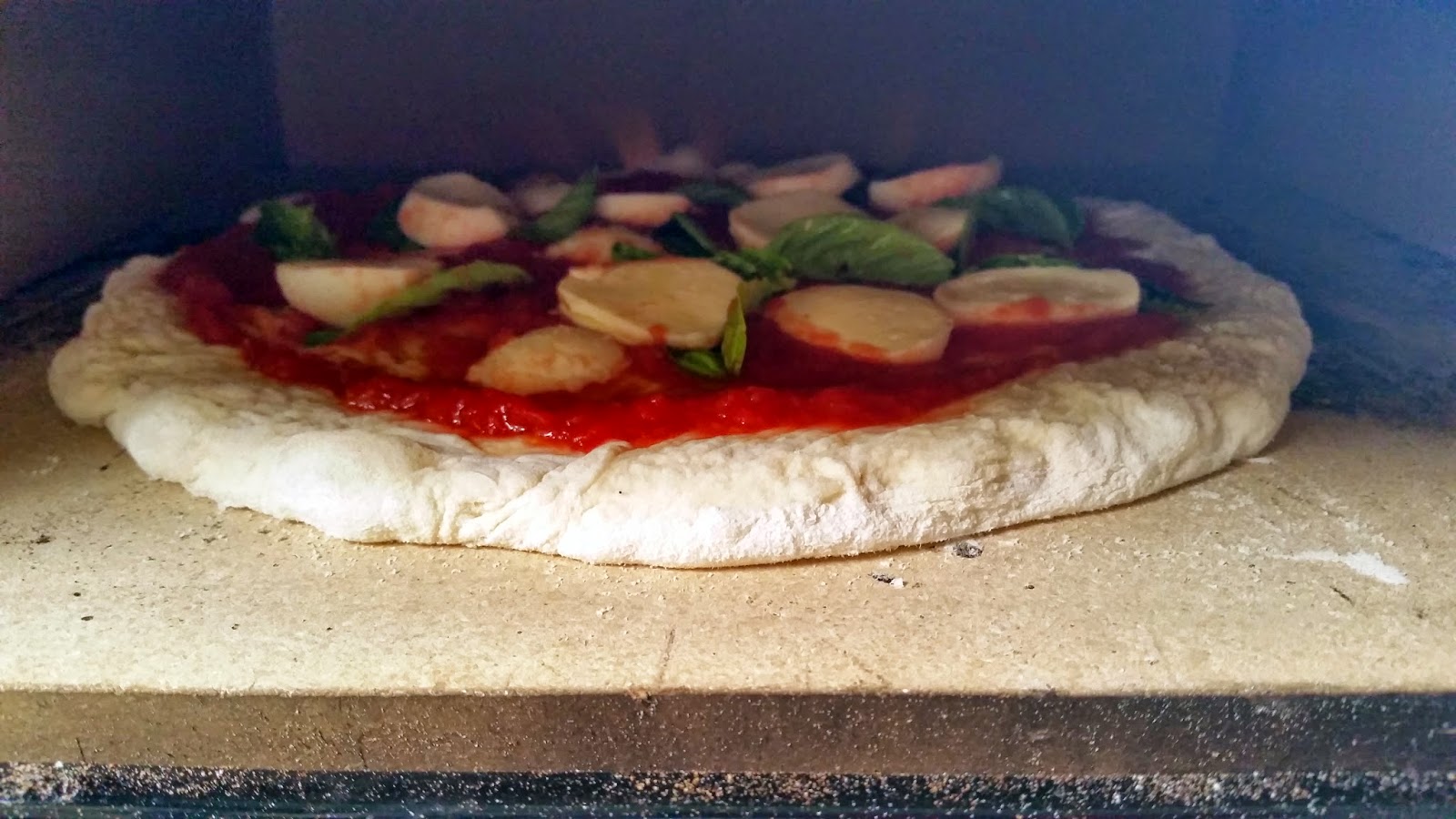 Second pizza was a simple Margherita.
Topped with fresh mozzarella and fresh basil. 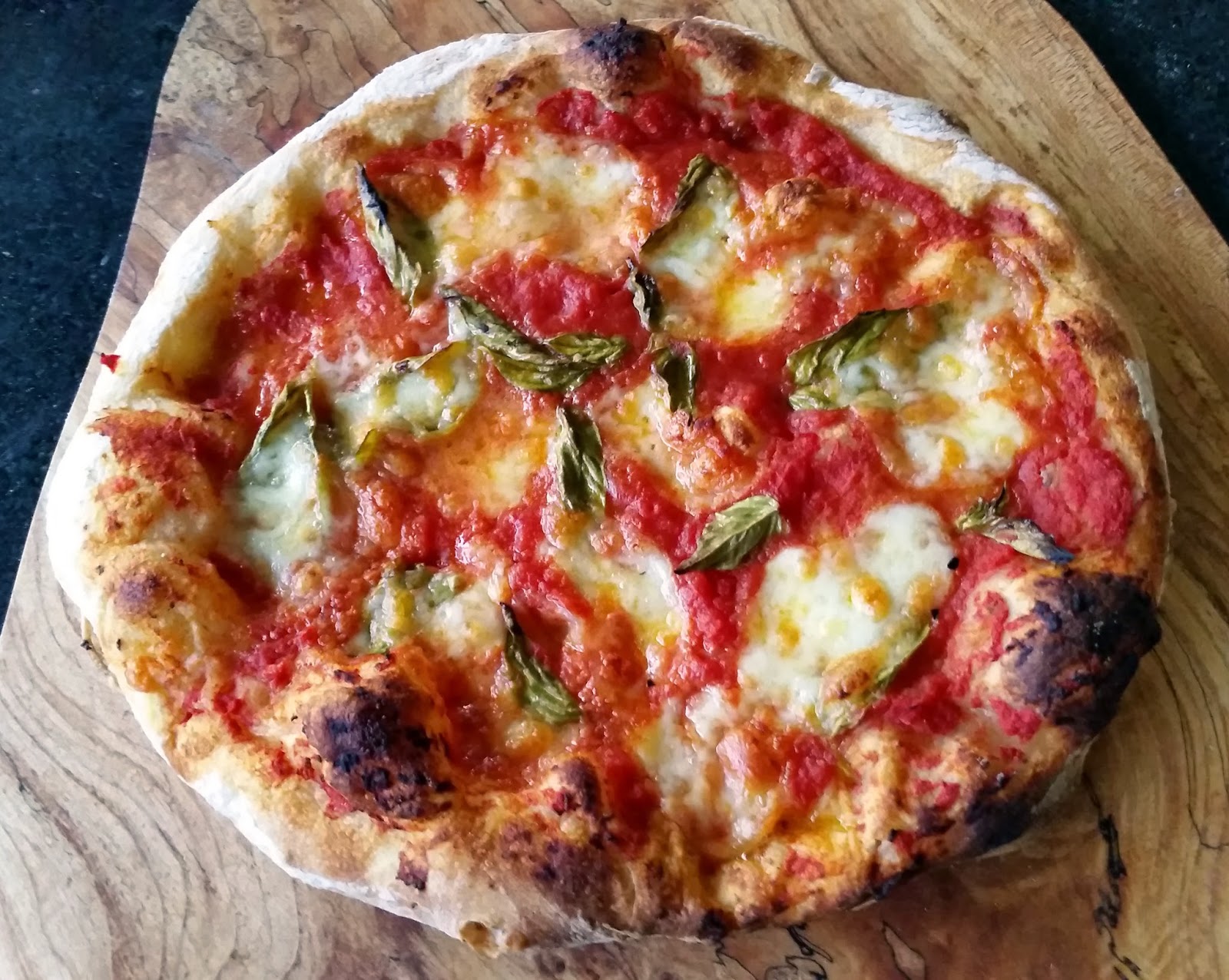 I only baked the second pizza because I was still testing.
We delivered this one to a friend.

Apparently you can bake bread in this oven,
but because the opening is small I don't think I would try baking baguettes,
but I might give Naan or other flat breads a try.

There is a bit of a learning curve,
but I'm really happy with my first attempts.

I think I am going to love my new toy. 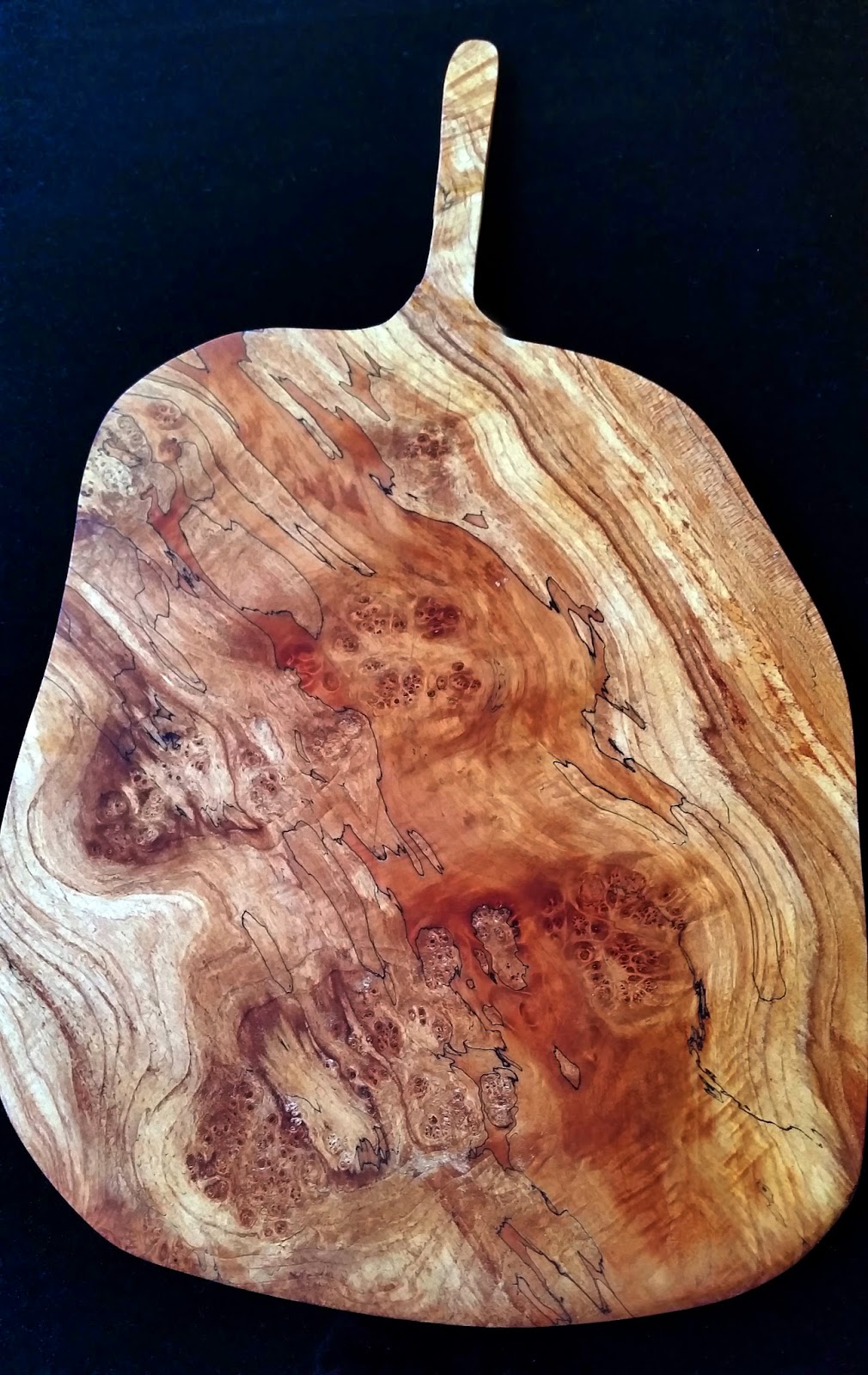 My pizza peel that I've had for years was too big to use in the Bakerstone Pizza oven,
so, after looking for a smaller peel in four different stores, without success,
I came home and using my scroll saw, made myself a peel
out of a piece of very beautiful maple burl.
Moe sanded the board and tapered the front edge. 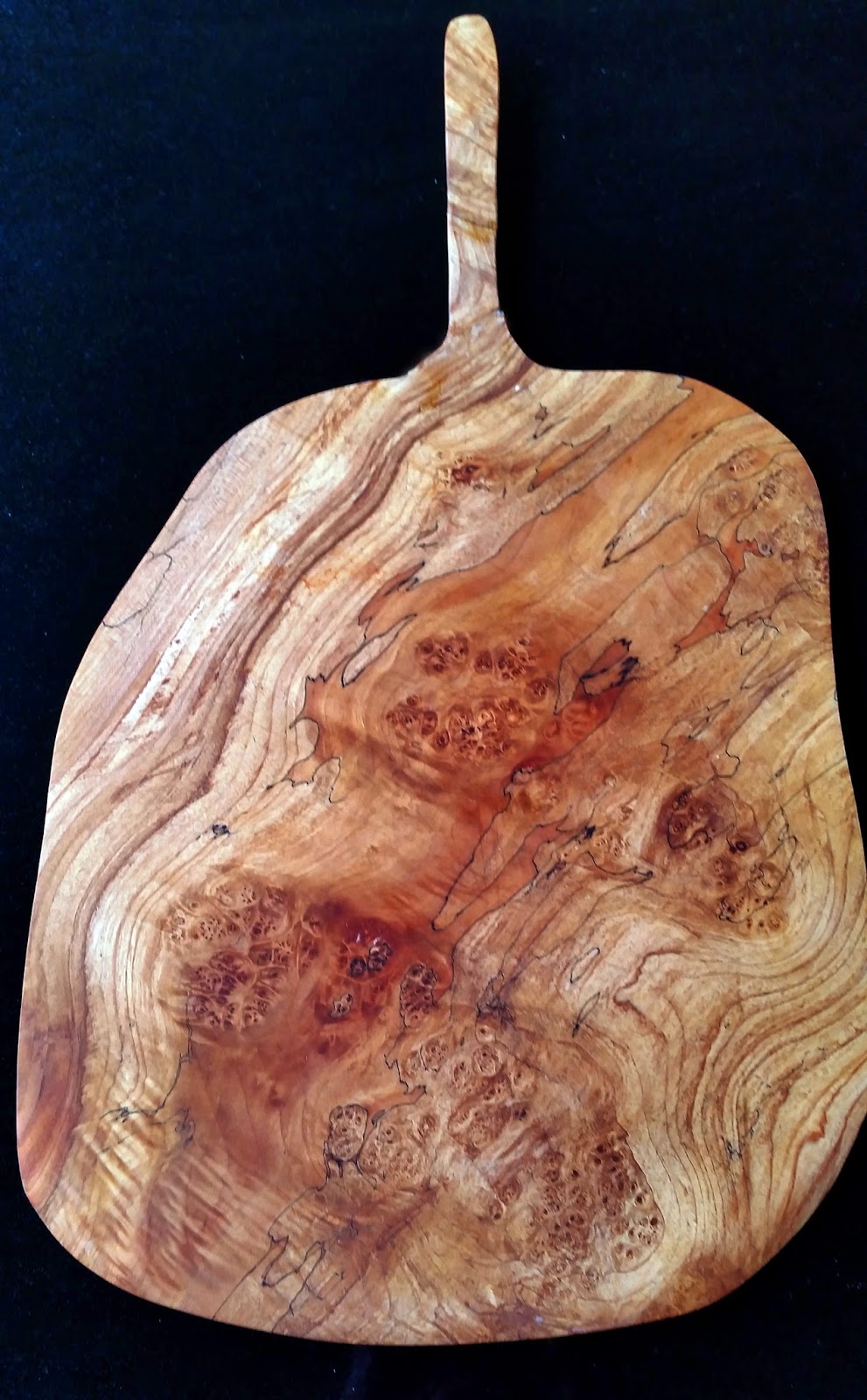 Posted by Thibeault's Table at 8:40 AM