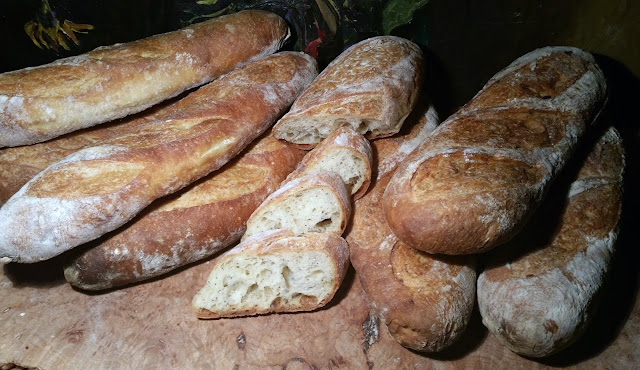 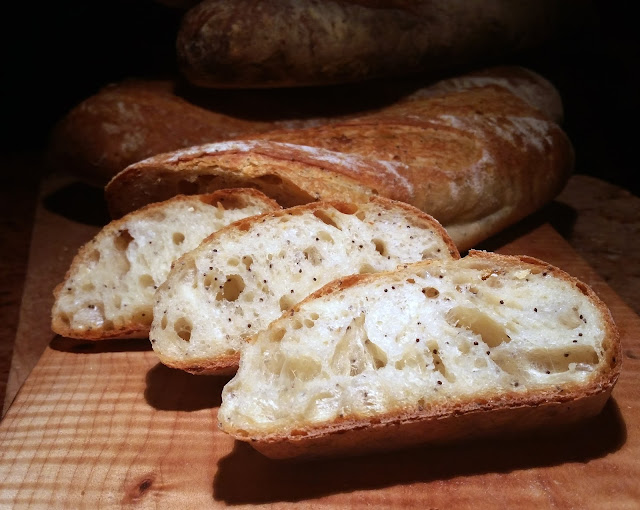 One batch I turned into a
Caramelized Onion and Poppy Seed version. 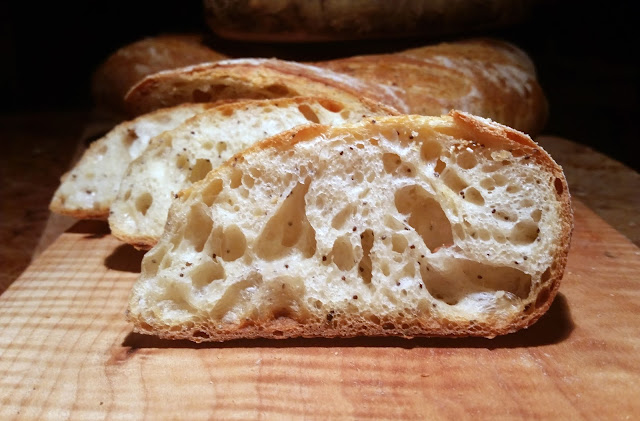 I tasted a sample of onion and poppy seed bread while in Victoria last week.

Decided that I would make my own version.

I winged it using my regular basic recipe.

Caramelized onions and poppy seeds,
along with a combination of milk and water were added to
my standard recipe. 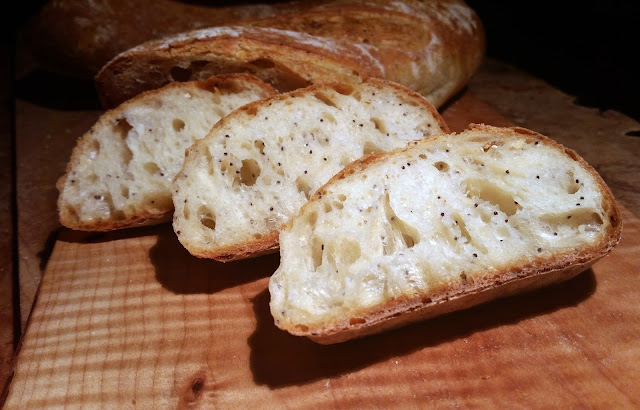 I was really happy with the crumb.

Wasn't sure it would be as open or have the shine because of the addition
of the onions with butter and oil, and the addition of the milk. 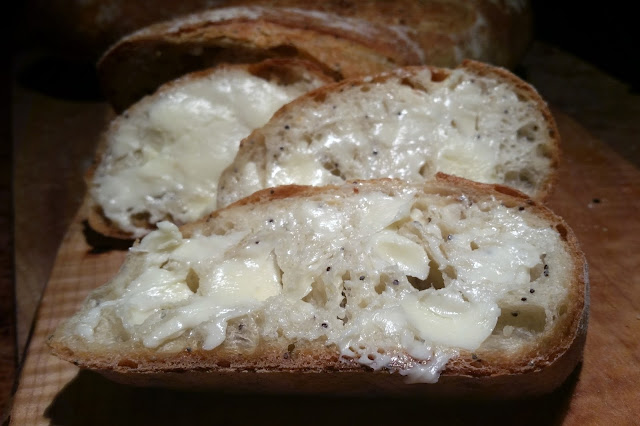 The bread came out of the oven late evening.
Moe and Matt both had warm slices, buttered as a bed time treat. 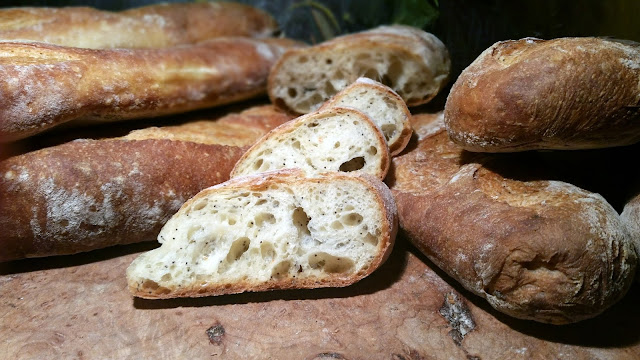 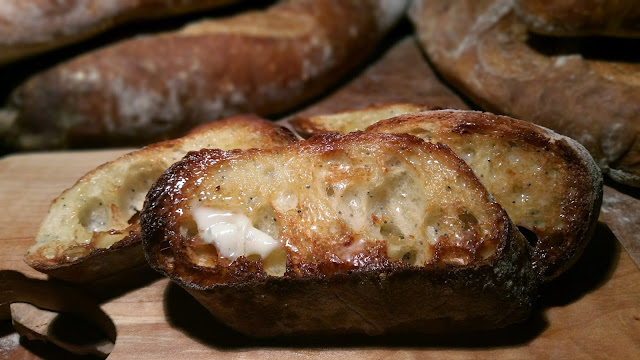 It made great toast.

In a medium sauté pan, melt the butter and the olive oil. Add the diced onions and cook on a low-medium heat, stirring often, until the onions are caramelized. Let cool and set aside.

In a large  mixing container,  place the flour and the poppy seeds and mix well.  Add the milk, water, mix by hand.  Let sit 10 minutes.  Add the onions including the  butter and oil and incorporate using the pinch, and fold method.
Autolyze for 20 minutes.

Sprinkle the salt and yeast onto the dough and using the pinch and fold method, blend into the dough. Let autolyze another 20 to 30 minutes.

Do a series of 5 to 6 stretch and folds every 20-30 minutes.
Allow the dough to do a bulk rise until dough has almost tripled.

Divide the dough and let rest covered for 20 minutes.  After rest, shape into baguettes or boules.  Dust with flour, and cover with a tea towel and leave to proof.  (check with the finger dent test).

As soon as the loaves go into the oven, spray with water, and for more steam,  toss a cup of hot water into the bottom of a pan in the bottom of the oven.

If using a Dutch Oven uncover after 20 minutes. Bake 5-10 minutes longer until desired colour and temperature is reached.