Breakfast has always been one of
Moe's favourite meals.

I'm not a big fan of traditional breakfast foods
but I love dinner for breakfast.

And since we are usually up early, as in before
4:00 AM every morning I will often cook
for breakfast, what had been intended for
dinner the night before.

In no particular order, here are some of
Moe's breakfasts since the beginning of 2017. 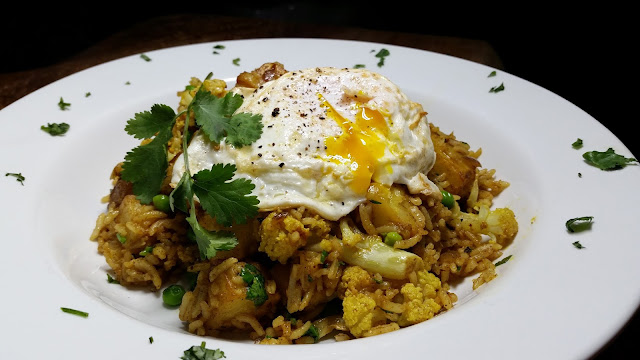 A breakfast version of Aloo gobi.
Potato and Cauliflower fried rice topped with an egg. 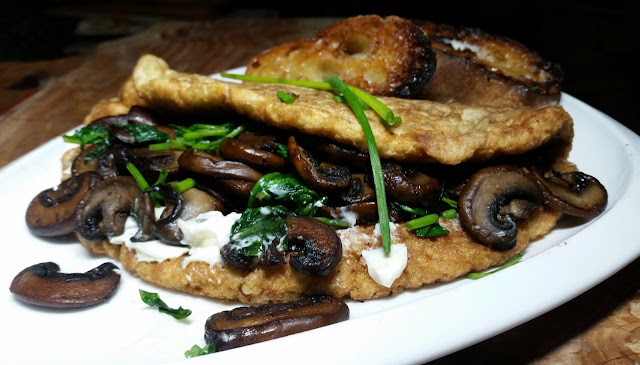 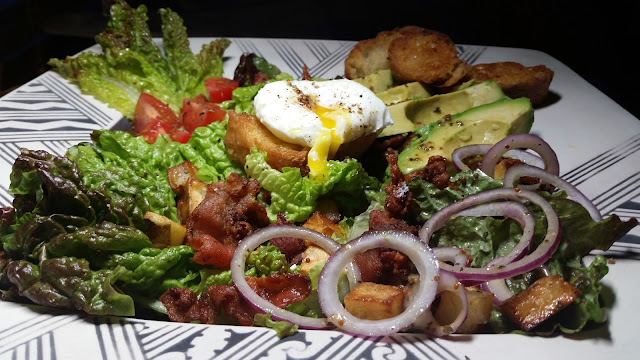 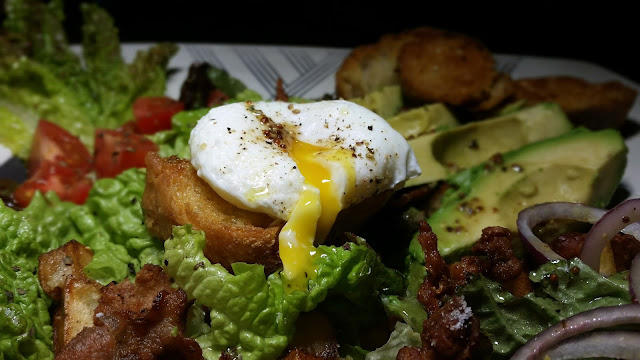 Topped with a poached egg. 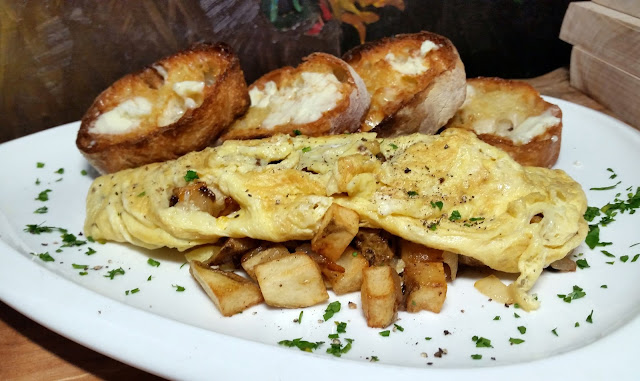 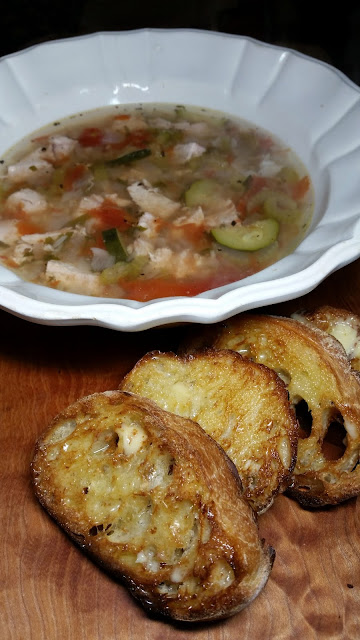 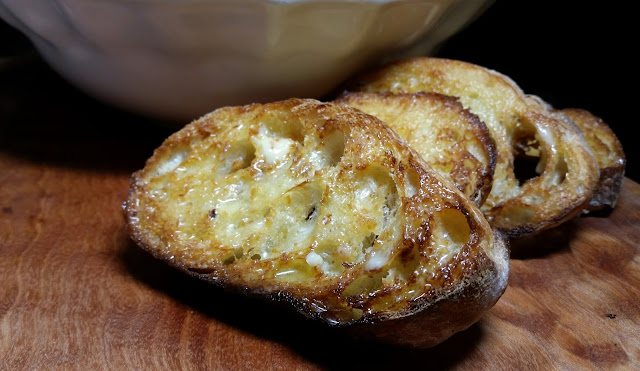 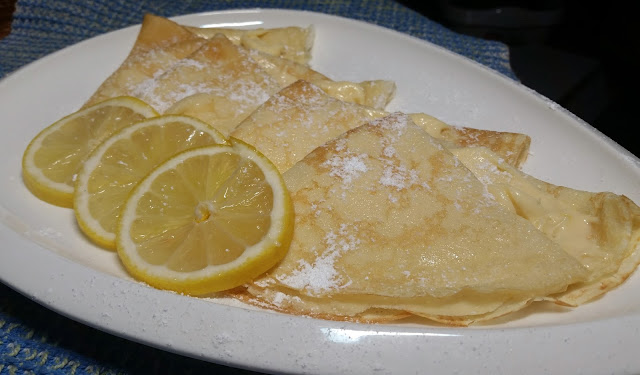 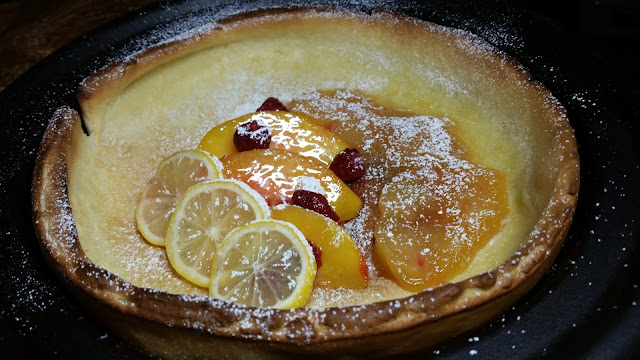 Used the remainder of the lemon curd
in a Dutch Baby Pancake. 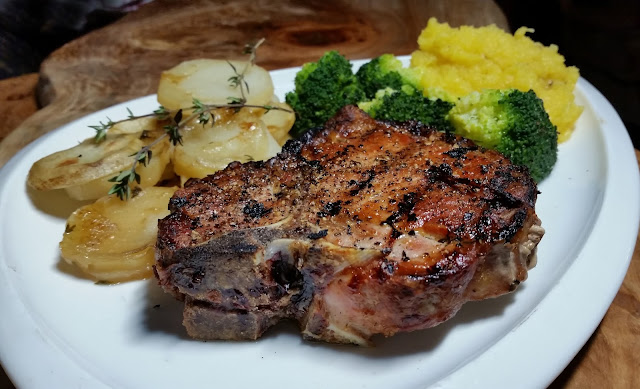 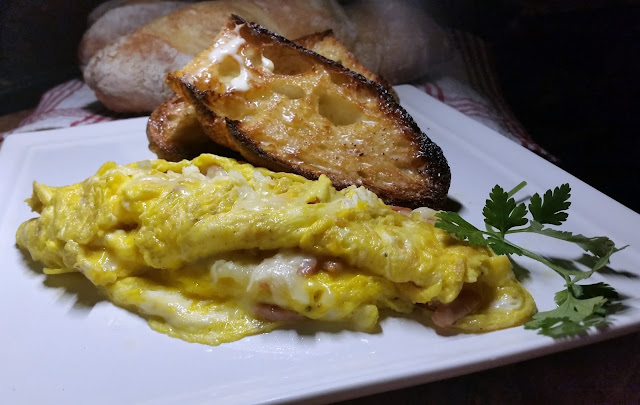 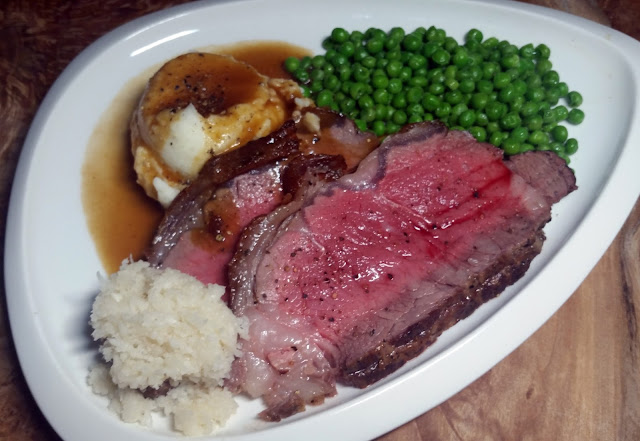 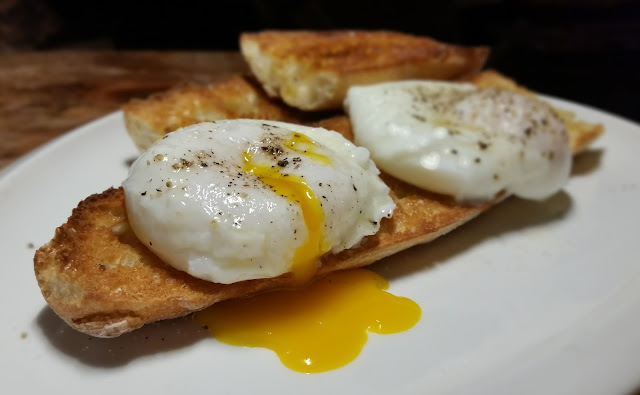 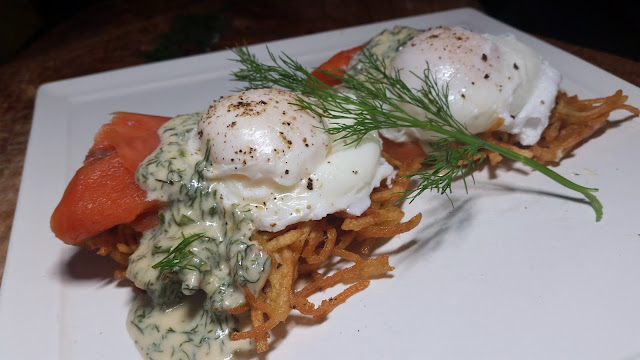 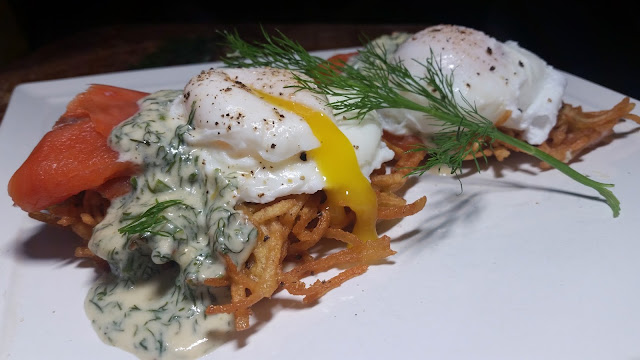 Served on potato Latkes with a dill cream sauce. 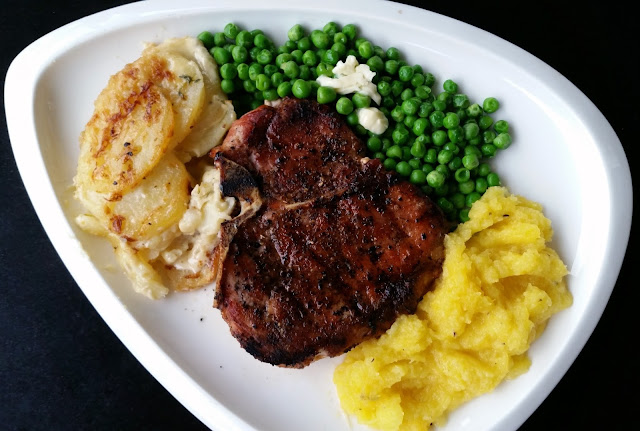 Another Pork chop grilled for breakfast served
with Potato Gratin. 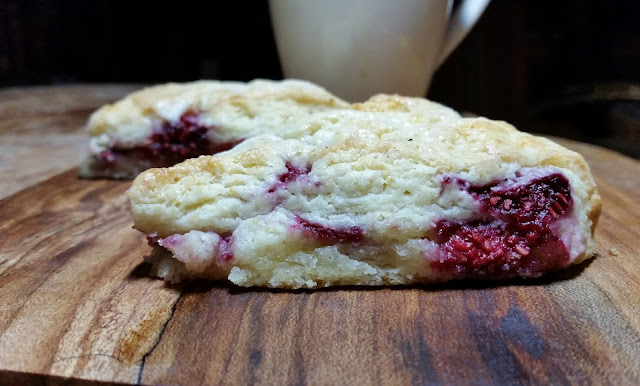 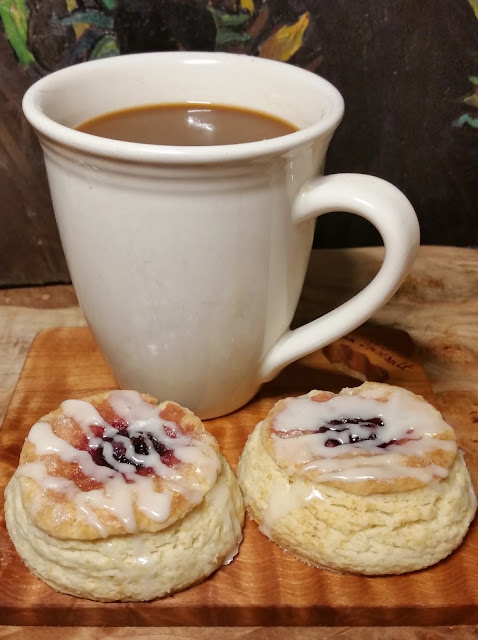 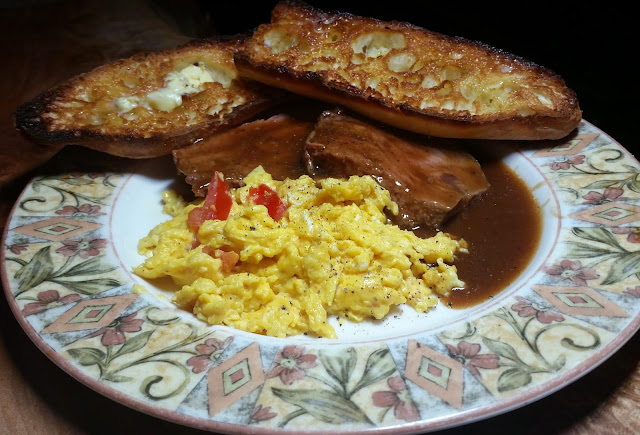 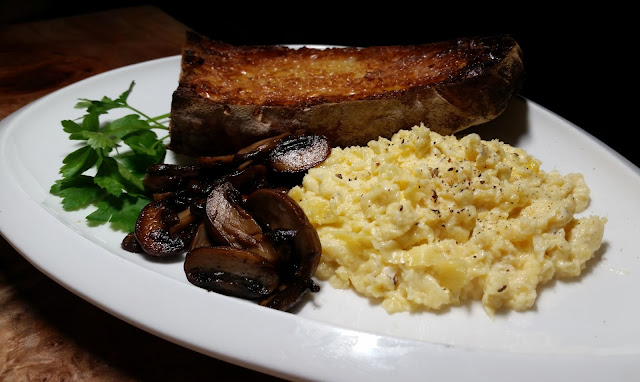 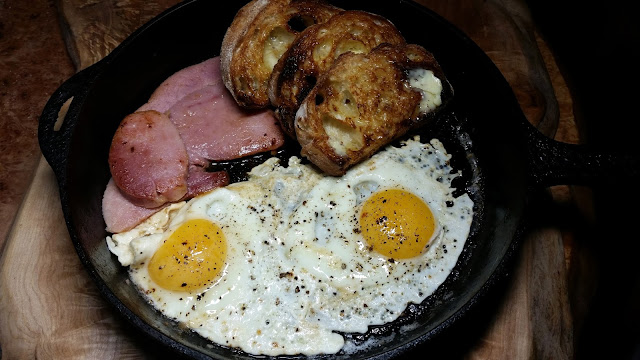 A skillet breakfast of fried eggs and ham. 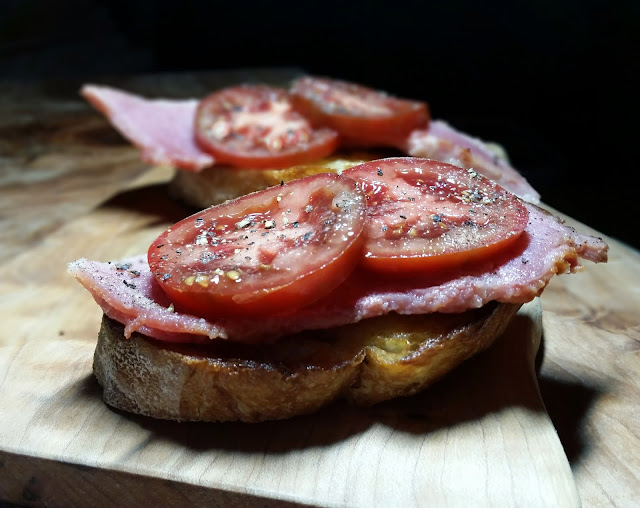 Now this is my idea of breakfast.
Fried ham topped with tomatoes.
Posted by Thibeault's Table at 7:02 AM