Was up early again yesterday so decided
to make a Pot Roast with
a boneless inside blade roast.

I never use an actual recipe for pot roasts.

I browned the roast well in a cast iron skillet.

When the meat was browned I added to
cut up white onions, a head of peeled and
cracked garlic cloves and two stalks of celery
cut into 2" pieces.

Sauted until onions softened and started to just turn golden.
Added beef broth and a squirt of tomato paste,
seasoned with rosemary and salt and pepper.

I turned the meat over twice. 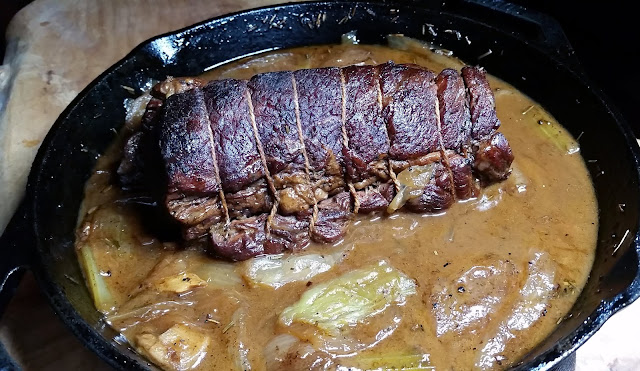 but given the choice, Moe decided he would
like a pot roast sandwich for breakfast
on one of my homemade sourdough baguettes. 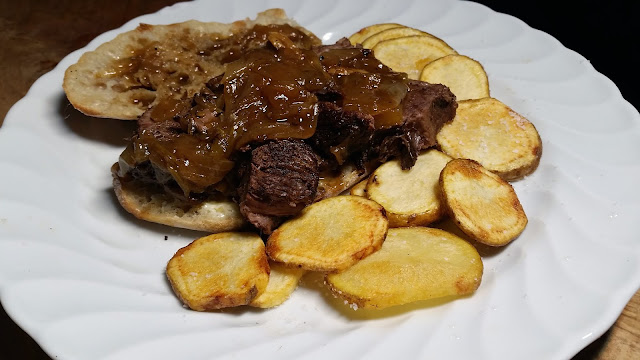 I made him  few fries to with his sandwich.
Posted by Thibeault's Table at 8:24 AM