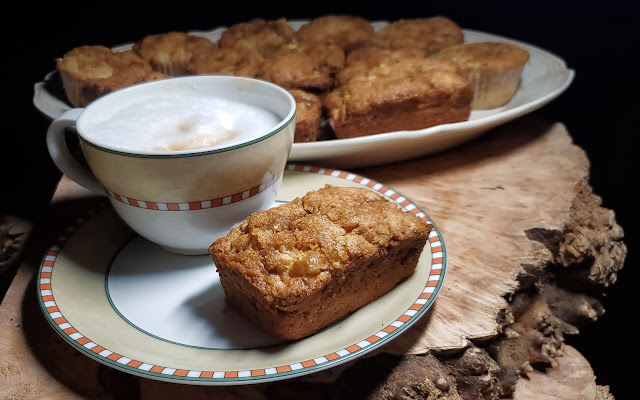 I saw these little Applecakes on eGullet
recently and  just had to make them.

They are called Modern Applecakes

The recipe is from: A Game of Thrones : A Feast of Ice and Fire
by: Chelsea Monroe-Cassel and  Sariann Lehrer

The recipe calls for making eight in a jumbo muffin tin.

I made them in two smaller  pans.

There was enough batter for six mini loaf cakes 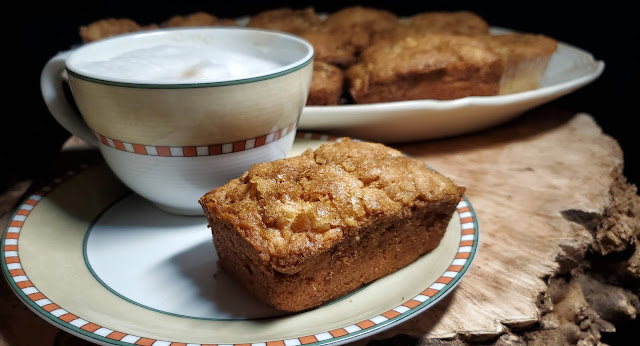 Perfect with a Cappuccino.


Essentially apple coffeecake muffins, these have crumble tops with
a crunch that contrasts with the softness of the cake itself. The
apples melt as they bake, imbuing the cake with an incredible
moistness and apple flavor.

Preheat the oven to 350°F. Grease the cups of a jumbo muffin pan.
In a large bowl, cream together the butter and sugar until light
and fluffy. Beat in eggs and vanilla. In a separate bowl, combine
the flour, baking powder, baking soda, and salt. Gradually add the
dry mixture to the creamed mixture, alternating with sour cream
and mixing well after each addition. Stir in the apples. Scrape
the batter into the prepared muffin pan, filling each cup
two-thirds full.

For the topping, combine the brown sugar and cinnamon. Cut in the
butter until crumbly, then stir in the nuts. Sprinkle the topping
evenly over the batter-filled cups, pressing gently to mix it with
the cake. Bake for 30 minutes, or until a toothpick inserted near
the center comes out clean. Allow to cool

Posted by Thibeault's Table at 3:11 PM