Divided a 500g batch of dough  into 1/3rds.
This is my regular baguette.
The same one I use for most of my breads as well as pizza. 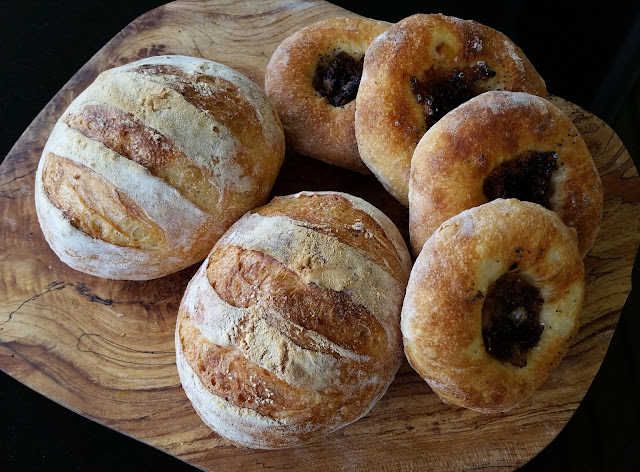 Shaped two small boules and while they were proofing
shaped five Bialys with the remaining dough.
Filled with sauted onions and poppy seeds. 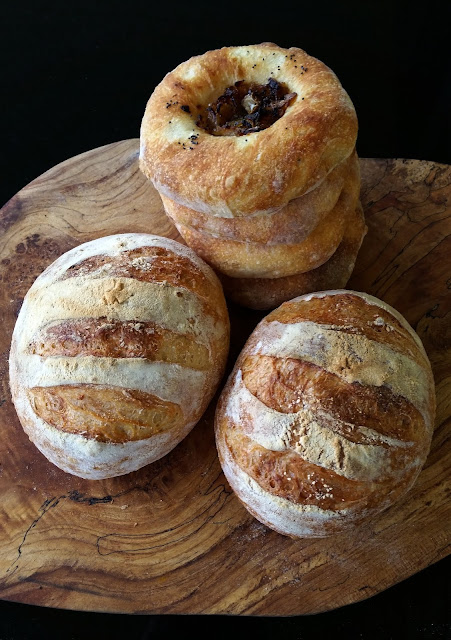 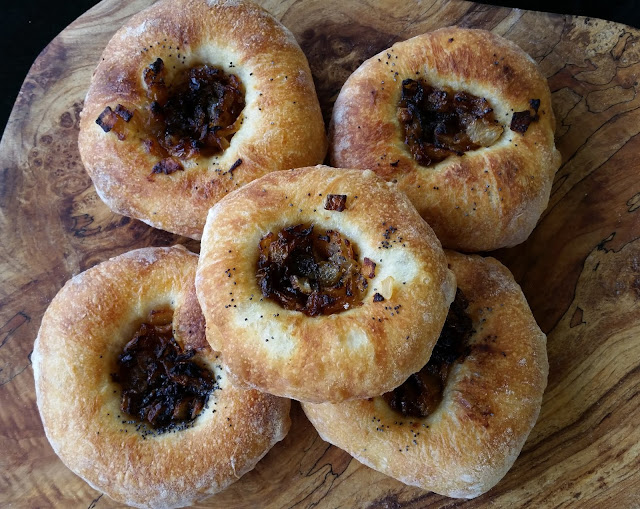 Both the Bialys and the Boules were baked in the CSO using the Bread setting with steam. 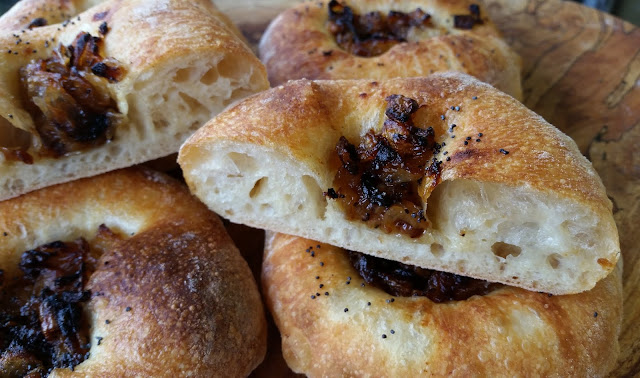 Cut one of the Bialys in half to see the crumb. Same shine as my baguettes.

Recipe can be found here.+
Posted by Thibeault's Table at 10:24 AM