This is my basic apple pie. 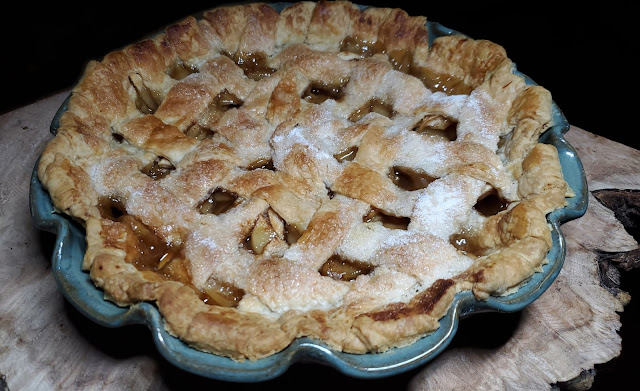 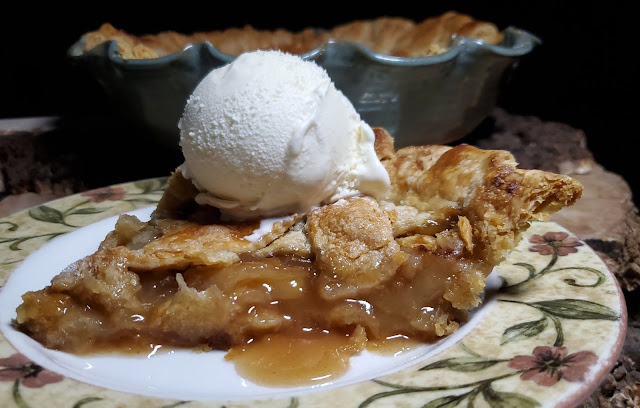 And this is the same recipe, but instead of two crusts,
this one was finished with an apple crisp topping. 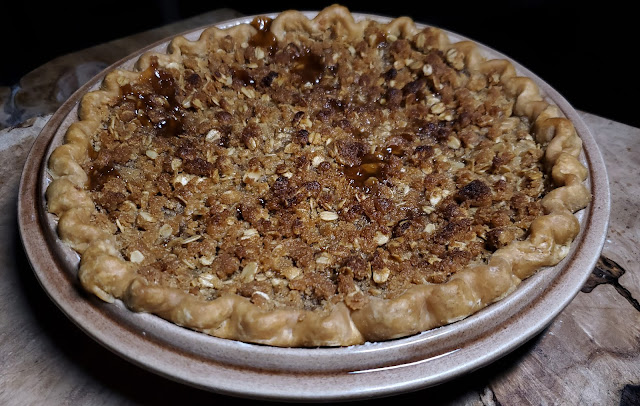 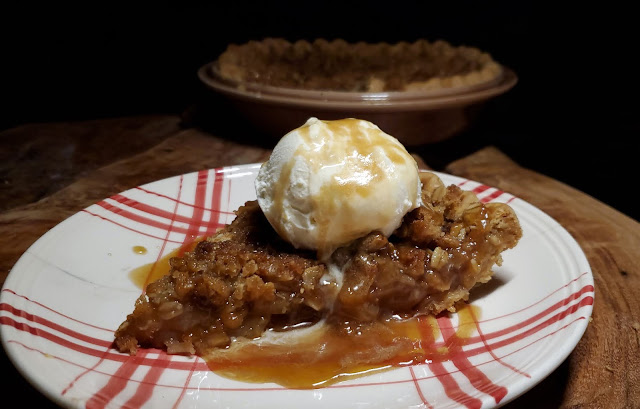 Peel and slice the apples. Squeeze half a lemon over slices and
toss to coat. Add the sugars, flour and cinnamon and toss again.

Roll out bottom crust and line pie plate. Add apples, dot with 1
tablespoon of butter and cover with second crust. Decorate with
leftover pastry. Make sure to cut a couple of vent holes.

Place pie on bottom rack. Bake for 15 minutes. This helps to cook
the bottom crust.

Reduce heat to 375°F, and raise the pie to the middle rack. Bake
for 40 to 50 minutes. If the crust is browning too quickly, you
can cover loosely with a piece of foil.

(notes: if using for a sweet pie, add 1 or 2 teaspoons of sugar.)
OPTION:  Use all butter in the crust.

Mix flour with salt, and cut in butter and lard.

You can cut the butter/lard in using the food processor or with a
pastry blender.

Or you can use a box grater for the butter.

Put flour mixture in bowl and add water mixing with a fork until
pastry
comes together.  Form in to a ball and cut in two pieces. Form
each
into a round flat disc and refrigerate for 1 hour.

The secret to a good crust is to not over handle the dough.

Use the same recipe above for the pie but instead of a top crust
use an apple crisp topping.

1/2 cup brown sugar
1/2 cup white sugar
1/2 cup flour
1/2 cup oatmeal
1/2 cup butter
cinnamon to taste
Mix ingredients together and cut in the butter
with a pastry cutter, or just use your fingers to mix in the butter.
Posted by Thibeault's Table at 7:11 PM